What really drives the poor

What really drives the poor

A chance encounter between a hungry economist and a woman selling dosas on a street would not be worthy of mention—unless the economist happens to be Abhijit V. Banerjee.

The two met in one of the poor neighbourhoods of Guntur, a small town in Andhra Pradesh. At around 9 one morning, the 49-year-old economics professor from the Massachusetts Institute of Technology (MIT) was tempted to buy a dosa for breakfast. The street was lined with women selling fresh dosas. Banerjee and a local colleague walked up to a woman in a cream-coloured sari, who seemed to be less busy than the others. 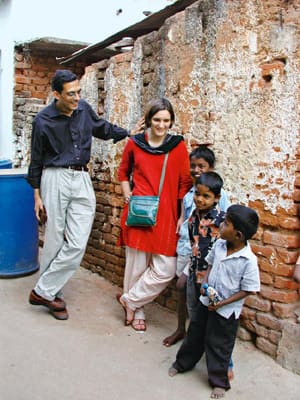 The story of the women in Guntur offers some explanations about why the poor find it so difficult to improve their lot: Their tiny enterprises cannot be scaled up and multiple occupations do not allow them to specialize in a particular task. The dosa makers made their way into a brilliant paper on the economic lives of the poor, written by Banerjee and 38-year-old Esther Duflo, his MIT colleague and winner of the prestigious John Bates Clark medal awarded by the American Economics Association to young economists under the age of 40. Almost one out of every two Clark medal winners has eventually landed the Nobel Prize.

Some of the insights from that 2006 paper have been expanded in their new book, Poor Economics: Rethinking Poverty and the Ways to End It, that is due to be released in India next month. The book has already made waves in the West. “It has been years since I read a book that has taught me so much. Poor Economics represents the best that economics has to offer," wrote Chicago economist and Freakonomics author Steven Levitt in a review. 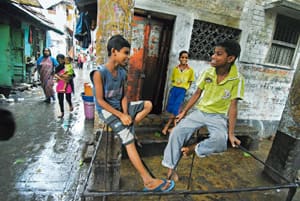 The two MIT economists, who are directors with the Abdul Latif Jameel Poverty Action Lab at the MIT campus in Boston, use field experiments to understand the lives of the poor. Their basic technique is borrowed from the world of medical research, through controlled trials. Two groups of people are selected at random. One group is exposed to a small intervention and the other continues to live its life as before. The MIT team then sees whether the outcome in the first case is large enough to justify spending on it.

“What spending time with the poor taught me is that the poor have much more complicated lives than us, and they have to manage their lives like hedge fund managers," says Duflo. “Not having to worry about most everyday chores like getting clean water or collecting fuel, we have time to focus on other things."

Listen to the Lounge PodcastDownload here

A few years ago, the two economists were working in the Udaipur district of Rajasthan when they noticed that women were not bringing their children into government clinics for free immunization. Why were these women not taking advantage of a scheme designed to help them? More importantly, how could the problem be fixed? The MIT team designed a now-famous experiment. They gave women in some villages two pounds (around 0.907kg) of dal when they came in to get shots for their children. Soon, the word spread and immunization rates soared. It is not surprising that their most favoured policy suggestions are dominated by simple solutions such as these (see A guide for the state).

Some of the most insightful work from Banerjee and Duflo is on the way poor families spend money. It is usually assumed that poor families are hungry and will use every extra rupee that comes their way to buy additional calories. Banerjee and Duflo found out in their fieldwork that the poor often prefer to spend their extra money on televisions or festivals or tasty but expensive food. “Generally, it is clear that things that make life less boring are a priority for the poor," they write in their new book.

“They don’t just need nutrition that will keep them alive longer—they also need a reason to want to live longer. Being healthier by denying yourself the little pleasures you can afford, a cup of tea or a bowl of steaming rice, makes little sense if you have nothing else to look forward to," says Banerjee. “I think they make exactly the choices I would make in their place as regards food."

Banerjee grew up in Kolkata, in a house that was at the edge of a large slum. His friends from the slum had more free time and beat him at every sport. “I cannot remember a time when I was not curious about the funny lives that the poor lived. Not particularly sympathetic, bit curious," he says. Though his parents were economists, Banerjee came to the subject only after abandoning his first academic choice that proved to be too boring for him. 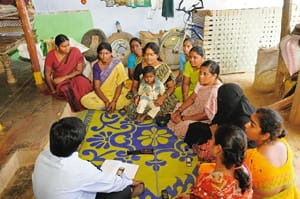 A meeting of microfinance borrowers at Domakonda village in Nizamabad, Andhra Pradesh, in November. Bharath Sai/Mint

Their groundbreaking use of field experiments and household surveys has brought fresh life to development economics. Billions of dollars are spent every year on programmes meant to help the poor, but neither governments nor aid agencies seem to have a good sense of what works and what does not. There is not enough evidence—a favoured word in the lexicon used by Banerjee and Duflo—on what really needs to be done.

In India, we have seen huge government programmes pushed through with flimsy empirical support. “Hundreds of things are tried but what really works on the ground? For example, has the Janani Suraksha Yojana really brought down maternal mortality? Does deworming improve school performance? Does the shift of the name on pension cheques from the grandfather to the grandmother increase the probability of the granddaughter going to school? Abhijit and Esther have done masterly work that offers us a way to extract signals from the overall noise," says Nachiket Mor, chairman, IFMR Trust.

Banerjee and Duflo have brought a rare microeconomic focus to development economics, akin to the revolution in the 1970s when macroeconomics was bolstered with microfoundations. In simpler language, it means that the big picture is built only after understanding what the details on the ground are. For example, they have shown that panchayats run by women tend to spend more on public goods (such as clean water) that are preferred by women. This same respect is evident in their responses to a question on whether the poor should be given food or cash, and more specifically whether giving them cash would mean that the money would be frittered away on drink and entertainment—an issue that has led to animated debate in India.

“I am sure people will use their cash to buy what they want and that will sometimes be a trinket or a drink. But unless you give them more food than they would have bought in any case, they can also do that with the money they save because they get food from the government. And if they think they have too much food they can just sell it. In the old days, when people like my parents were entitled to ‘rations’, it was customary to sell your low-quality rice and wheat rations to the poor," says Banerjee.

Adds Duflo: “I think it would be quite patronizing to try to explain to the poor that they have the wrong preferences, and that they need to change. We would do exactly the same thing if we were in their circumstances." She then offers concrete solutions. “Instead, we should make sure it is easy and cheap for them to get the nutrition they need, while eating the foods they like to eat. In this way, they would be able to get both a television and adequate nutrition. For example, if salt fortified with iron and iodine was a bit cheaper than regular salt, then both adults and children would be less likely to suffer from anaemia. It would be great use of public money."

However, there are many economists who feel that the sort of work that is done by Banerjee and Duflo is a fad and underestimates the deeper structural reasons for mass poverty. In its March-April issue, Boston Review has a debate on the importance of randomized control trials—one type of experiment favoured by the MIT Poverty Action Lab. In his contribution to the debate, economist Pranab Bardhan begins by saying that random evaluations have enriched economics, but adds: “There are other issues in the discipline that may be ignored as the experimental programme becomes its own kind of fad: researchers often lose interest in important questions that cannot feasibly be explored using randomization methods. Some of these questions are historical, institutional, and structural in nature and have very little to do with the impact of simple treatments such as those of a micro-health or educational intervention."

Other critics ask whether micro studies that reveal behavioural patterns in a specific region can offer useful general rules for policymakers. When I asked Banerjee about these criticisms—though not specifically the points raised by Bardhan—he replied: “If you think about it, what are these great insights that really guide national policy? A few general ideas about the importance of some property rights protection, some recognition of the importance of market forces and exposure to foreign trade, etc. But even there we know that the general insights really do not go very far."

A GUIDE FOR THE STATE

The economists on what the Indian government should do

These are the things I would want it to try out and evaluate carefully as a prelude to scaling up (if successful, of course): a universal cash transfer to everyone 15 years and older based on biometric identification; free universal health insurance that covers treatment for catastrophic health events (accidents, major surgeries, etc.); clean drinking water within 200 yards of every home.

Small incentives for immunization (perhaps cash, or perhaps some health products that people would like, such as double fortified salt). Poor people are not against immunizing their children, but they keep postponing it.

A small incentive is a nudge that would remind them to do it. A reform of the curriculum that emphasizes basic skills (reading, writing and mathematics) at the primary level; and make both the necessary resources and the necessary incentives available at the school level to achieve that. The school system is currently entirely focused on producing a small elite of students, and everybody else is left behind. This is a huge waste of talent.

The next two would need an experiment to be tested, but are promising, and I would hope such an experiment can be run. First, I would like to see an experiment run with an unconditional, non-means tested, relatively small, cash transfer. We could answer your earlier questions: What will people do with the money? Will it be wasted or used productively?

Second, I would like to see an effective hospitalization insurance programme, where people would have access to high-quality network hospitals (including transportation), at a heavily subsidized premium.