Icannot recall a summer release schedule more primed for raging disappointment, or fannish ecstasy, than the one being unleashed this year. The millions of us who shed tears of validation (“I told you these movies can be good!") as the Joker talked scar tissue in that glorious summer of 2008 have held our collective breath for The Dark Knight Rises. Others have been waiting decades for Ridley Scott’s return to xenomorphology with Prometheus. But the event that has been built up most methodically, by inspired casting coups, over four audience-baiting years, is the Summer of Marvel. Composed of the one-two punch of Joss Whedon’s The Avengers and freshly rebooted The Amazing Spider-Man, the collective investment in dollars, professional futures and fanboy/girl hopes is inestimable. 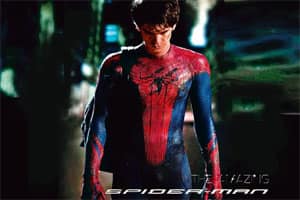 Why, then, am I still dubious?

The previous Marvel films were mostly superior pieces of entertainment. They did, however, showcase tendencies that are bound to be magnified in The Avengers. The most worrisome is authorship by committee. As much as the auteur-ish eccentricities of the casts and directors struggle to shine through, the work still drifts towards the executive-approved blockbuster templates of “one-liner, set piece, one-liner".

With bloated budgets at stake, the studio keeps a tight rein on the creatives, resulting in interchangeable explosion-filled third acts and two-dimensional supporting characters being forced into the screenplays. All you can do afterward is hire Kat Dennings and hope she rescues your bland material from the page. Instead of acquiring the direction bestowed by a strongly individualistic creative mind, the films end up airbrushed by consensus. Often, this is the consensus of a group of people who don’t read comics and perceive fans as mouth-breathers. Why, for example, should valuable effort be spent on writing a real female character? Scarlett Johansson’s bodysuit can take up the slack.

A still from The Avengers

The Amazing Spider-Man is another example of Marvel Studios’ occasional lapses in inspiration: the reboot of a series that began a mere decade ago. Spider-Man’s origin, hardly Shakespearean in its scope, is to be told yet again, in all its angsty glory. As always, the casting choices are uniformly strong. Andrew Garfield and Emma Stone will make a charming Peter Parker and Gwen Stacy. Rhys Ifans might not even need make-up to play either iteration of Curt Connors. Regardless, all the personality in the world can’t conceal the redundancy of this project, apparently designed to dip once again into the pockets of fans coming down from their Avengers high.

The films will probably be adequately entertaining. It is even possible that the superhuman collection of talent involved will trump encroaching Disneyfication; that the executives will trust the creator of Buffy the Vampire Slayer to write some intelligent dialogue for Black Widow or retain the soaring imagination of Jack Kirby’s original vision. More likely, the Avengers project will shoot itself in the foot by taking a group of pop culture’s most gloriously outré characters and forcing them into the most conventional of cinematic templates.

My hopes for the summer lie with Christopher Nolan. When in doubt, Batman.