Girl groups that made the Beatles

When the Beatles hit America in February 1964, many artists did not realise that their days as hit-makers were numbered. Though the Beach Boys and a handful of Motown stars held fast, most artists had to sound somewhat like the Beatles to have any chance of survival. And they didn’t.

It’s ironic that the Beatles would supplant many of the artists who were their original inspiration. Apart from rock ’n’ rollers like Elvis Presley, Chuck Berry, Little Richard, Carl Perkins and Buddy Holly, the Beatles extensively mined the catalogue of girl groups, who were all the rage in the late 1950s and early 1960s. Indeed, the lads from Liverpool owe a huge debt to these short-lived stars who once packed the pop charts.

Of all the Beatles, John Lennon (who would have turned 75 tomorrow) was probably the one who was most enamoured of the sounds of these now largely forgotten black R&B and doo-wop groups. Lennon has cited Rosie Hamlin of Rosie and the Originals as one of his favourite singers. He apparently had a thing for the Originals’ 1960 number 5 hit Angel Baby, featuring the 15-year-old Hamlin’s distinctive high-pitched vocals. One can even trace hints of that kind of vocal delivery in Lennon’s own singing.

The Shirelles, the Donays, the Marvelettes, the Cookies, the Crystals, and many others found place in the Beatles’ live repertoire. Some of the songs by these women sneaked into the early Beatles albums. Nowadays, it would be rare to find a male rock band covering female artists. One girl group that was evidently a Beatle favourite was the Shirelles. They covered two of their tunes on their first album, Please Please Me—Boys and Baby It’s You. The Shirelles, who were fronted by Shirley Owens, came from Passaic, New Jersey, and are probably one of the most representative girl groups. They produced two classics—Will You Love Me Tomorrow and the pop masterpiece Dedicated To The One I Love.

The Beatles version of Boys was sung by Ringo Starr. Apparently it was the band’s drummer song and before Starr, Pete Best used to handle vocals at live shows. On a casual listen, one might mistake the Beatles’ version to have gay undertones; however, they actually changed the gender pronouns (something which was commonplace when men covered women’s songs and vice-versa): “My girl says when I kiss her lips." 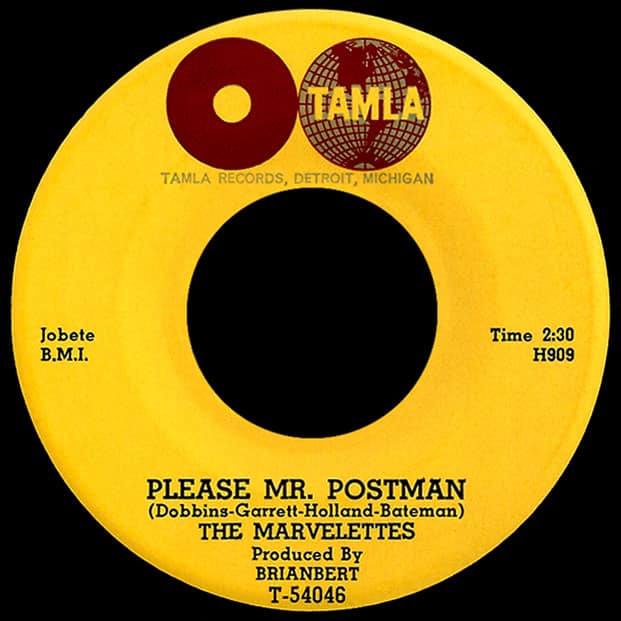 Please Please Me also featured Chains (sung by George Harrison), which was a minor hit for the Brooklyn girl group, the Cookies. In the late 1950s, singing as the Raelettes, they were Ray Charles’ backing vocal group. The Mop Tops’ second album, With the Beatles, also featured a couple of tracks by girl groups, the pop smash Please Mr. Postman and the rather obscure Devil In Her Heart. Please Mr. Postman by the Marvelettes was the first number 1 hit for Motown Records in 1961 and Gladys Horton’s gritty vocals were a perfect match for Lennon’s rasping voice. But no matter how hard he tried, it was no match for the manner in which Horton utters the memorable lines: “Delivah de lettah/De soonah de bettah."

By the time the Beatles album Help! appeared in 1965, there were hardly any covers, let alone those by girl groups. But their style filtered into the Beatles’ own songs, especially in the way they created their background vocals. There are many examples—Hold Me Tight, It Won’t Be Long, You’re Going To Lose That Girl or Tell Me Why, which Lennon referred to in a 1980 interview, describing it as a “black-New-York-girl-group song."

Discussing girl groups, the noted music critic Greil Marcus wrote: “The music was perhaps the most carefully, beautifully crafted in all of rock and roll."

Well, the Beatles only borrowed or stole from the very best.