The feminist subtext in ‘Phobia’

Watching Pavan Kirpalani’s compelling, creepy film Phobia, about a young artist who has a traumatic experience and becomes agoraphobic—afraid to leave her apartment or be around people in social situations—I thought about other iconic films in this subgenre, works of psychological horror that confine themselves to an indoor location and toy with the line between the real and the supernatural. Two that come instantly to mind are Stanley Kubrick’s The Shining, about a caretaker losing his mind in the hotel that he and his family are spending the winter in by themselves (Phobia has a little nod to Kubrick’s film in the naming of its main setting, the Overlook Apartments), and Roman Polanski’s Repulsion, about a sexually repressed young woman having a nervous breakdown as she spends a few days alone in her sister’s house.

“Repressed" is not a word you’d use to describe Mehak (Radhika Apte)—not at first, anyway. Phobia opens with the Kafka quote “I am a cage, in search of a bird", and Mehak is initially presented as a free bird, no cages or fetters. She is a young, attractive painter—which is often filmic shorthand for “bohemian lifestyle"—and in the first scene she is at a party, glamorous and confident, surrounded by men-friends, chattering away about a 70-year-old who may have been hitting on her. This story culminates in an eerie twist that prepares us for the strange things that subsequently happen to her, but which will also allow us to wonder about her state of mind and her capacity for making up things.

Here, on the face of it, is a cosmopolitan narrative about a modern, liberated woman. And yet, I felt the film had an intriguing feminist subtext—I saw it as a parable about someone who, having perhaps become complacent about her privileges, has her wings clipped and then must fumble her way towards (a more hard-earned) freedom.

To clarify: I’m not endorsing Phobia only on the grounds that it is about something “important". The first function of a good horror film—long before it makes you think about buried themes and ideas—is to get under your skin while you’re watching it in that darkened hall (not on your blasted iPhone!), and Phobia works on this visceral level. Some of the scary scenes—even the ones that draw on genre tropes such as a “ghost" crawling out of a bathtub—are very effective, as is the set design, with its black-and-white paintings of people in spare, desolate settings that mirror Mehak’s situation. (I half-expected the film to end with a Shining-like scene, with Mehak trapped inside one of those old-world pictures!) Like many fine horror films, this one doesn’t reveal all its secrets—even when the story has reached something of a resolution, it leaves you with the feeling that some things still lie just out of sight. And Apte’s outstanding performance is a reminder that psychological horror depends so much for its effect on good acting. It’s telling to contrast Phobia with the 2013 Aatma, which is also about a woman being spooked: one reason for the difference in quality between the two films is the gap between Bipasha Basu’s one-note performance in that one and Apte’s utterly believable one here. 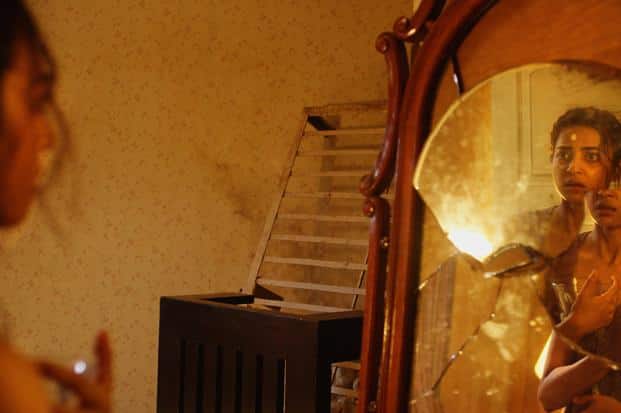 In other words, Phobia is perfectly satisfying as “just" a horror movie. But it is also worth engaging with what is going on here at a sub-narrative level. Consider what happens in the film’s first 15 to 20 minutes (and no, this isn’t a spoiler): a self-assured young woman suddenly finds herself in a situation where she is a defenceless victim, cowering before a male assailant. And significantly, this occurs just after she has rejected a sexual proposition made by Shaan (Satyadeep Mishra), the friend who was sharing a taxi with her. They have slept together once before, he is hoping it might happen again and invites her up to his apartment, and she says no, not tonight. So he says a genial goodbye and gets out of the car. But it is almost as if her simple act of exercising choice has shaken the natural order of things and invited the fires of hell on her: the cab-driver takes advantage of her drunken sluggishness and attacks her—an attack that wouldn’t have happened if she had said yes to Shaan. And the long-term result is that she becomes highly dependent on Shaan, who moves her to a new flat and cares for her.

None of this, it must be stressed, happens overtly: Shaan is not the stereotype of a chauvinist bully, and everyone wants Mehak to be “cured". But the upshot is that she is now safely in a cocoon (or a cage), the way some people expect a “good" woman to be: at home with dozens of bottles of mineral water and regular supplies of food (brought by Shaan – the caveman-provider?), wary of the world outside her door, every visitor seeming a threat, no real motivation to step out or meet anyone.

One possible interpretation of that Kafka line is that even when we are seemingly free, we carry invisible cages with us wherever we go. What if society doesn’t let you be everything you’d like to be? What if the sensitive, metrosexual friend-cum-occasional-lover turns out to have a hidden patriarchal side? This film is in some ways reminiscent of Navdeep Singh’s NH 10, which also had a resourceful young woman having her sense of self undermined, her confidence bruised (and again, this happened during an attack while she was in a car). There is a hint of agoraphobia in that story too, in the way the Anushka Sharma character is plucked out of her familiar urban habitat and must rediscover herself in the wide open spaces of the Haryanvi hinterland. 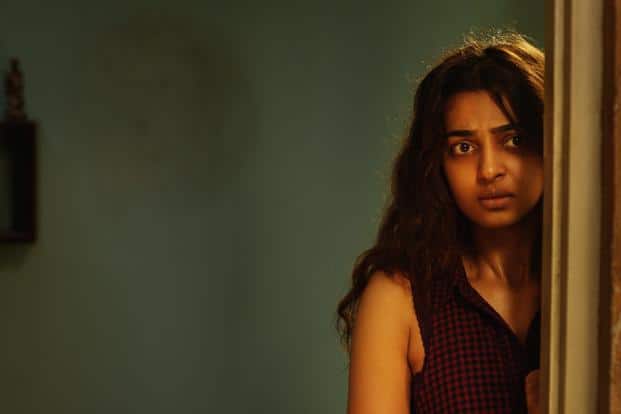 At a time when many writers and directors are creating stories about strong women facing the challenges of holding their own in an oppressive society, Phobia is a fine example of how the theme can be treated within the framework of horror. I was halfway through writing this piece when I checked the Wikipedia entry for Agoraphobia and found the following sentence: “Researchers have found similarities between symptoms of agoraphobia and the stereotypical female sex roles cast upon society […] the socialization of stereotypic feminine behaviour – helplessness, dependence, unassertiveness – contributes to the development and maintenance of the characteristics of agoraphobia".

That sounds like a pat association, but it has clear relevance to this story. No wonder the last scene, Mehak stumbling along unsteadily like an infant learning to walk, but finally making her way out of the building—whereas she could barely take a few steps out of the apartment door earlier—carries such a sense of release.

Phobia released in theatres on Friday.