Trials of the ‘jobless’ hero

Even in a time of downturn, most educated young Indians today inhabit a job market miles removed from the India of the decades preceding liberalization. But public memory is always short, and one generation’s shared experience often erases that of the previous one. The array of urban job options available today to the graduate, or even someone who’s just finished school, will probably ensure that in a decade we will have all but forgotten the moment in middle-class Indian life when, to quote a line from Sankar’s novel The Middleman, “if you had a job you were blessed". 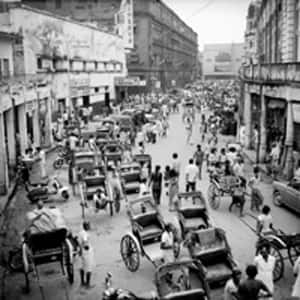 The protagonist of The Middleman is Somnath Banerjee, the youngest son of a retired judge. Unlike his two elder brothers, who have done well for themselves and made good marriages, Somnath is a struggler, an unexceptional individual seeking a place in a world which has its own peculiar ways of judging merit. Although Somnath is badly off, his family is not in need of his income. His struggle is personal, not familial, and there are many supportive presences at home, including his tender-hearted sister-in-law Kamala. Some people have it worse, such as Somnath’s friend Sukumar, who must find a job urgently to support his large family. Sankar expertly depicts the fellowship of these two hopefuls, but does not fail to remind us of their differences.

Somnath realizes that time is running out: “If he couldn’t become self-reliant now, he would no longer remain human." On the advice of an acquaintance, he decides to go into business. The novel now leaves behind the world of the salaried (except for brief glimpses into the life of the luckless Sukumar) and moves into the adjacent world of entrepreneurship. What should Somnath buy and sell? How are contacts to be made and how is business to be generated? Can one hold on to one’s own values in the world of commerce, or is one to fall in line with the rest? Sankar makes us consider all these questions through the figure of Somnath, and his portraits of small-time traders, speculators and agents are vivid and memorable.

Somnath realizes that to succeed in such a world—which is, after all, the only world which has offered him an opportunity to be human, albeit a morally impoverished human—he will have to jettison some of his beliefs and compunctions. 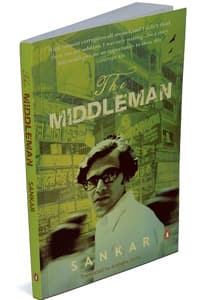 But although it has had to wait the longest to be translated, Sankar’s novel is a more satisfying experience than the other two because of the excellence of its narrative craft.

Although it is written in a smooth, unornamented prose, the novel has a deceptively simple narrative. One would have to draw a diagram of the plot to see how deftly Somnath’s encounters with the different people in his life, his shuttling between home and the world, are laid out. There is a heartbreaking tenderness about some of the family scenes, and then a powerful hunger and ruthlessness about the world of deals and commissions; yet these realms are not a pair of simple contrasts, and at times it appears that it is the family that is unreasonable and the world of commerce a better arbiter of worth.

Although Sankar’s language is naturally something that would not lose much in translation, Sinha’s skill is especially evident when it comes to his magisterial rendering of dialogue. This is transparently one of the greatest of modern Indian novels, and though it has crossed the borders of its language belatedly, its second innings is sure to be even longer than the first.