When a cough can turn dangerous

When a cough can turn dangerous

Rajinder Singh has been Delhi-based entrepreneur Vinay Gupta’s driver for 20-odd years. He drives him to the office every day, takes care of his dry-cleaning and even replaces the cook on Sundays when Gupta takes his wife and children to their farmhouse in Gurgaon. A little over a year ago, Singh asked for sick leave—he had been suffering from a cough, fever and night sweats that left him drenched for a few days. When his symptoms persisted for two weeks, Gupta’s wife took him to their family doctor. An X-ray and saliva sample showed Singh had tuberculosis (TB). He was immediately put on a six-month course of antibiotics. 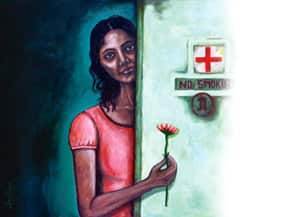 Spirit of Life by Soni Singh

The girls were not infected. Gupta and his wife were advised to watch for the symptoms, though the doctor didn’t expect the children to get the disease since they were both in excellent health.

Vivek Nangia, head of department of pulmonology at Fortis Healthcare, Vasant Kunj, New Delhi, says: “I have seen similar cases and the best thing is to get medical-check ups of the domestic staff done regularly. In case of a persistent cough accompanied with fever and night sweats, it’s best to consult a physician immediately."

The ABC of transmission

According to the World Health Organization (WHO), almost a third of the world’s population is infected with TB and a fifth of those live in India. That’s about 400 million people. The good news is that 90% of these people never get the disease, says Sriram Tripathi, pioneering researcher in tuberculosis and former head of the National Tuberculosis Institute, Chennai. In other words, if you are healthy and infected, your immune system will prevent you from becoming sick and also prevent transmission of the infection to others.

TB is caused by bacteria that thrive in an oxygen- and blood-rich environment and hence primarily affects the lungs. It can be found in other parts of the body, such as the lymph nodes, heart, bone, skin and kidneys, but that is less common.

The disease spreads when you breathe out air containing TB bacteria and another person in close contact with you breathes in this infected air. This can happen when you cough, speak, sneeze or even laugh. You would generally transmit the infection to someone living or working with you, but you could also pass on the illness during a ride in a congested bus or train. Acquiring the infection, however, is not the same as getting the disease—you could be a TB carrier your entire life without getting the disease or passing it on.

In fact there is only a one in 10 chance that you will get the disease if you are infected. And even if you do get the disease, as long as you take the treatment prescribed, in three-four weeks you will no longer be contagious, and in about six months you’ll be cured.

How to spot the symptoms

The programme rests on pioneering medical research done in the 1960s by Dr Tripathi. Prior to this, TB treatment could go on for 18 months to two years and only half the patients would be treated successfully—the drugs needed to be taken regularly for several weeks and patients would stop medication once they felt better. In the DOTS plan you are administered the antibiotics by a health worker, and as a result the success rate is over 90%.

Multi Drug Resistant TB is a form of TB that responds only to a second line of antibiotics. It is found in many countries, and when WHO did a survey in 2008, of the 440,000 new cases, they estimated that 50% were in China, the Russian Federation and India. XTB is a new strain of TB that doesn’t respond to even the second line of antibiotics. It is a physician’s nightmare as it is very difficult to treat.

• Medicines to treat autoimmune diseases such as Crohn’s disease, rheumatoid arthritis, and psoriasis

• Medicines to prevent organ rejection after a transplant

you’ll get TB if you are HIV+ is very high, says Dr Tripathi. He adds that 5% of the new TB cases in India every year can be attributed to HIV.

The face of another

The first painting Stefan Eicher made for his latest series is titled Bed No.121. The second is simply called Mohan—the name of a railway clerk.

Eicher, also the director of Art for Change, a charitable trust dedicated to championing art for upholding human dignity, was among 22 artists who underwent an orientation programme interacting with TB patients at the Rajan Babu Tuberculosis (RBTB) Hospital in New Delhi in September, before proceeding to create artworks on the theme of tuberculosis. The 38 artworks will now be exhibited as Chehera: The Human Face of TB in a day-long show on World TB Day on Thursday, at the Religare Art Gallery in New Delhi.

The disease kills 700-800 people in India every day, says Christo Mathews, advocacy officer at Global Health Advocates (GHA) India, a Chennai-based health policy advocacy NGO. GHA approached Art for Change for this initiative and roped in the Confederation of Indian Industry (CII) for support. “TB is one of the major causes of market failures as it tends to afflict workers. We regularly work with the CII because corporates can use their influence to help create pro-TB policies," says Mathews.

The show will see a range of work—from L.B. Singh’s symbolic approach to the implications of the disease for a family, to Megha Joshi’s installation pondering the TB-afflicted person’s place in the world.

Chehera: The Human Face of TB will show at the Religare Art Gallery, New Delhi, on 24 March, 10am-8pm.

Sujata Kelkar Shetty, PhD, writes regularly on public health issues and is a research scientist trained at the National Institutes of Health in Bethesda, US.