Thanks for Visiting Mint
You seem to have an Ad Blocker on. Please turn it off in order to continue, or whitelist Mint
HOW TO TURN OFF AD BLOCKER
OR
REFRESH IF YOU ALREADY TURNED OFF THE AD BLOCKER
Home >Mint-lounge >Features >Netflix alert: 2016 premier dates for shows announced

If you haven't signed up for Netflix just yet, do so now

There is no stopping Netflix. After rolling out the popular streaming service in 129 countries—the only big country now left is China—they have now announced the premier dates for 11 new shows, including Netflix Originals. The list includes Orange is the New Black, Unbreakable Kimmy Schmidt as well as Grace and Frankie. These shows will be available to all Netflix subscribers, irrespective of the tariff package you have chosen. However, what is not entirely clear at present is whether all these new shows will be available to users across the world, or limited to a few countries initially—content licence agreements dictate that.

Here’s a look at some of the potentially exciting new shows, the premier dates and a bit about the storyline. This will see the return of Will Arnett. Some of you may remember him from the Netflix and Fox sitcom Arrested Development. This will be an 8-episode comedy season, which will follow Arnett’s character Chip, a long-time resident of Venice, California. Chip is a self-help guru who is struggling to stay a step ahead of his own lies, in the midst of a love triangle.

It is a sort of That ’70s Show reunion with Ashton Kutcher and Danny Masterson featuring in this 10-episode comedy. Kutcher, who plays the son of a Colorado rancher, returns home after a failed attempt at being a football player to run the family business with his brother, Rooster (Masterson).

This is what Netflix is calling a live-action series which follows the musical careers of young artists as they try to break into the music industry. Could this just be Netflix’s version of the reality show American Idol?

This Emmy-nominated comedy series returns in the spring, and retains the star Ellie Kemper. She is well known for her role in the comedy series The Office. Rescued after 15 years in a doomsday cult, Schmidt (Kemper) reclaims life in the vibrancy of New York city, with a rather genuine enthusiasm. This political drama stars French actor Gérard Depardieu, and revolves around the power struggles in the port city of Marseille, France. Robert Taro (Depardieu) is the city’s Mayor for the last 20 years. His successor has already been designated, but the latter’s behind-the-scenes politicking is the twist in the plot. And since it is Marseille, you will get beautiful locations to go with what seems to be a rather gripping plot. 17 June: Orange is the New Black 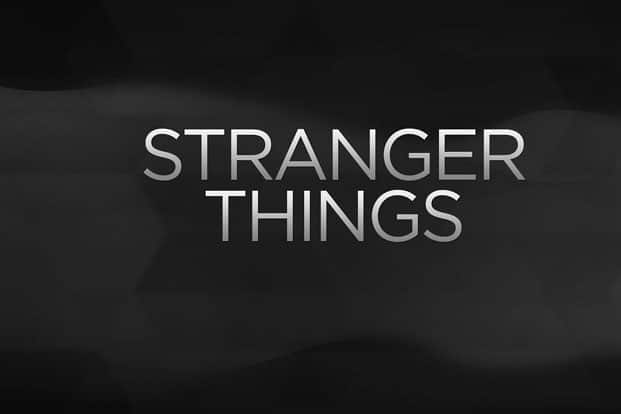 This supernatural drama revolves around the disappearance of a young boy from a small town in Indiana, US. This will be an 8-episode series, and there is the promise of secret experiments, terrifying supernatural forces, and one very strange little girl as the hunt for the missing child continues. It stars Winona Ryder in the lead role, as Joyce.