Home >Leisure >How the recession has fuelled chick lit

How the recession has fuelled chick lit

How the recession has fuelled chick lit

Hard times make for good writing. War, riots, terrorism, famine, anything that involves death is a gift that keeps on giving to scholars and novelists alike. But how do we write about the less spectacular malaise of economic calamity? A first-person account of the crippling loss of work, home, and identity, perhaps? Or a stunning novel laying bare the slow disintegration of love and self-respect in the face of penury. Maybe an insightful analysis that exposes the how, who, where and whys of a catastrophe. 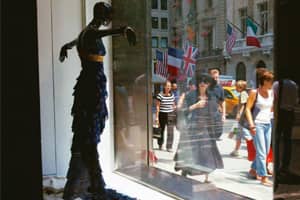 The Great Depression of the 1930s inspired all of the above and more in the US and Britain. Now these same nations are in the grip of a double-dip recession, financial meltdown and real estate crash, a perfect storm of economic misery that has prophets of doom predicting far greater woes to come. Bring on the good stuff, right?

Here’s the bad news: Recession-lit is, thus, far more likely to be recession-lite, weak in literary value or scholarly heft. The good news? Some of it is a whole lot of much-needed fun in these anxious times.

Recession-lit’s most popular character is undoubtedly Bernie Madoff. The colourful, flamboyant swindler-broker who conned not only his investors but all of Wall Street is an author’s dream come true. In Betrayal: The Life and Lies of Bernie Madoff, Andrew Kirtzman paints the picture of an insecure teenager “rejected by girls who deemed him mediocre", spurring him to conceive “a spectacularly ambitious path to conquer Wall Street at an early age". Low self-esteem leads to hunger for money by all means necessary, creating the requisite conditions for the inevitable fall. It’s melodramatic, predictable and Gatsby-esque. Why read Kirtzman when we have Fitzgerald?

If we can’t have great writing, it’s best to settle for the always satisfying cheap thrill, as in Sheryl Weinstein’s Madoff’s Other Secret: Love, Bernie, Money, and Me. There’s not much “love" in this ex-mistress’ tell-all, which lets us know that Bernie dear is a “great kisser" with a small penis. “This man was not well-endowed," claims Weinstein, confirming the Kirtzman hypothesis. There’s a lot more of the same in Jerry Oppenheimer’s Madoff with the Money, detailing his penchant for blonde secretaries.

The literary problem with the current economic debacle is that its architects are irremediably inane, self-absorbed and shallow—and, therefore, perfect for chick lit—the first fictional genre to wholeheartedly embrace the recession. Hedge Fund Wives by Tatiana Boncompagni, Social Lives by Wendy Walker, The Penny Pinchers Club by Sarah Strohmeyer and The Summer Kitchen by Karen Weinreb detail the travails of affluent women suddenly burdened with shrinking bank balances and AWOL or, worse, imprisoned banker husbands.

What’s a Fifth Avenue socialite to do? Tap into her girl power, of course. “One of the big motifs in these books is a sort of empowerment," says Jonathan Segura, an editor at Publishers Weekly, who told The New York Times, “Swathed in Gucci, Prada and what not, their protagonists realign their priorities and realize, ‘Oh, I don’t need that Givenchy gown. I can look great in Eileen Fisher, too’". Sacrifice, it’s the American way!

Recession-fiction may not be all babies and baubles, at least not according to rumours circulating at the recent Edinburgh International Book Festival. William Boyd’s latest thriller, Ordinary Thunderstorms, to be released this month, is all about corporate corruption, while the central character of Sebastian Faulks’ A Week in December is John Veals, “a shadily successful and boundlessly ambitious Dickensian character who is trading billions". Let’s just hope Faulks gives him better taste in women than Bernie.