Terrorism, realism and 'rurban' settings are trending topics in our new crime writing

Lately there’s been a fair amount of talk about Indian crime fiction. Every self-respecting magazine has done a story on it (and in the process interviewed various opinion-mongers like yours truly), in order to announce either that the scene is hot and happening, or that there’s no scene whatsoever.

Let us therefore, like good detectives ought to, examine the evidence. 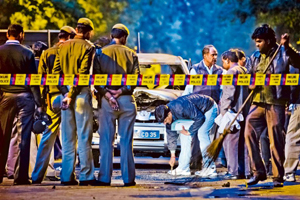 I don’t know about you guys, but I wouldn’t like to limit my definition of crime fiction to the expected who-dun-its, how-dun-its and what-on-earth-for-dun-its, run-of-the-mill pulp that constitutes the traditional core of detective plots. Even a serious novel can provide thrills.

One of the best reads I’ve come across this year, therefore, was hiding behind the awkward title How to Fight Islamist Terror From the Missionary Position. But as I started reading, it occurred to me that, had he been alive in this era of constant terror threats, this could well be something written by Graham Greene. If, like me, you treasure Greene’s The Quiet American, you will enjoy Tabish Khair’s story about mistrust among expat South Asians in a small town in Denmark, where friends begin to suspect each other of being dormant terrorists. The set-up is evocative: There’s a possible crime, a very likely criminal, but then Khair suddenly turns the tables on his reader in the final hour. 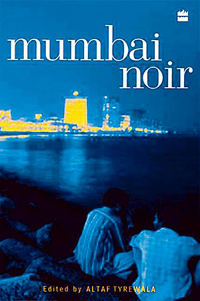 How to Fight... is only one out of a slew of recent books that deal with terrorism. It’s a key element in Mumbai Noir, edited by Altaf Tyrewala (this is the follow-up to Delhi Noir and comes packed with more noir and more of everything else. Fifteen Mumbaikars or semi-Mumbai writers dip their quills into jugs of blood, oftentimes touching upon how the city has been bombed and shot up time and again, and yet how life resumes normalcy, “once the corpses and debris have been cleared out".

Tyrewala goes on to note: “Or maybe that’s a wrong way of looking at things. Maybe Mumbai isn’t just one city, but an organic conglomerate of innumerable subcities, each thrumming to its own vibe. A tragedy in one part of Mumbai barely registers elsewhere." 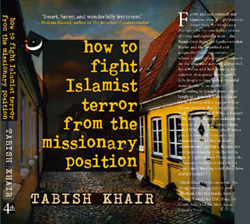 If you’d care to follow this up with forensic reportage, I should mention that I haven’t read anything more terrifying than The Meadow, by investigative journalist team Adrian Levy and Cathy Scott-Clark; a narrative non-fiction book about a bunch of hapless tourists who go to Kashmir only to get kidnapped by militants—reading this will prepare you for a genuine worst-case holiday scenario (reality literature seems to be increasingly hot, for just the other month I found myself at the Bangalore launch of Meenal Baghel’s Death in Mumbai: A True Story in which we get a detailed crime reconstruction of a strange case of Bollywood love gone sour, resulting in one partner in a ménage-a-trois being hacked into pieces).

However, if analytical isn’t up your dark alley, then go for the latest muscle-ripping adrenaline-pumping pulp—in The Terrorist, by Juggi Bhasin, the Special Forces operative Suvir Suri is called in to save India.

But another current trend takes us in the very opposite direction of metros and mayhem, back to the village... where peace is shattered by death. A whole bunch of new novels concern crime in rural milieus, though again I must quote from Tyrewala’s preface to Mumbai Noir, where he points out that the city isn’t much removed from the village in India, but “under its urban facade, the city comprises numerous village-like communal ghettos where people of similar religious and caste backgrounds can flock together". Among the more straightforward who-dun-its of the season, with a wonderful village setting, is Murder in Amaravati by debutant Sharath Komarraju. It’s enjoyable because the author takes us to rural Telangana, where the “village hostess" Padmavati, the heart-throb of every uncle in the district, is found dead under mysterious circumstances. Constable Reddy, who has never had to handle a murder investigation before, decides that even if the woman was into hanky-panky, justice must prevail.

Criminality abounds in Nikita Lalwani’s new novel The Village, in which a BBC documentary film team is flown to Rajasthan to a village whose entire population turns out to be murderers. One of the crew, a non-resident Indian (NRI) girl, is hit by severe culture shock compounded by amoebic dysentery, and she sees her career crumble, as the criminals of the village begin to appear more human than her BBC colleagues.

If classic mystery writing is the name of your game, then you’d do well in also checking out The Rhythm of Riddles by the grandmaster of Indian genre fiction, Saradindu Bandyopadhyay; this new edition contains three Byomkesh Bakshi novellas freshly translated by Arunava Sinha, and, incidentally, one is set in rural Bengal. Another treat for the lovers of cosy crime is the latest in the Vish Puri series, The Case of the Deadly Butter Chicken by Tarquin Hall, who I profiled in my previous column.

The season’s flavours, then, are rural versus urban or what I’ve heard academics sometimes refer to as “rurban", and the concoction is, as often, peppered with the threat of terrorism and realism. Yes, it’s a wild world out there whether you’re in a town or hamlet, and while you carry the books listed above to your favourite reading armchair, to analyse the situation, my own reading list keeps growing.

The next few things to check out are Ruby Rush, an urban thriller by Harshita Magdum from the Bangalore-based Kannada/English press Ruvari, and soon after that Blood Red Sari, a forthcoming first title in a quartet, will mark Ashok Banker’s long-awaited comeback as a big-time crime novelist.

So while the monsoon cools us down, the feverish crime fiction scene displays all the signs of heating up.

Zac O’Yeah’s new novel Mr Majestic! will be out later this year.