A shoebox of stories

An exhibition of photographs of 1945 India by an unknown US soldier, and their 12 artistic interpretations

What would you do if you were at an estate sale and found a shoebox filled with 127 envelopes, each containing a negative and a black and white print taken around 1945, without the photographer’s name? You might just glance through them and move on, or you might just buy them to add to your collection. But some, a little “cuckoo", might go a step further and try to find the man behind them.

“We are crazy," says Jerri Zbiral, who, along with husband Alan Teller, bought that box 28 years ago in the American city of Chicago for $20 (around ₹ 1,300 now). Since then, they have been on an epic quest to find out who the photographer was. Most of the images are of Indian temples and rural life—people working in rice fields, catching fish, washing clothes, children playing.

“We figured that they were taken by an American photographer because of the spellings used in captions, like ‘theater’," says Zbiral.

After considerable help from historians, scholars and photographers, Zbiral and Teller—both photographers in their 60s—found that the man behind those pictures was an American soldier stationed in India during World War II. They also learnt that “10th PTU" at the bottom of each negative actually stood for “10th Photographic Technical Unit" of the XX Bomber Command, which was stationed in West Bengal from 1942-45. The unit was engaged in reconnaissance work for a possible invasion of Japan. In 2013, the couple landed in Kharagpur in search of Salua airfield, an American base during World War II, and found some of the places depicted in the images.

They have now put together an exhibition, Following The Box: An Artistic Exploration Of An Archive Of Anonymous Photographs From India, to showcase these images as well as their interpretation by 12 contemporary artists, including Sanjeet Chowdhury, Amritah Sen, Sunandini Banerjee and Prabir Purkayastha.

“The anonymity of the photographs offers a distinct flavour. And the lack of information forces the viewer to come up with his/her own interpretation," says Mangalam Swaminathan, programme director, Kaladarsana, Indira Gandhi National Centre for the Arts (IGNCA), where the exhibition is being held. 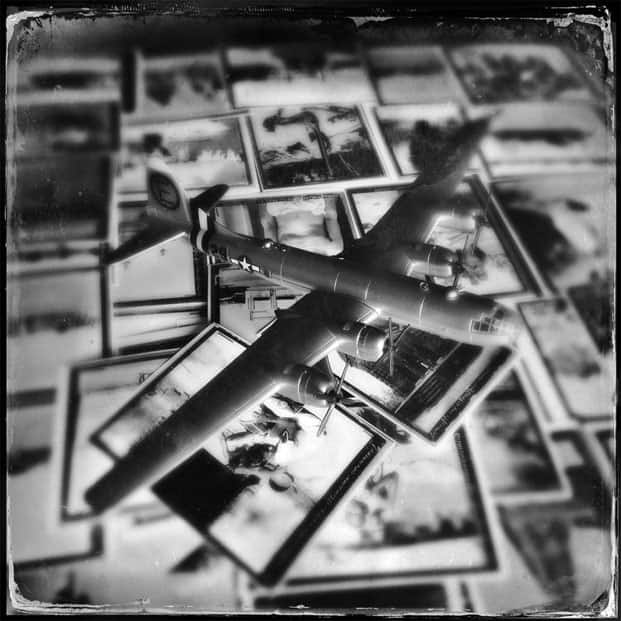 Following The Box: An Artistic Exploration Of An Archive Of Anonymous Photographs From India is on till 31 January, 10am-5.30pm, at the Exhibition Hall, IGNCA, Mansingh Road (23388155). The hall will be closed on Mondays and 26 January. For details, visit www.followingthebox.com