Growth in a Difficult Decade is a collection of essays by and about entrepreneurs for businesses of all sizes from across the world looking to achieve growth in a difficult decade. The book profiles entrepreneurs such as Howard Schultz, chairman and CEO of Starbucks Coffee Co., Donald Trump, head of The Trump Organization, and Ajit Balakrishnan, founder and CEO of Rediff.com, covering a range of industries—the retail, medical, software and online businesses. And the list is geographically comprehensive too—apart from three Indians, the book has over 60 profiles of entrepreneurs from north and south America, Europe, Australia, Africa and Asian countries, giving a global view of business and industry. 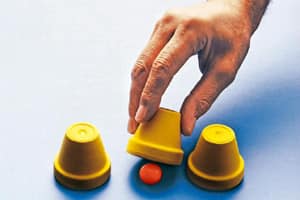 It takes drive and ambition to launch a successful start-up, qualities which are very evident in Hoffman’s story of biding his time to develop his skills before finally setting up his own business.

However, his experience has also taught him that adaptability is an important quality for any entrepreneur as he has previously explained: “The world is accelerating not just for the Microsofts and Googles; it’s accelerating for individuals and their careers, and in that acceleration how do you adapt quickly?" Hoffman’s experience with SocialNet (a dating website that he had launched in 1997) also taught him that the best product in the world will fail without the proper tactics to promote it. “At first, I thought all you had to do was build a high-quality product but the valuable thing is getting in front of millions of people," he has said in the past.

Even then, just because these boxes have been ticked, there is still no guarantee things will go to plan. That’s why, according to Hoffman, it’s vital to have a back-up plan. “You should always assume you will have both good luck and bad luck with your new company. Good luck is not as simple as “it worked out". Rather, this is when you discover a great opportunity and can quickly shift to go after it. Bad luck is what happens when your first idea doesn’t work. It doesn’t mean failure; it means you need to pursue plan B," he is quoted as saying.

And one of Hoffman’s key pieces of advice has been for entrepreneurs to throw away the rule-book if they really want to be a success. “Do not pay too much attention to rules set by other people. Entrepreneurs are inventors. They are successful when they make something work for the very first time."

The 2010s have been a challenging decade for many so far, but Hoffman has been able to pinpoint much the entrepreneur can do to help their company grow even so. Many successful businesspeople stress the importance of hiring and keeping the right staff, as indeed does Hoffman. Where he has placed the emphasis, however, is not on hiring people with decades’ worth of experience, but hiring people who learn fast instead. “You’re doing things that have never been done before, and the world and the competitive landscape are changing at hyper speeds. What you really need are people who can learn fast," he has said.

However, Hoffman is also known to place a great deal of importance on building a strong network, not just of employees but also of useful outside forces. “People tend to think that behind every great start-up is a single entrepreneur with a whizz-bang idea," Hoffman has said. “The reality is great companies are built by a number of people with talent who are surrounded by amplifying networks. The most successful entrepreneurs bring in advisers, investors, collaborators and early customer relationships". Having proper metrics in place to allow proper evaluation of performance is key too.

And finally a word to the would-be entrepreneur: To improve your chances of success, Hoffman advises finding something that breaks new ground: “Ask yourself: what is becoming possible or necessary that wasn’t possible before? Is a new product or service able to take over an existing market or create a new market?"