Among food critics, one of the classics of the food review genre is the piece Ruth Reichl did for The New York Times in 1993. Reichl was fond of going to restaurants in disguise to judge the quality of the experience offered to the average diner. She knew that previous Times critics (such as Mimi Sheraton) had valued their anonymity but also knew that restaurateurs recognized them anyway.

So Reichl invented personas and disguises for herself and wrote about the experiences of an anonymous diner. Sometimes, she contrasted the treatment offered to her when she was recognized to the way in which she had been treated when she was in disguise. 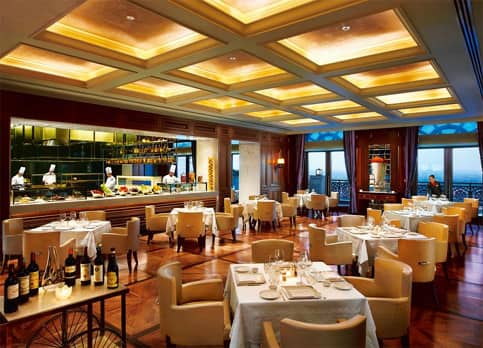 Fine dine: Le Cirque, Delhi, is the first one outside the US.

By her fourth visit however, Sirio Maccioni, the owner, had worked out who she was, and the treatment improved dramatically. Even though she arrived 20 minutes early for her table, Maccioni led her into the restaurant declaring, “The King of Spain is waiting in the bar, but your table is ready." And of course, the food was terrific and the service was excellent. 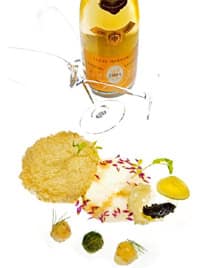 The iconic Lobster and Champagne Risotto.

Needless to say, they knew that I was a critic the moment I walked through the door. (Two days earlier a party of critics had eaten at the chef’s table and the management even remembered who had eaten what.) And given Reichl’s experience, perhaps I got far better treatment than the average punter would be offered.

Conscious that I was a marked man, I looked around the restaurant to see how they were treating the other guests. In all fairness, everybody seemed to be getting the same level of attention. The young couple at the table next to mine asked what a “Paupiette of black cod" was and the waiter explained the origins of the term “paupiette" with care, enthusiasm and without a hint of any kind of condescension.

As you may have heard, the New York Le Cirque is one of that city’s most expensive restaurants and the Delhi version seems set to follow in its footsteps. That said, I have to add that the elegant room and the excellence of the service contributed to a sense of luxury. This is a pricey experience but you don’t necessarily feel shortchanged. (And anyway, you high-flying corporate Mint readers probably eat at places like this every day!).

The New York Le Cirque is a French restaurant owned by an Italian. The Delhi version is trying to be less French and more Italian (isn’t everybody these days?) but the menu takes in both countries. There is a selection of Le Cirque classics and then there are dishes created by chef Abhaysingh Bhoite, or Micky as he is known, the Delhi restaurant’s chef, an Indian who was brought up in Italy.

We started with one of Micky’s creations, a French-style dish of Atlantic scallops on a layer of pancetta with broccoli and pine nuts. It was a well-conceived and perfectly executed dish which would have benefited from better-quality scallops. (Rs 1,150.)

The pasta course was a Le Cirque standard from the New York menu, Lobster Risotto. Here too, a French influence was evident in this most Italian of dishes: It used a classic lobster sauce, Americaine. When Reichl had the dish in New York she was not sure that the rosemary went with the Lobster—but I thought this version was a first-rate risotto (Rs 1,800).

My main course was a bonafide Le Cirque classic. When Daniel Boulud was the chef at the New York Le Cirque, he invented a dish of sea bass in crispy potatoes served with a Barolo reduction. Nearly 20 years later, Micky does his own version with cod, rather than sea bass, but it is as much of a classic as it was when Boulud invented it.

My companion had Micky’s re-imagining of that old haute cuisine standby, Tournedos Rossini. Micky replaced the medallions of the original with a slab of moist Wagyu beef, stuffed Wagyu tartare into the accompanying potatoes and stuck with the foie gras and truffle-madeira sauce of the original. Technically it was perfectly cooked. (It was ₹ 3,500.)

I found the dessert—another French dependable, the Floating Island—a little too heavy. I think the dish gets its character from the contrast between the lightness of the meringue and the sweet heaviness of the crème anglaise but here the meringue was too rich. (Rs 600.)

Still, that’s a tiny reservation about a meal that was flawless in all other respects. Yes, I do know that even though the restaurant did 45 covers that night, Micky probably cooked my food himself. And yes, it is possible that not everybody else got meals that were as perfect.

But hey, this is Le Cirque! It is the kind of place that’s full of fat cats who spend lots of money (my bill was ₹ 13,500 with two glasses of wine) and will probably go there often enough to be recognized as regulars.

And who knows? They may even bump into the King of Spain at the bar.

Le Cirque opened at The Leela Palace, Chanakyapuri, New Delhi, in the first week of August. For reservations, call 011-39331220.