Opinion | Do we really need macho metaphors of bloody battles to sell commodes and fruit juices?

It’s a WAAAR out there!

A friend of mine can’t stop talking about this phaadu sales conference he just attended. His company is launching a range of 100% vegetarian juices called “Phalahari". They all stayed at a fancy five-star hotel, and the advertising agency and public relations people made the most rocking audiovisual (AV) for the launch, featuring all the senior management doing this really macho dance, in white frock kurtas with kajal in their eyes.

He said: “It was that war song from Bajirao Mastani. Malhari. Except, haha, they called it ‘Phalahari’. And they changed the lyrics and all—cunningly replaced ‘dushman’ with ‘competition’ so the chorus went ‘competition ki dekho toh vaat lauli’. It was too good, ya!"
“How original!" I tell him.But he refuses to be dampened.“I got solid feels, boss!" he avers. “I got goosebumps!"Well, of course you got goosebumps, I want to say. It’s a multi-award winning song composed by Sanjay Leela Bhansali and sung by Vishal Dadlani and they must’ve played it on the biggest speakers they could find.

“And they gave us these small replica swords as takeaways," he continues. “With ‘competition ki dekho toh vaat lauli’ engraved upon them! Look!"

He waves this slightly dented memento at me. I examine it.“What’s that waxy substance at the top end of it?" I ask.“Oh, I used it to clean my ears this morning." Ah well.

Another one of my friends, who works for a company that makes luxury sanitaryware, went for his annual sales conference and launched a new line of commodes with an AV titled Game Of Thrones. The whole hall was done up with flames and fake snow, and people dressed in fur and wore fake contact lenses. 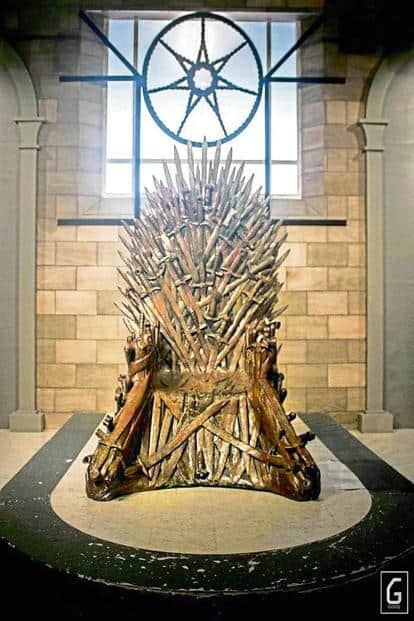 It all went really well, he had told me, “except I got asthma from all that dry ice".

And then there’s my middle-aged mamaji—a high court judge. This weekend, he got on to an air-conditioned bus with the rest of his portly colleagues, and they all drove to a neighbouring state to play cricket with another bunch of middle-aged high court judges in an actual stadium, with night lights and all, in a tournament called (wait for it...) “The Justice League". They all wore “Bat"man masks. Good pun, na?

It’s kind of cute, I guess, all these corporate types pretending to be ancient kings, generals and superheroes and taking on the “enemy’ in a “fight to the death". After all, nothing unites a group of people more than making common cause against a common enemy. And so, we have cola wars and detergent wars and motorcycle wars and network-provider wars.

■ Is war really the best metaphor? Why is your company ethos “hate thy competition?" Wouldn’t a better ethos be “love thy customer?"

■ Besides, let’s get real. Eighty per cent of the time, the situation isn’t really Us versus Them, anyway. It’s Us versus Us. The problems are usually within our system and there’s no point trying to externalize and dodge them. These national meets are a huge opportunity to introspect and get feedback. If we spend them being all rah-rah and hating the enemy, it won’t be particularly constructive.

Coming back to my friend, who thinks he’s a Grand Maratha ever since he danced to “Phalahari" at the ITC Grand Maratha, he called me up again today.

“Greetings, Peshwa," I told him. “Have you been busy doing full vaat lauli to the competition?"

And he replied: “Accha, I need your advice. I’ve got a really good job offer from the competition. They want me to join Monday."

Wine to Five is a weekly column featuring the random musings of a well-irrigated, middle-management mind. Anuja Chauhan is an author and advertising consultant.