It’s mid-afternoon. After writing a paper for their half-yearly exams under slowly whirring fans, a group of teenagers at a Pratham Learning Centre in Kurla, Mumbai, are reading stories. A story about little Anu who is unusually tickled by her father’s squiggly moustache, another about a bucolic land called Somewheristan where a journalist bear lives, and another about a guilty cat.

Some of these students, residents of Vatsala Tai Naik Nagar and Thakkar Bapa Colony in Kurla, have dropped out of government schools and have started afresh at the Pratham centre.

StoryWeaver (www.storyweaver.org.in) is a new discovery for them, as it is for millions across the world. Sixteen-year-old Lakshmi Khodware tells me she can’t stop laughing about Anu’s Papa Ki Moochen; she has narrated the story to her friends. She says these stories are “a break". Teachers at the centre say StoryWeaver has got the children interested in words, illustrations, rhymes and humour—they are in a new world, reading stories about regular children on the computer.

In StoryWeaver, you read like you would read on the Kindle. The stories progress without technical flourish. The butterfly won’t somersault, as a story playing on your iPad or Eddy tablet would. There are no sounds and music, and no animated movements. Suzanne Singh, chairperson of Pratham Books, which was started in 2004 by Rohini Nilekani, Ashok Kamath and Rekha Menon, says: “Our focus is to provide access to reading material for children in their own languages to nurture a generation of readers. We are hoping that other people or organizations can build upon the StoryWeaver content and create new forms." Several organizations have already done this. BookBox, a platform for animated children’s stories, has converted Pratham titles into animated audiovisual content.

Can StoryWeaver then make us love the book again? It probably can. It lets you do simple things like turn pages, read sentences and look at illustrations. But that’s not Pratham Books’ vision of StoryWeaver. Like most of its other initiatives, including its last project of publishing books in India’s tribal languages, StoryWeaver is meant to revolutionize reading for children. 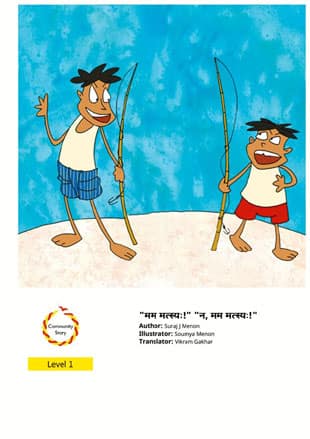 The African Storybook Project is a similar project, created to boost literacy levels in Kenya, South Africa, Uganda and other African countries with an initial repository of 120 different stories in 20 languages, including Lugbarati, Kiswahili and Kikamba.

StoryWeaver was launched after Pratham Books won a Google Impact Challenge finalist’s grant last year. “It is a multi-stakeholder platform. The goal is to connect all these stakeholders—content creators at one end and content users on the other—to create a Reading India. Already, we have had 46,000 reads and 28,000 downloads on the platform and it is great to see how content is being created through collaboration," says Purvi Shah, head of digital projects at Pratham Books.

StoryWeaver was launched with a repository of 800 stories in 26 languages. Dutch and Khmer have been added, taking the total count of languages to 28. So far, the community has created over 200 new stories on the platform—of which about 130 are translations of existing stories.

StoryWeaver starts a cultural conversation, a first of its kind—a lesson for governments and ministries.