Keki N. Daruwalla wields his pen as a poet as well as a writer of short stories and novels. Ancestral Affairs is his second novel and it comes to us with the tantalizing hint of being the tale of his own forebears. No doubt, there is much family anecdote and lore in this story, but it goes beyond the confines of a memoir and locates itself in the larger history of a people and a place. Actually, of many places, both small and big—the erstwhile kingdom of Junagadh, Murree in Pakistan, the city of Kanpur, assorted small military cantonments and, last but not least, that best of all Indian cities, Bombay (now Mumbai). Daruwalla’s main characters are all Parsis, but the many locations of the novel give us a diffused portrait of a subculture that is firmly rooted in the roiling, turbulent diversity of this country.

As the book opens, Saam Bharucha, a Parsi lawyer from Bombay, has been sent to Junagadh as a legal adviser to the Muslim nawab of the princely state who has decided to secede from India at Partition and throw in his lot with Pakistan. After a single brief meeting between the two, the nawab is shielded from any practical advice that Bharucha might have by various higher and lower minions in his court, so Bharucha is left to while away his time with the locals. Among them are an English couple, Sydney and Claire Barnes, and an eccentric (though highly effective) superintendent of police, Salimuddin Khan. Sydney dies rather suddenly and Bharucha topples into a passionate affair with his widow. Meanwhile, his own wife, Zarine, has grown distant from him, pursuing a spiritual path for herself in the wake of various gurus and godmen. Bharucha’s affair with Claire estranges him further from his son, Rohinton, whose life is turning out to be as uneasy as his father’s. 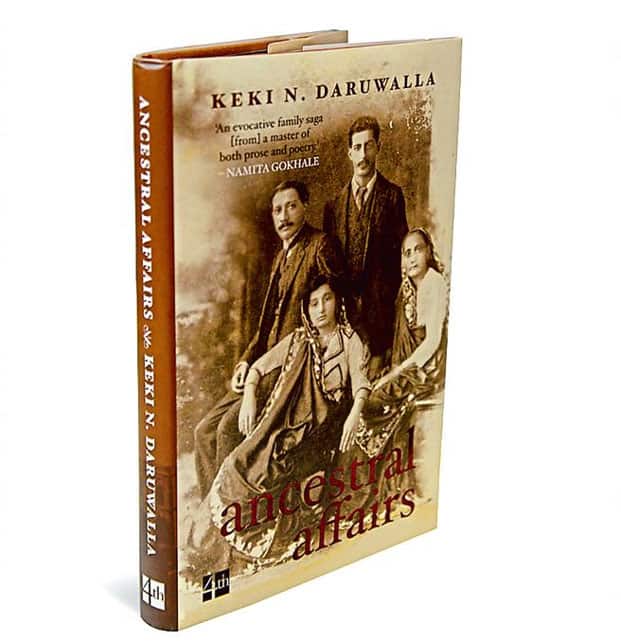 The Partition that has created Bharucha’s new role means that he, Rohinton, has to abandon his remote boarding school and make his way to Bombay. When he gets to Kanpur as a medical student, he shares a room with a Pahari and falls in love with a Parsi girl. But fate intervenes when an ill-advised binge on country liquor and a silly prank combine to have him expelled in disgrace. Rohinton picks up the pieces of his life and, eventually, gets to marry the girl of his dreams. His father, too, settles old and new karmic debts and reaches a place that might well promise a happily-ever-after.

Rohinton and Saam and their lady loves are surrounded by a small host of assorted grandmothers and great-aunts and long-lost (sometimes villainous) cousins and relatives, each of whom enters the narrative with a full and layered past and proceeds to use that past to enrich and complicate the present lives of our protagonists.

There are actually three distinct stories in this book, each equally engaging. They come together in a web of family relationships, held in place by gossamer threads of love and hate, betrayal and forgiveness, real and imagined slights, fate and foolishness. People lurk in every shadowy corner of the story and each gets his or her moment in the sun.

Daruwalla has an interesting relationship with his characters, whether they are central or peripheral. He seems to like them well enough but appears not to take them too seriously. His natural wit (which emerges every now and then in his poetry) and his somewhat sardonic view of humans and their vanities sets him at an easy and affectionate distance from them. This allows the reader to do the same and so, we watch over Saam and Rohinton and Feroza and even Behram as aunts and uncles might view the antics of naively adventurous youngsters in the family.

One of the ways in which Daruwalla manages this distance and keeps it from becoming one of indifference or hostility is the frequent use of Indian dialects and patois. The relationship between Salimuddin and Saam in Junagadh is peppered with Persian proverbs and idioms and the distinctive Gujarati that Parsis speak spices up other conversations in the book. These ruptures of language create an intimacy not only between characters but also between reader and character, leading, as they do, to a place inside the characters’ outer shells.

It’s the strength of the characters and the way Daruwalla handles them in Ancestral Affairs that keeps it from being merely a “period" novel. And when he talks about Partition in Junagadh and the growing chasm between Hindus and Muslims, there are resonances with our own benighted times.

Arshia Sattar is an author, translator and co-founder of the writer’s residency Sangam House.