The Wimbledon special: The old and the new

The emperor Djokovic and kings-in-waiting, why we will miss Nadal, the bad boys and girls of SW19, an epitaph for serve-and-volley, the reign of Serena and much more

The Championships. It can be defined so simply: It is about all that is unchanging.

The green of the grass, the amber glow of Pimm’s, the delicious flecked red of strawberries and the white, always white.

But isn’t tradition a harbinger of its opposite: Change? Isn’t there always something new and brash suppressed under the rock of nostalgia?

For this Wimbledon (27 June-10 July), our issue is about both the old and the new. It is bookended by two odes to Rafael Nadal. Two! And he’s not even playing Wimbledon this year. It is a testimony to the deep passion the Spaniard inspires in lovers of the game and a reflection of our fear that we may never again see him making his mad runs across the SW19 Centre Court, sliding on the grass, making impossible returns.

We look at the reigning emperor, Novak Djokovic, and his dazzling, all-powerful hold over tennis at the moment, and we ask: Which rising young player can disrupt his rule in the coming years? After all, barely six years ago, Djokovic still had just one Slam to his name, and men’s tennis was all about Roger Federer and Nadal. The list of rising young players includes Nick Kyrgios, who is delightfully disruptive in more ways than one. Last year, he came to court wearing a Wimbledon headband—which is not all-white—and created a hilarious situation where the club had to concede that the official merchandise broke the official dress code.

We look at the bad boys and girls of Wimbledon, those who took the insistence on conformity as an invitation to rebel (Kyrgios is here too)—an illustrious history that goes back several decades to, hold on, Fred Perry.

Of course, we miss the old when it goes, like serve-and-volley, and there’s an epitaph here for that style of play, through the lens of the three consecutive Boris Becker-Stefan Edberg finals that lit up Wimbledon in the late 1980s.

And there’s Serena Williams, defending her title; Leander Paes, still ageless; and players, officials and fans who recall the very first time they stood inside the hushed sanctum called the All England Club. 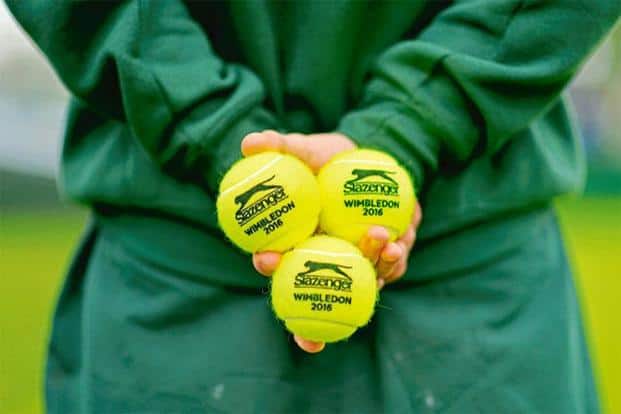 Wimbledon: Battle of the super-coaches

At Wimbledon, it’s Nole vs the world

Wimbledon: The green of the grass turns to brown

Wimbledon: Leander Paes has some of the fastest hands

Wimbledon: Costumes from the tennis court