Book Review: I, The Salt Doll

A candid chronicle of a time, and a theatre actor's life, in Mumbai

Theatre doyenne Vandana Mishra’s Marathi autobiography, Mee Mithaachi Baahuli, is now available in an efficient new English translation by Jerry Pinto. I, The Salt Doll brings the work to new audiences, while allowing the fragrance of the original, with its conversational cadences and shifting narrative moods, to remain intact.

What strikes one fairly early is that the hindsight speciously imposed on most memoirs doesn’t often rear its head here. Mishra grew up in a single-mother household in a working-class tenement in Girgaon, Mumbai. There is a quality in the writing that makes it read “in the present" much more than it appears to dwell on the past, with contemporary reflections or even nostalgia kept decidedly low-key. The women of her mother’s generation—nurses, teachers, doctors, housewives—thus acquire a sheen of proto-feminism, working in their own pioneering ways to change the status quo.

Mishra is now a nonagenarian, a woman who ultimately took charge of her own destiny, but the idea that working-class women in a burgeoning metropolis had as much agency in much less exalted times speaks of an indomitable female spirit that holds a lesson for the ages. Mishra’s observations are full of the wisdom of home truths and the romanticism of basically wanting to be a good person, values inculcated in her by her mother or Aai. 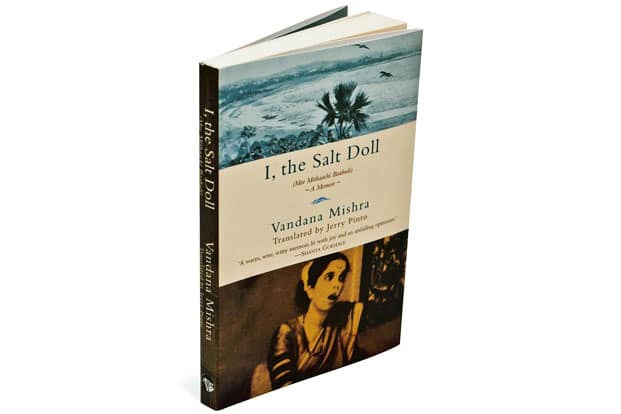 There are maundering departures in the narrative—when Mishra lists out a litany of pithy proverbs in use during her youth, or when the book morphs temporarily into a handy songbook of the ditties humble folk sang at community events, with Pinto’s spot-on, if curiously rhyming, translations sitting alongside the original Marathi lyrics. At one point, she launches upon an exposition of the cinema of the times—watching films in the Roxy theatre, the hoo-ha over the veiled nationalism in Kismet, her predilection for Fearless Nadia’s deliciously indecorous on-screen antics.

You certainly read along, and there are many nuggets to savour, but it is a tad spurious for our purposes. Part of this, perhaps, stems from our own preconceived notions of what the biography of a female icon should entail. We are most interested in the narrative of a woman’s actualization, as archetypal as that may sound—the struggle against norms, the chequered history of a life truly lived in the limelight and the calm of twilight. At times, “oral history" detours chronicling the times read like fillers that detract from these overarching themes.

On the other hand, the value in having these quotidian accounts committed to print for posterity’s sake cannot be understated, given how ephemeral history has shown itself to be. When Mishra talks about her relationship with the sprawling metropolis of Mumbai, or a microcosm thereof that embodies its dynamic character, we are drawn to its history, and the sweeping changes it underwent—the simple-minded idealism of the early days, the freedom struggle that simmered in the distance, the wartime anxieties, and the teething problems post-independence.

When it holds forth on the world of theatre, the book truly comes into its own. Divided into chronological sections, both Mishra’s innings on stage—before marriage, when she performed as Sushila Lotlikar till she was 21, and her comeback after her husband’s death 22 years later—are described with distinct cadences that evoke dissimilar worlds within the same ethos.

In accounts richly peppered with anecdotes, both reflective and diverting, we are introduced to the wildly popular Marathi, Gujarati and Marwari language theatres that have enriched the city’s cultural landscape. We encounter pioneers like Parshwanath Altekar and Mama Warerkar, who pushed for women playing women’s roles on stage, and gave the shy Lotlikar her first stage role, after she was forced to give up her education when her mother suffered an acid attack.

Mishra was no firebrand or trailblazer like Shanta Apte or Durga Khote, but her quality of chipping away at her tribulations with an abiding optimism casts her as an uncommon paragon in her own right. Even in such a candid chronicle fired with a sparkling intellect, the window to a truly intimate interior world remains closed, but that is the writer’s prerogative, and given the riches the book yields, one cannot really complain.