Old family photographs and found images have gained much value in understanding the role and position of photography in the changing social scenario over the years. These five images are from a body of work, Hiraeth, that has photographs taken by my grandfather and myself. And it looks at the role of photography in a refugee middle-class Bengali family after Partition.

My grandfather, Santi Lal Bhattacharya, was born in a poor family in a village near Dhaka, now the capital of Bangladesh. In 1948, after Partition, he crossed the border, came to Calcutta (now Kolkata), joined the police, studied law, bought a Kodak Brownie with his first salary and went on to photograph his family for the next 30 years. After he married my grandmother, Kalyani, in 1952 in a village called Habra, they stayed at six different locations near Kolkata, each for a span of a few years. After his death in December 2012, my grandmother and I embarked on a tour of these places, and I photographed her with different objects that my grandfather used to possess, such as his camera, umbrella, playing cards and walking stick. Hiraeth reflects on that migration, not only geographical but also socioeconomic, through my grandfather’s photographs and mine. 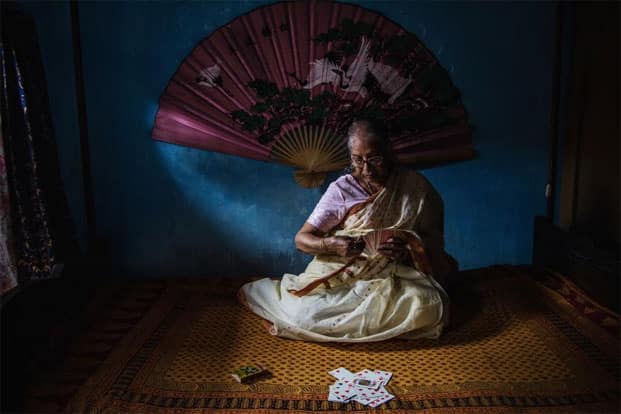