Thanks for Visiting Mint
You seem to have an Ad Blocker on. Please turn it off in order to continue, or whitelist Mint
HOW TO TURN OFF AD BLOCKER
OR
REFRESH IF YOU ALREADY TURNED OFF THE AD BLOCKER
Home >Mint-lounge >Lively vs Second Life

Live your life in a world unrestrained by physics, biology or any other real-world discipline. In this virtual world developed by Linden Lab, you can fly, look like a fox if you want to, or create utterly magical items with absolutely no “real" equivalent. Money isn’t everything, though—even in Second Life. Many citizens develop counterparts of real-world assets—such as their actual clothing and cars. This world is rife with people giving seminars, foreign language classes, and even groups building temples. So, Second Life looks a lot like real life.

You build yourself an avatar and go look for people with similar interests. This takes social networking to the next level. In Second Life, you can study with a person from Turkey, build online devices with pals from the US, and fly in the sky with people from Delhi. Unlike a computer game, there is no set mission to complete Second Life. Instead, the online world is a new frontier waiting for you to discover and enjoy as you wish.

But this utopia extends only to the borders of Linden Lab. As with Vegas, what you do in Second Life stays in Second life. Your creations, possessions and friends cannot be moved to another location. It is a members-only site, and taking that membership isn’t easy. You need to fill a flurry of forms, then download and install a client software. This is time consuming and usually takes an hour.

The woes continue: Second Life is graphics-intensive, so if you have an old computer or a slow Internet connection, your experience will be marred by glitches, your avatar will move jerkily and all actions will likely be prefaced by a long, excruciating wait. In India, low Internet speeds mean few people can actually transcend to this life.

The new virtual world from Google lets you live a freer life, virtually. It’s not constrained by long downloads. Nor is it restricted to a specific set of users. Here, too, you can roam various 3D “rooms" with different themes: a sci-fi room for fans of that genre; a “Brasil" room; the Google headquarters, complete with T-Rex skeleton, and several more. Like most Google products, Lively simply adds on to your existing account, with your usual settings and preferences. Movement and interaction with this virtual environment is mostly via the mouse, so there is no need to remember a long list of keyboard shortcuts (a staple for Second Life and online gaming worlds).

Yet, there is a reason Lively is still in beta. For now, it’s only supported on Windows-based computers. No economic transactions yet; nor can users create new products. The graphics feel more cartoony than “real". However, most of these shortfalls contribute to mainstream appeal. The lack of any real economics renders Lively immune to bank runs such as the one Second Life faced. A lack of extreme graphics encourages more users—even those without high-end computers—to enter Lively.

One expects an advertisement-based revenue model, as with other Google products (from Gmail to Orkut). Its wider accessibility will definitely make it the most populated online world-cum-social network. The right to create items online should be released via development kits similar to the ones that spurred a mash-up mania on Google Earth.

From the onset, one thing makes Lively different: Communication, whether through text, voice or video, is extremely easy. That definitely makes it more alive. And the freedoms offered by Lively should finally make online worlds a mainstream experience.

GAMING ONLINE: THE MANY WORLDS OF PAY-TO-PLAY

The player is given missions, according to the side chosen. Successful missions earn a higher status in that particular side, while diminishing a player’s value to other sides. Missions are further divided according to their importance to the player and to the overall storyline.

Unlike Second Life or Lively, the MxO isn’t for people wanting to just interact with others online. Instead, it is for enthusiasts of the Matrix series who are well versed in its mythology. And “walking the path" isn’t easy online—apart from the oodles of firefights, there is also a fee the player must play to jack into this world. 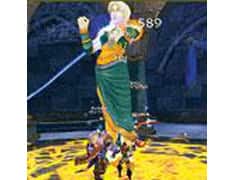 This MMORPG lets the player act out his medieval Tolkien-influenced fantasy. Here a player can either choose a character that already exists in the game series or create a new avatar. As in most MMORPGs, there are classes of characters and creature types to choose from: human, dwarf, orc and troll avatars. This game also lets you play three online real-time versions: One that pits various players against each other; another that lets the player fight opponents who are guided by the computer; and finally a quest mode that lets the player complete various missions that are given to him. The quest mode also lets each player gain experience points (which help during the other two modes) and find rare items (which can be traded or sold to other players).

Like most such online worlds, WoW is also a pay-to-play world—a credit card is mandatory for each player. This world is solely for fans of the preceding computer games or people who are familiar with the games’ plot lines.

One thing that differentiates Ragnarok from other MMORPGs is the job system—the selection of a character type (out of many complex categorizations) is called a “job" in RO. As in other online worlds, each player has to choose a character class, each with a different progression and unique strength/weakness set. Like WoW, players can battle other players, although they must attain a certain skill level before they can face off. Another feature is that each player can directly buy more weapons and other useful items from the in-game store—this costs real money, as does the game.

Guild Wars is noted for its well-built graphics which look equally good when players are in fast motion and?even?on a lower-configuration machine. Its sequel, Guild Wars 2, is slated to carry on this tradition.