It is universally assumed that a woman in good health, mental and physical, would want motherhood.

Elisabeth Badinter, author of the French feminist book The Conflict: How Modern Motherhood Undermines the Status of Women, which released this April, disagrees.

Badinter calls for a return to Simone de Beauvoir-style feminist thinking: that motherhood impedes womanhood. It’s a work that has provoked much discourse in the Western world over how free, really, women are.

But how relevant are her arguments for India, where everything from the motherland to the domestic cow is worshipped as Ma? Badinter says society goads women into believing they must choose to be mothers.

Feminist publisher Urvashi Butalia says, “We need to question the pressure on women to be mothers, as if that is the only thing that fulfils them in life and makes them complete women." 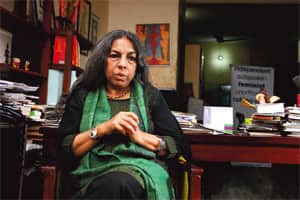 The onus is often on the woman, Vora points out, to continue her work. “It’s easy to fall into facile oppositions, but if a job demands she must travel, for instance, it is simply easier for a woman to give it up and choose to rear a child."

In the words “choose to" lies the trick. “It is seemingly a choice, but is it?" Vora asks.

Madhumita Dutta, 41, is a Chennai-based environmental activist, single parent of an adopted seven-year-old girl. For the last two decades, she has worked at the grass roots, travelling to small towns and villages, and will soon leave for a three-year PhD in England with her daughter. It is a struggle, she admits, to straddle two worlds: motherhood and individuality. “Yet I am not impeded in what I do. Yes, I try to be a caregiver, but there is also me. I am today exactly who I have always wanted to be."

Dutta is the Indian woman who strikes a compromise. She migrated from Kolkata to Delhi, where her parents live, to her current residence in Chennai. “The challenge for us is not motherhood, but logistics. Feminism is a Western construct. Traditionally, Indian communities have always been geared towards support systems. People measure the availability of Westernized support systems and say it is not there. But for us, motherhood is not the domain of the woman alone," she says.

The feminist ideal in India is not as rigid as the Western one. Compromise between the two—motherhood and womanhood—is a preferred balance here.

But there are others who can’t make the same choices.

Saundarya Rajesh, founder-president of Avtar Career Creators, a career consultancy, says that in her experience, 18% of women who quit the workforce do so mainly because of a poor understanding by employers of their career needs. “Motherhood and career cannot be an either/or choice," she says.

In the early 1990s, Rajesh, after having a child, sought to return to the workplace. It was a time, she says, when “neither did we have good, credible daycare centres, nor was the concept of leaving your child at a daycare an acceptable solution. Forget your mother-in-law, your own mother was not comfortable with your packing off the children to a crèche while you focused on your career."

She quit her job in the late 1990s and spent six years searching for flexible timing options. In 2000, she began focusing on marginalized pools of talent, helping women back from mothering breaks find jobs. The same year, she began her own company, focusing on helping women balance work and motherhood. Her company helps women find jobs with flexi timings.

Should you be termed a feminist if you want to make your own rules for motherhood? Indian women are still negotiating their definitions. “There is a certain negative connotation to the word ‘feminism’, as if all feminists were unreasonable and aggressive folks who demanded something outside the realm of reality! I love being a woman, I like motherhood and I like to make choices for myself," Rajesh says.

Badinter’s book traces the U-turn that feminism took in the 1960s and 1970s. It was a turn influenced by New-Age feminists such as sociologist Alice Rossi, who pointed to women’s natural superiority in child rearing in her famous essay, A Biosocial Perspective on Parenting. Biology, Rossi argued, dictates job choices. “In the struggle for equality, women deny their very nature," she wrote, causing the first open rift in the feminist movement.

“The vulva began to represent woman," Badinter writes of Rossi’s influence, insisting that women are off the path. “Nature has become a decisive argument for imposing laws or dispensing advice. It is now an ethical touchstone, hard to criticize and overwhelming all other considerations. Like its predecessor, the new naturalism has the ability to generate feelings of guilt that can drive changes in attitudes," she writes.

All women who fight to retain their individuality in the wider context of social pressure are fighting the feminist battle in some sense. Rajesh says: “When a woman’s career is seen as self-indulgence, not enough investment is made to empower her. There is a basic disconnect between the belief systems a woman experiences during her education and what she goes through during motherhood. When she is young, she is motivated to excel, to be ambitious, to pursue her dreams. But when she gets to the point of her biological calling, a young mother is still an island. So when can a woman have an empowered, enabled life?"

The women who face this head on are those who choose to opt out of motherhood completely. Few are as easily liberated from it as artist Dayanita Singh, who says: “I am not a feminist, I am a soloist. At 18, my recently widowed mother freed me from all societal obligations by telling me, ‘Don’t let any man make you feel less of a woman for not having children. Bringing up children is hard work and not for everyone, no need to even marry.’"

“I don’t think I ever made a choice not to be a mother. I certainly consider myself a feminist. Admittedly, it means different things to different women, but its one universal principle is to offer women choice. As with everything else for me, it’s about choice; the choice to be a mother; the choice to not be one.

“I may not want to be a mom right now—but maybe I do when I’m 50. But I have made the choice at this moment in my life to be wedded to my work and I will not accept society’s right to question that choice."

Has India maybe found a new power equation that works for it—compromise, supportive society and men taking on nurturing roles? By enforcing compromise, are India’s choices actually simpler than those of Western nations? Be both—mother and feminist? Is that the answer?

Dutt says, “In the end, my take is this: Let women be who the hell they want to be."