Don't write off fitness bands in favour of a smartwatch just yet. Not only are they cheaper, they can help you make healthier lifestyle choices

Smartwatches might be comparatively fancier, but the more understated in design wearable bands are actually simpler to use and make more sense for a fitness-focused person.

In fact, according to a recent statement by the American Heart Association, published in the association’s journal Circulation, wearable sensors as well as smartphone applications have the potential to help people make healthier lifestyle choices.

These gadgets, which come with sensors that are generally slapped on to wrists and connected with phones and tablets (wirelessly over Bluetooth) to give the user information about their fitness levels, were once considered the preserve of geeky gym-goers. Now they are becoming mainstream, thanks to the availability of a range of options at relatively low prices.

One school of thought wonders if it is really necessary to invest in a fitness band given the fact that most smartphones today come with a host of sensors, and there are a number of fitness apps to count your steps. The defenders of fitness bands say that these generally give better approximations of distance and calories burnt because they are always on the person and can track movement more accurately. And if you have bands with displays, you can check how much you have walked by just looking at your wrist, without having to pull your phone out and starting an app.

A band will not let you make and receive calls or come with tiny cameras, but when it comes to counting steps and working out just how much fat you might have burnt, well, they are very dab indeed.

So if you are looking to keep tabs on how much you have walked, your calories, or even compare statistics with friends, you could try one of the following.

Known for its navigation devices, the Garmin vívosmart fitness band is a truly impressive wearable. It comes with a touch-screen OLED display, which is merged with the band and lights up only when tapped. The band displays the number of steps taken, distance travelled, calories burnt, and also serves up phone notifications for texts and calls. It also vibrates gently when it senses you are inactive. The band is water-resistant as well—you can wear it while swimming.

Battery: A single charge will see you through a week of use.

Verdict: It’s on the expensive side and misses on a few features, like the heart-rate sensor. While most smartbands focus on tracking your activity and showing it to you, the GOQii follows a different approach, throwing an actual human coach into the mix. You get connected to a real coach who analyses your data and advises you regularly on fitness and diet. You can choose subscription plans, starting from three-month ones.

Battery: You will have to charge it a couple of times every week. The band comes with a heart-rate sensor that doesn’t have to be switched on separately—it is always running in the background, tracking your heartbeat. That apart, it can also be customized for different exercises, so you can actually set it for sit-ups and crunches, for example. It monitors the number of steps taken and distance covered, and the heart-rate sensor is able to give you a much more accurate account of calories burnt. And yes, you will get notifications of calls and text messages as well on the small OLED screen. It is water-resistant too.

Battery: It will get you through nearly a week on a single charge.

Verdict: This fitness band pretty much does it all. The Mi Band is simplicity at its best—it has a single core component that fits into a band. There is no display, just three lights which indicate battery levels and your distance from your fitness target. You have to rely completely on your phone to find out how well your fitness regime is going. But the band does have some neat tricks up its sleeve, most notably unlocking the phone when you touch it while wearing the band. It can deliver incoming call alerts on your wrist and also serve as an alarm, waking you up by vibrating your wrist gently.

Battery: Staggeringly good; it runs for almost a month on a single charge.

Verdict: Basic, but very good for the price. 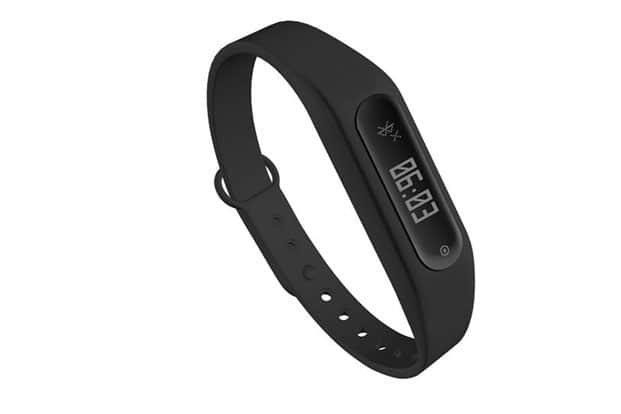 The YUFit is quite like the Mi Band in terms of design—it too has a single core component that fits into a band. Where it differs is in having a proper AMOLED display. Yes, you need to pair it with a phone to get detailed information, but you can see information like distance travelled and steps taken right on the device itself. It also delivers notifications about calls and texts and, paired with the Healthify app, gives you the option of analysing your food intake and also getting advice on diet and fitness from real experts, whom you can consult for rates starting at 299 a month.

Battery: It lasts close to two weeks on a single charge, which is impressive for a device with a display.

Verdict: The screen makes it easier to use without a paired phone because you can see the data on the band itself and do not have to pull out the phone for everything, as you would need to if the band had no display (such as the Xiaomi Mi Band).