If you accept that cricket in India is an expression of national madness, the last decade saw three kinds of it. Roller-coaster: (top) Ganguly and Chappell; (below left) cheerleaders at an Indian Premier League match; Sidhu makes a point (below right).

At the start there was match fixing. In April 2000, Delhi police recorded Hansie Cronje negotiating with an Indian bookie. “So that’s 75 for those three and—what can you pay me? I do not know how much you can pay me..." One after another, names and deals and transcripts tumbled out of the closet and rocked our world. Up at the front with his collar up was our Azhar.

Anger, anguish and cynicism cannot sum up the feeling of those times. A thing like that is an existential crisis for sport. Why do we play? Why do we watch? If it is mere entertainment, why are we so shaken? If it is a business, why are we shocked if there is a bit of cheating? If we have been cheated, why are we still loath to abandon it?

It is not in the nature of sports fans to linger. Sport is a cross between an addiction and a faith; and my memory of those days is how desperate we were to believe again.

That is what happened when Sourav Ganguly led the charge in Nairobi, when V.V.S. Laxman and Rahul Dravid batted all day before a packed Eden Gardens, and when at Chennai Harbhajan Singh squirted a yorker to win the finest series India ever played. It was a national move-on, and it had the mood of national participation. This was the achievement of Ganguly and John Wright’s team. 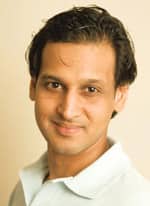 A different madness descended in the middle of the decade.

These were the years of the news media explosion. It was a time of round-the-clock punditry, pop villainy and hysterical nationalism. Everybody knew cricket was pan-Indian and to be exploited. Nobody was sure quite how.

Some channels featured on-the-hour live studio discussions on a day of play. Star News instituted a show called Match ke Mujrim in which the audience, provided inflammatory banners and slogans by the network, delivered a criminal every time, regardless of India’s performance. NDTV held a weekly We The People type show called Cricket Controversies.Passing judgement were those two paragons of virtue, Navjot Singh Sidhu and Ajay Jadeja, one accused and later convicted for culpable homicide, the other a CBI suspect in the match-fixing case.

Not just news television, there was an outbreak of blogs and online forums in these years. Many intelligent voices now had a platform, but with them came handles and flame wars. Just like that you could start a hate site, as happened to a beleaguered Ganguly. With comments enabled, an article was not so much uploaded to the Internet as thrown to the reading sharks.

The defining sentiment of this era was one of polarity. Two dramas encapsulate it. The first was the clash between Ganguly and Greg Chappell, where, let alone passionate fans, journalists and editors were reduced to campaign managers. Every ball was accompanied by an agenda.

What the Ganguly-Chappell confrontation did in India, the Sydney Test of January 2008, i.e., “Monkeygate", did between India and Australia. It was a complex and long-simmering confrontation involving race, nationality, culture and plain testosterone. Six or eight years previously, the issue might have been contained. Now the pot boiled over. It was ugly then, and if you want to see its effects, peruse the comments section of virtually any cricket article pertaining to these teams.

A month after the Sydney Test, the third kind of madness began, in a five-star auction on the Mumbai seafront.

The madness of the IPL—shorthand for the marriage of corporate India, Bollywood and compressed franchise-cricket—is, of course, best witnessed in season. Here a cricket match is as much a cricket match as the public sighting of celebs playing with their new toys. Catches and sixes come branded, commentators yell without pause, and everybody gives thanks and praise to Lalit Modi. Manoranjan ka baap, it says on the tin, and indeed, it supplies entertainment, even if of the item-number kind.

But IPL’s real mayhem came from its dollars. The cricket calendar, having for 130 years placed Test matches at its centre, was now under severe pressure. Fifty-nine IPL games in 2009, 94 in 2011. Six weeks today, who knows how many months tomorrow? How much of the system do you dismantle? What if audiences start cooling towards it? What if the million-dollar pay cheques are unsustainable?

Players, able to earn up to 20 times as much for six weeks of IPL as for a year of international cricket, were prepared to put franchise before country.

Meanwhile, the heat and noise of the mid-decade media gave way to corporate-compliant hype; what need to be critical when there were ad revenue and contracts to gain?

“Why are you asking me about match-fixing now when the match itself has changed?" reflected fakeiplplayer, the blogging sensation of IPL-2, and I see his point. “We’ve changed cricket matches to 3-hour cricket movies, with a couple of strategic time-outs in between."

The arc from match fixing to Manoranjan ka baap delivered by the silhouette of an anonymous blogger in an online video-post: It about captures the decade of madness in Indian cricket.

Rahul Bhattacharya is the author of the cricket tour book, ‘Pundits from Pakistan’. He secretly enjoys national outcries