With the movie version of 'My Cousin Rachel' set to hit theatres, a look at Daphne Du Maurier, who was much more than the romance novelist she was dismissed as in her lifetime

Last night I dreamt I went to Manderley again." This must be one of the most famous opening sentences in literature, the introduction to Daphne du Maurier’s enduring masterpiece of suspense, Rebecca (1938).

But Du Maurier was so much more than Rebecca, the best-seller that shaped her career and has never gone out of print. Over the course of more than 40 books, she hopped genres, veering from Gothic suspense novels to deeply researched historical fiction, then switching to biting, macabre short stories and even biographies.

And yet, try as she might, she was typecast as an easily readable romance novelist during her lifetime. “I am generally dismissed with a sneer as a best-seller," she once complained. This didn’t stop many of her books from being turned into hit movies and plays, including Rebecca, The Birds and Don’t Look Now. But the critical acclaim did not come easily.

The New York Times’ obituary for her read: “Daphne Du Maurier, author of many Gothic romances, dies." She was carelessly lumped together with popular fiction writers such as Barbara Cartland and Mary Higgins Clark.

In recent years, though, Du Maurier has slowly been getting her due, even as her books continue to be TV and movie fodder. In June, the movie version of My Cousin Rachel will be out, with a perfectly cast Rachel Weisz as the enigmatic Rachel.

My Cousin Rachel (1951) is one of her most complex and layered novels. On the face of it, it’s a May-December romance between a young man, Philip, and his mysterious widowed cousin, Rachel. But it’s so much more. It is really about money, and the unfairness of a Victorian world where women could not get it, except by trading on their fleeting, fading looks. “I would not be young again, if you offered me the world," says a worldly Rachel to the besotted Philip. “You talk," Philip says, “as if you were ninety-nine." “For a woman I very nearly am,’ says Rachel. “I’m thirty-five."

Philip is an unreliable, often paranoid narrator, a device Du Maurier uses often. Is Rachel a hapless victim or a scheming gold digger? This was Du Maurier’s great skill, to keep the reader guessing.

But there was more to her than being a fantastic storyteller. Du Maurier was also one of the early pioneers of championing satisfying work as an enduring source of joy for women. She had three children, but writing always came first, according to many accounts. “I am not one of those mothers who live for having their brats with them all the time," she wrote when she was working on Rebecca, with two children under 4.

In this, she was way ahead of her time. In The Parasites (1949), one of her early and little-known works, the heroine Maria works in the theatre. After her marriage collapses and her children leave, she returns to it. “When everything else fails, there’s always your work," advises her actor father. “Do the work you feel you can do, because it’s the only damn thing you can do, the only thing you will understand." In Frenchman’s Creek (1941), a bored wife and mother escapes her family, taking to the road with a highwayman. In a later novel, Du Maurier explained domestic tedium in a single, scathing sentence. “How lacking in intuition men could be in persuading themselves that mending some stranger’s socks, and attending to his comfort, could content a woman..."

But Du Maurier did not stick to unhappy female protagonists fleeing the ties that bind. In many of her books, especially The House On The Strand (1969) and The Scapegoat (1957) and in her savage short story The Apple Tree (1952), the main characters were men. Dissatisfied, resentful men chafing at suffocating marriages. Romance novelist? In reality, she was anything but.

Some of this ability to see both sides of the coin may have been due to her complicated family relationships. She was the adored tomboyish daughter of Gerald du Maurier, a famous actor of his time, who nevertheless made no secret of his desire for a son. Many biographers have argued that Du Maurier was bisexual, and certainly her novels often seem oddly male and female simultaneously.

Du Maurier was also a fine historical writer, but never got the praise she deserved. One of her ancestors was a French glass-blower, who fled to England during the French Revolution. The Glass-Blowers (1963), Du Maurier’s unusual tale of her French ancestors, focused on the often difficult domestic life of the women behind the revolution, not the bravado of their men.

Du Maurier’s chief passion—one that would survive her troubled relationships—was her house Menabilly in Cornwall, and the neighbouring sea, both constant motifs in her work. Menabilly was the inspiration for Manderley, and Maxim de Winter’s single-minded obsession for his house was really Du Maurier’s. The house appeared in several of her other novels too. In The King’s General, another historical novel, she explored Menabilly’s past, her interest piqued by the grisly discovery of a skeleton walled up in a secret room by one of the previous owners.

Perhaps Du Maurier was most uninhibited in her macabre short stories, which often were dystopic, supernatural, or just plain horrifying. Her best-known story was The Birds. Its portrayal of a complete environmental collapse—with crazed birds attacking humankind—is supremely relevant today. The Alfred Hitchcock film, which Du Maurier hated, never matched the horror of the story. In The Blue Lenses, a henpecked woman awakens from eye surgery to find her husband is a predator, using her for her money. In Don’t Look Now, a couple in Venice, mourning their dead child, encounter terrifying supernatural forces. All her stories hint at inexorable forces massing against man, which makes them as modern today as when they were written.

Current writers who dabble in the supernatural, like Sarah Waters and Stephen King, talk about how they were influenced by Du Maurier. There are distinct echoes of her femme fatales, especially Rebecca, in the recent crop of domestic thrillers, such as Gone Girl. Du Maurier is still selling like blazes, and is as readable as ever, but finally, deservedly, she’s no longer a guilty read.

My Cousin Rachel: Suspense at its finest 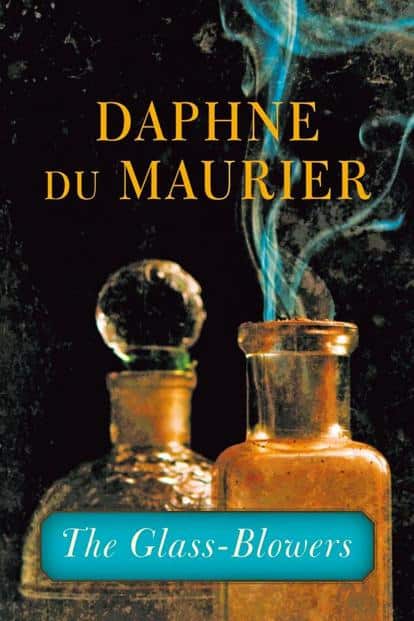 The Glass - Blowers: Historical fiction set during the French Revolution Don’t Look Now And Other Stories: Macabre stories, all with a twist in the tale The Scapegoat: A stylish exploration of a male midlife crisis The Parasites: Semi-autobiographical novel of a theatre family
Subscribe to Mint Newsletters
* Enter a valid email
* Thank you for subscribing to our newsletter.
Share Via