Prayaag Akbar: The way we live

Prayaag Akbar speaks of the unique mother-daughter tie that is at the heart of his debut novel, and how his journalism has influenced his writing

Standard disclosure: Prayaag Akbar sent me his novel Leila to read and you will see from its cover that I found it a compelling work that had me right at the beginning where we are told of an older couple’s longing for a lost child. Its high walls, its sectors with coded names like Purity, its flyroads that ignore the “Slummers" and the dirt they generate, its gangs of goons with their alcohol in plastic bottles and their slogans, the politician as “man-god", all these make for chilling reading. But the power of the story and the missing child make you read recklessly, relentlessly, even as you want to slow down to make this last. Edited excerpts from an interview:

‘Leila’ is a dystopia, set in the near-future, I imagine. Dystopias are generally coded with moral warnings or they are fables. Do you think of the novel in these ways?

I can’t say I’ve thought of Leila in those terms. I don’t consider the book a warning in the sense that the events and world I describe may soon transpire. It will mean different things to whoever reads it, I hope, but in my reading it is primarily an examination of the way we currently live—the ease with which we look away from suffering, the need for hierarchy, to feel superior to one another. I have exaggerated certain aspects of our urban lives, but almost everything in the book draws from what I’ve seen around me all these years, things I read in the news, stories I’ve heard from friends and family.

At the heart of the book is an absence, the missing daughter, which is always much more difficult to conjure and to sustain. How did you manage?

This was a pretty tricky thing to pull off and it makes me extremely happy that you think I’ve managed it, to whatever extent. In my mind I was always clear that Leila is the centre of this story, the beating heart, just as she remains the centre of her mother Shalini’s life. When I first started writing this, I had none of the other elements that you now encounter in the book. The one thing I could see before almost anything else was this mother searching for her daughter, the pain of their separation. To me there is something very special about the relationship between a mother and daughter, something fathers and sons never have, nor fathers and daughters or sons and mothers. Their love emerges in an entirely unique way. Perhaps I am envious. Mothers and daughters are constantly in battle—a battle that comes from complete confidence in the love that exists between them. They are forever testing their relationship, the strength of the thread running between them. When that thread is suddenly snapped, it creates its own universe of sadness. This is what I tried to capture in the book. 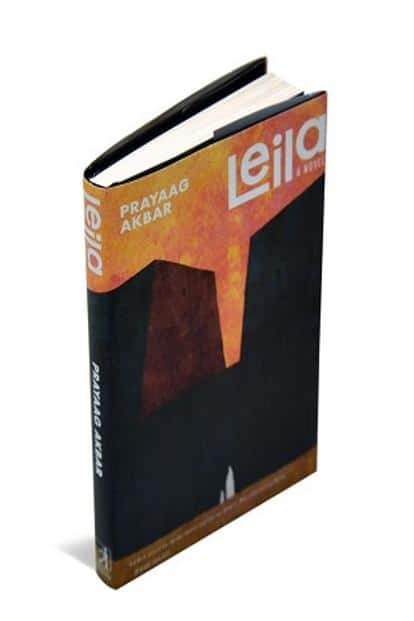 The walled city, the increasing distrust of the other, the phobias about eating and other people’s lifestyles...all these have been brought into sharp focus by the news out of India and the world. Did your journalistic practice influence your writing?

Very much so. Many of the ideas that have entered the book I first touched upon in my journalism. Writing about my country, editing others, and reading the great journalists who examine the various inequities of India taught me a great deal. The wonderful thing about reporting is it pushes you to go out there, see a small slice of society, of the country—and if you want to write about this slice well and accurately, you have to learn as much about it as you possibly can. Reporting is about bringing something to light, challenging a misconception. You learn so much from every piece you write.

Then there is the actual craft of writing, of course. Journalism taught me a number of things—most importantly, that no reader has time to waste. The best journalism transmits important information in each sentence. Newspapers especially are an unforgiving medium because the reader’s eye will flit to another story with the first indulgent line. Whether it is long- or short-form, the way to keep the reader engaged is to constantly inform. I struggled with the novel for some time because I did not realize how similar fiction and non-fiction are in this essential respect.

There seem to be two conflicting forces at work in the novel: the urge to the hybrid and the desire for the pure.

This is a really interesting thought. I do believe that it is human nature to be simultaneously attracted to and revolted by the other. On the one hand there is our natural inquisitiveness. We want to know as much as we possibly can about people who are different from us. It does not even matter whether there is real difference or whether it is the perception of difference.

Take Hindus and Muslims in India. There is no racial or evolutionary difference between the communities. But the outward differences, of dress, custom, religious practice, are so sharply accentuated in our minds that the communities are perennially bound to one another through this simultaneous attraction and revulsion. The revulsion is clearly visible. The attraction plays out in many forms, whether through friendships or interest in food and music or interfaith relationships or what have you. And then there is the deep sexualization of the other, which I think has something to do with the power dynamic embedded in the sex act. Why are so many acts of communitarian violence accompanied by horrific sexual violence? Through history, rape and sex have accompanied conquest. At this moment when you are so disgusted with a people that you want to take their livelihood and burn down their homes and slice up their bodies, why are you also desirous of this most intimate connection between your bodies?

Jerry Pinto is a writer of poetry, prose and fiction, and a translator.