Thanks for Visiting Mint
You seem to have an Ad Blocker on. Please turn it off in order to continue, or whitelist Mint
HOW TO TURN OFF AD BLOCKER
OR
REFRESH IF YOU ALREADY TURNED OFF THE AD BLOCKER
Home >Mint-lounge >Off the cuff

“The design should be unique and have a surprise element," is Mistry’s philosophy when it comes to cufflinks. It’s also the rule he uses to judge whether a set will make it to his 25-pair collection. The bottom line—they should be noticed. Just like the quirky gear knob paperweight on his desk. “Clients look to me for design influences. They relate to my things; it’s like silent communication," he says. 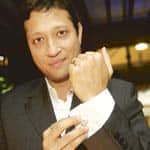 Although his booty includes brands such as Montblanc, Burberry, St Dupont, Louis Vuitton, Armani and Ferrari, if something is unusual enough to get his attention, Mistry will pick it up, brand name and price notwithstanding. “A watch has to be branded. But with a belt or a pair of cufflinks, the brand doesn’t matter as long as it is unique and well-finished," he says. His favourite is the pair he picked up from a high-street fashion store in Mumbai. “It is the cheapest pair I own. A hot and cold tap that could also represent my profession," he says.

While most of his cufflinks were purchased on trips abroad, some are gifts. One treasured set that arrived gift-wrapped is a lock and key Louis Vuitton pair from his wife, Delna. “A Japanese friend told me the lock and key design is considered auspicious by stock brokers," he says. An impulsive dresser, Mistry doesn’t wear cufflinks to work every day, but when he does, he coordinates it with his watch, belt and pen. “I’ve noticed that Italians wear some of the best designs. It’s hard to keep pace with them, but I have learnt a lot from them," he says. And does he have a cufflink desire? “I wish someone could make me a customized pair with my signature."/Content/Videos/2007-12-29/SS291207.flv32c68f5a-b381-11dc-b839-000b5dabf636.flv

Cufflinks are his favourite accessory and he has been wearing a pair to work every day for the past 25 years, but hasn’t bought one in a long time. “My wife Rehana gifts me a pair on my birthday every year, she doesn’t like me buying them. She knows my taste, so I just wait for her to get them for me," he says.

Ansari’s first pair was a gift from his father when he graduated from high school at 17. “I got the habit from him. He has an amazing collection; I hope to inherit it some day," he says. Especially the custom-made Patek Philippe crescent-shaped pair in gold, with lapis lazuli. 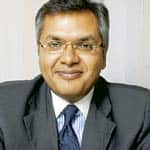 Despite losing several pairs over the years, Ansari’s collections in both cities are as diverse as the continents they reside in. “Indians are more conservative, so here I wear classic, businesslike pieces," he says. His Mumbai collection includes a Chopard pair with his initials; a gold square set with diamonds and lapis lazuli from Omega; Christian Dior circles with onyx; a Dunhill pair with sapphires; mother-of-pearl pieces by Valentino; and a Boucheron couple in white gold and diamonds.

In Geneva, it’s “exotic" animal motifs—frog and beetle-shaped pieces are his favourites. Ansari makes sure he matches them with his shirt—cool colours such as blue and purple with white gold pieces; warm colours such as red and brown are paired with yellow gold.

Ansari believes Indian men are yet to really discover cufflinks as a style accessory. “I have seen a few wear them with the cuff buttons still on the shirt," he says. Although he doesn’t go a day without cufflinks, he passes up on them for an informal night out. “I don’t think cufflinks belong with a Hawaiian or a Versace shirt. They could, but it would be a bit too much for me," he says.