Thanks for Visiting Mint
You seem to have an Ad Blocker on. Please turn it off in order to continue, or whitelist Mint
HOW TO TURN OFF AD BLOCKER
OR
REFRESH IF YOU ALREADY TURNED OFF THE AD BLOCKER
Home >Mint-lounge >Features >VoLTE smartphones below Rs10,000 you can buy

VoLTE smartphones below Rs10,000 you can buy

VoLTE can improve call quality significantly, but you need the devices which support the technology to access it

Telecom operator Reliance Jio has created quite a stir by announcing 4G services at prices many times less than what rival operators charge. One of the highlights of the 4G services is VoLTE (Voice over Long Term Evolution) which is basically a new form of voice over IP. VoLTE was developed by operators looking for a standardized technology for transferring calls over LTE. With a VoLTE-enabled smartphone, a regular call based on the conventional Circuit Switched voice network will be automatically transferred over the LTE network. This is accomplished by breaking down voice into small data packets.

Call quality would be many times superior and the calls will connect sooner. However, this doesn’t mean users will not face issues such as call drops. Poor network connectivity is likely to affect VoLTE calls as well.

The other limitation is that the technology is limited to a few devices. Here are the top picks priced under ₹ 10,000 that support 4G networks along with VoLTE calling. 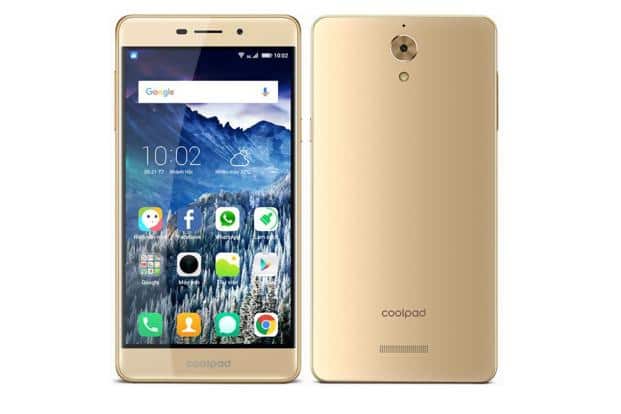 Coolpad’s new Mega 2.5d is a solid big-screen phone for movie buffs and avid readers. The 5.5-inch display has a resolution of 1280x720p. The phone’s curved back design gives it a handy feel while the extremely light form factor (140g) gives it an edge over rivals. This phone runs Android 6.0 with a custom UI over it and is powered by MediaTek’s entry level MT6735P quad-core processor with 3GB RAM. It is good with basic tasks but struggles a little with games. It offers 16GB storage, supports GB microSD cards and has a modest 2,500mAh battery. The Eluga A2 is a big-battery smartphone with a 5-inch display with 1280x720p resolution. It runs on MediaTek MT6735P quad-core processor with 3GB RAM and can handle multi-tasking smoothly. It offers 16GB of internal storage and can accommodate up to 128GB more via microSD card. The 4,000mAh battery lasts over a day and half. At 167g, it is a bit hefty for a small-screen phone, but with a battery this big it is not a bad deal at all. The other drawback is that it runs a slightly older Android 5.1 (Lollipop) OS. The Redmi 3s Prime is a rare budget smartphone with the look and feel of a flagship and has an equally robust hardware. Powered by Qualcomm’s new Snapdragon 430 quad-core chip with 3GB RAM, the smartphone can handle multi-tasking and games without any stutter. The 5-inch display has a resolution of 1280x720p. The phone is surprisingly sleek for the big 4,100mAh battery. It weighs 144g, is 8.5mm thick and has a solid metal finish like the Redmi Note 3. It also runs a fairly new Android 6.0 and comes with a fingerprint sensor. TCL’s second smartphone, TCL 562, is full of surprises. It runs Android 6.0 with an interface which has more in common with pure Android than a typical Chinese phone interface. It is well-designed, grips well and weighs just 150g. Its big highlight is the 5.5-inch display which has a 1920x1080p resolution. Driven by MediaTek’s powerful Helio P10 octa-core processor paired with 3GB RAM, the device is perfect for gaming enthusiasts. The phone offers 32GB of storage and supports up to 64GB microSD cards. It runs Android 6.0 and has a 3,000mAH battery. Reliance’s LYF Water 7’s big highlight is the 5.5-inch display, which packs in a resolution of 1920x1080p and uses Asahi DragonTrail glass to minimize scratches. It comes with a fingerprint sensor and has a unibody metallic body. The device runs on Qualcomm’s Snapdragon 615 octa-core processor with 2GB RAM, has 16GB storage which is expandable to another 64GB and is backed by a 3,000mAh battery. The only niggle is that it runs a slightly older Android 5.1 OS.