Books can’t tell you how to be a woman

Women want to wed, men want to bed. It’s an age-old cliché that has spawned countless films, books and magazine articles, each a paean to feminine desperation. Cue in the legions of needy, insecure, overwrought women swooning over a suitably unavailable and unreliable man.

The publishing industry has been particularly prolific in peddling innumerable variations of this noxious piece of sexual mythology. There are the perennial “romance novels", the most noteworthy being the gag-inducing Mills and Boon series. The modern variation, so-called chick-lit books, are mostly updated versions of the same hackneyed plotline: See Jane fall in love, see Jane lose her dignity, see Jane get hitched. It’s a measure of our progress in so-called “women’s literature" that a 19th century Elizabeth Bennett had far more self-respect in matters of the heart than a modern-day Bridget Jones. 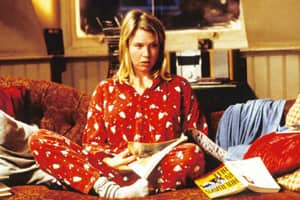 Act Like A Lady follows the classic template of dating books aimed at women. Step 1: Berate women for not respecting themselves, i.e. being much too desperate to land a man. Step 2: Offer advice that robs women of any self-respect they may possess.

Harvey’s version is to scold his readers for having low “standards", settling for any man who will have them. But what will get you the right kind of man? In a chapter that shows “how men distinguish between marrying types and playthings", Harvey helpfully divides women into “sports fish" and “keepers".

Firmly in the “sports fish" category is “the party girl who takes a sip of her Long Island Iced Tea...then announces to her suitor that she just wants to “date and see how things go", and she is the conservatively dressed woman at the office who is a master at networking... She has no plans for any ongoing relationships, is not expecting anything in particular from a man". In other words, a “plaything" is a woman who is neither man-obsessed nor anxious to marry, the kind of woman most likely to have the high standards Harvey recommends.

Harvey is just the latest man to make a whole lot of money offering degrading dating advice to clueless women, a noisome publishing trend kicked off by the wildly successful book He’s Just Not That Into You: The No-Excuses Truth To Understanding Guys. Now an equally gag-inducing movie, the book featured co-author Greg Behrendt offering advice to single women too dumb to know they’re being strung along by a bunch of not-so-nice men.

HarperCollins’ decision to release the book in India last month—five years after its original publishing date—is at best inexplicable. The vast majority of Indians opt for an arranged marriage, where the man is already fully “committed" to the relationship, along with his entire family. Perhaps a more fitting relationship primer for us Indian gals would be ‘She’s Just Not That Into You: The No-Excuses Truth to Understanding His Mom’.