Mad about the sari

It is in publicized pacts, festivals and offices. Why has India's oldest drape suddenly become an urban fetish?

If she leaves at 7am, it takes Viji Venkatesh 2 hours by the Mumbai local train from Thane, where she lives, to reach her eye surgeon at Fort. By the time she is there, the India country head of Max Foundation says she is ravenous. Last time she walked into Starbucks for a coffee and a bite, Venkatesh, dressed in a pink leheriya sari and a Kutchi blouse, asked a server to take her photo so she could post it on 100sareepact.com. A sari-wearer ever since she can remember—it is even her nightwear—Venkatesh says she now makes a great effort to capture her saris in photographs. Committed to the pact, through it she shares stories of cancer survival, which are a part of her work, and her own tryst with glaucoma. The #100sareepact (wear saris at least 100 times in a year), launched in March by Bengaluru-based Ally Matthan and Anju Maudgal Kadam, is a rage on social media. The story has even bled beyond borders. Consider #Unstitched: The Sari Project initiated by Toronto-based visual artist Meera Sethi who wants to create a community among 108 (the number signifying a complete set of beads in a Hindu rosary) South Asians with a sari. Over two years, participants (of any gender) will receive a sari, a petticoat, a camera and notebook with instructions. In the three-seven days during which they can keep the package, they must wear the sari and document the process through photography, social media and notes. “You are encouraged to wear the sari in a public environment…" read the instructions. Once done, the sari must be passed on to the next participant. #Unstitched will begin its journey with Sethi publicly wearing the sari in June and culminate in an exhibition featuring the travelling sari with photos and written documentation of all the participants. Meanwhile, a blog is underway, which will feature photographs and texts from participants.

#Unstitched is an unusual idea and “sari revival" a trendy coinage, but the plain truth is, nobody is reviving the sari. Even perfumer Matthan of #100sareepact agrees. She is surprised, she says, when women thank her and Kadam, a television professional, for “reviving the sari". You can re-fuel interest in something losing relevance, but you can’t “revive" a living garment like the sari, which has draped Indian women of every class, caste and artistic bend. It was the strongest tool of national identity during the freedom movement and is still worn among women across age groups and regions. The sari is royal, elite, sophisticated, ordinary or homely.

This culturally rooted garment has suddenly become a fashion statement, a fetish in some cases, at least in the metros. Has the trend influenced young girls enough to reject Western clothing? Do they wear the sari regularly instead at school farewell functions or festivals? Has the sale of handloom saris substantially increased across the country? We do not know yet. What we do know is that the renewed interest has made the sari a peg for every narrative of modern Indian womanhood—modernity, sexiness, nationalism, nostalgia, pride, power, politics, intelligence, slimness, even plus-size perfection. If a woman wears a sari to the workplace, compliments go up like chants. Isn’t it almost a neurosis?

“Yes, I do find it a little precious and artificial," says journalist Sagarika Ghose, who mostly wore saris as an English television anchor. “Do other countries require dress pacts? It is like saying, let’s get together and dig our roots, let’s speak Hindi, let’s celebrate Diwali. I am all for keeping the sari and the handloom sector alive, but I am not sure if the sari must be turned into a fetish. Men don’t make a ritual of wearing the dhoti, so should keeping a tradition alive only be a woman’s responsibility?" asks Ghose, now a consulting editor with The Times Of India. “I wonder why the younger generation doesn’t naturally gravitate towards it and why we need bumper doses of tradition and sari classes to teach women how to wear and walk in a sari."

Nobody faults the sari’s timeless elegance. Even those who debate the sari fad defend it as a postscript. All the same, the drape is too valorized. It is the (female) flag of traditionalism as well as the stamp of modernity revealing how we have rejected all other garments as “modern". It reveals the paucity of fashion inventions in a diverse country; fashion magazines that had long sidelined the sari as regressive now hold it up as a flash of modernity.

“The sari’s overstatement is symptomatic of the times we live in. Everything is magnified due to digital media," says Mehernaaz Dhondy, the editor of fashion magazine Grazia (India). “But there is nothing wrong in this trend as identity is a very important part of our culture," she says. Grazia’s interest in doing sari features is dictated by social factors, says Dhondy, adding that the drape itself hasn’t stayed where it was. It has evolved.

My own soul is trapped in a sari. I have worn saris since college and feel oddly underdressed and compromised without one. Like a majority of women, I did not set out to make the sari the site of my fashion career or an expression of my personality type, as they argue these days. I wore it because given my middle-class upbringing in a small town, a woven sari was an affordable way to be well-groomed.

Years later, I became the first editor of Marie Claire’s Indian edition. I continued to wear handloom saris to fashion front rows here and abroad, which is what I do even now; I have a huge collection of handloom drapes. Over the years, my saris (and me) went from being labelled as behenji to “modern, authentic and stylish". Times have indeed changed for the sari.

But the sari’s faddish triumph indicates Indian fashion’s failure to come up with any garment that is equally elegant and well matched to the Indian woman’s life. Nothing phenomenal has come out of the salwar-kameez, kurti-churidar, or lehnga even as Indian designers have made huge strides in experimenting with new silhouettes. As Arti Sandhu, associate professor, fashion design at Columbia College Chicago, US, and the author of a new book, Indian Fashion: Tradition, Innovation, Style, says, “If it is a trend or fad—it is also warming to note that the sari is still able to partake in the cycle of fashion trends in India—something that cannot be said about other types of traditional or national costumes in other cultures and countries."

Sandhu has been watching the interest in the sari on social media from Chicago and says it is in keeping with the thread she followed in her book. “While many texts on Indian dress as well as common outsider perceptions confuse traditional dress (like the sari) with fixed costumes and anti-fashion—in reality, the sari is far from fixed and highly conducive to fashion," she says. Garg says he foresaw this bubble around the sari coming and dreaded it. He finds designers who never made saris earlier but are now jumping into the fray opportunistic and the sari’s social intellectualization a pseudo trend. What few dwell upon though is that the current rage is not a creation of fashion. Young women still haven’t made the sari their regular wear. It’s an urban story yes, but its most passionate followers are women in their 30s or older. How many women have you seen in bikini-saris or sari-gowns anyway? These are great technical experiments, but they haven’t influenced the way women “feel" about the sari or why they cling to it. At fashion events, the sari, especially the way it is worn by young girls, is not a tradition-reviving choice, but a style statement. It is occasion wear.

“I have a Tamilian background and am very comfortable with saris. While I wear them more often than my friends and own six or seven of my own, it is only for special occasions. I am usually in Western wear," says David. 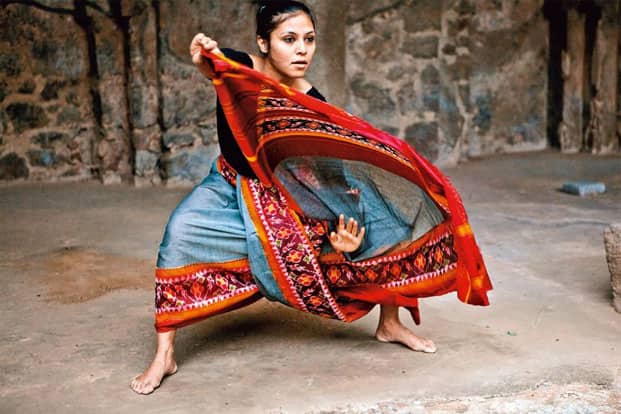 On 100sareepact.com, you notice that the sari wave is actually a return to the traditional drape, a choice of the masses, not the fashionistas. “We hope to capture the stories that stem from its weave—from the perspective of the wearer, the weaver, the middleman and the lobbyists. These narratives dig deep into relationships, trends, cultural backgrounds, rituals, heritage and contemporary life," says Matthan, agreeing that the current hype around the sari needs a debate. She emphasizes that more than self-indulgence or fashion, stories of social relevance, age and skin colour are shared on the site.

Singh, who has worn only saris since she was 16 and who worked with veteran crafts practitioner Martand Singh and cultural activist Pupul Jayakar during the crafts movements of the 1980s, likes the idea of sari pacts. “They are leading women to rediscover India’s most feminine garment. I am all for it. If more women wear saris, it will have a salutary effect on how we dress. Indian women look awful in pantsuits and frocks; and no, please don’t call them dresses. Dress was always an outcome of cultural needs, and the sari is versatile and most useful when it is unstitched, not when it is belted or stitched or strapped up," she says, adding that there is nothing more absurd than a stitched sari. Verma basks happily in saris. “Seeing it as a campaign or a cause is reading too much into it at the moment, but we are losing touch with our tradition and there is increasing cultural alienation," says Verma, who works with Red Earth. He plans to take the sari festival to other cities from this year and believes that sari backlash may become a relevant study in the future. “Who knows, the sari may become a cult given that more and more reasons are being assigned to wearing it. It is being politicized yes, but will it become a cause, I am not so sure," he says.

Singh too agrees that the hyper-national statements around the sari must be shed. “Wearing the sari doesn’t make you less or more Indian," she says. Raw Mango’s Garg, however, sounds troubled. “Please leave us sari makers alone. Don’t look at us. Don’t label the sari as the Mahatma of fashion. That way you will kill it."