Home / Leisure / Parsis have civilization; other Indians don&#8217;t
Back
Share Via

Parsis have civilization; other Indians don&#8217;t

Parsis have civilization; other Indians don’t

Indians have culture but not civilization. Culture is how we entertain ourselves; civilization is how we entertain others. Culture is our attitude to beauty and ugliness, to power, to religion, and to family. It shows in our music, in what makes us laugh. Civilization is our attitude to mankind. It’s defined as social development of an advanced stage, but civilization never actually arrives; it is only reached for. It assumes there is high purpose to life, to wealth, to culture. It believes that man will exhibit the signs of his evolution. He will improve upon man. For this he must build—but what? 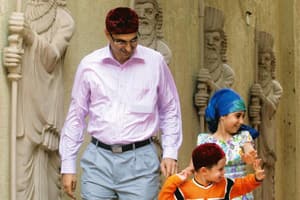 They built temples in Jaipur, Hyderabad, Delhi, Mumbai, Patna and Kolkata. Most of these are to Lakshminarayan, and these are only the big ones. No Indian family has built more, or bigger, temples than the Birlas, and that is their contribution to our culture.

Mukesh Ambani is building on Altamount Road a structure called Antilla, the most expensive home in history.

Its architects Hirsch Bedner say their estimate for it is around $2 billion. That is Rs9,000 crore, and four people will live in this house. That is Ambani’s contribution to our culture.

The Birlas built schools for the rich, and the Ambanis made a school for millionaires.

At the Tata Memorial Hospital, which treats cancer, healthcare is free.

Rajashree Birla says Indians “don’t have the mindset to give away large amounts of money to charity". The act of leaving “just a little bit for their children", she says, “happens only in the US".

“It calls for very large-heartedness," she says, “I don’t see this happening in the Indian context in the near future at least."

She’s right about our mindset and culture, but wrong in assuming that the problem is about large-heartedness: It is actually about a lack of civilization.

She’s wrong also about this not happening in future: It already has happened in India.

How much money are we talking about? Tata Sons’ net profit last year was Rs3,780 crore.

Indians should buy their books from Landmark, their phones from Tata Indicom, their television sets and washing machines from Croma; and they should stay at the Taj. They should drink Tetley tea and Himalayan mineral water. They should watch TV on TataSky and get themselves insured with Tata AIG. Why?

In Europe, the ownership and efficient management of such a giant corporate by charitable trusts would be stunning.

But we use the phrase “Tata-Birla-Ambani" easily, as if the words were interchangeable. One of them has nothing in common with the other two. JRD sent 81% of Tata Sons’ income to charity. We thanked him by nationalizing his beloved Air India, firing him as chairman and running it into the ground.

Under R.K. Pachauri, in 2003, the name Tata was neatly excised from Teri and replaced with the word “The". Now, Teri’s magazine and website are testament to the greatness of Pachauri, who will show up to collect any award you give him, including GQ Man of the Year. But that is our culture.

Parsis have civilization, but not culture. They cannot speak old Persian and their Avesta they cannot read.

Their last names are Gujarati: Broacha (of Bharuch), Anklesaria (of Ankleshwar), Surti (of Surat), Mehta (accountant) and Gandhi (grocer). Their first names are great names in history, names that made Athens and Sparta and Corinth tremble—Ksayarsa, Kurush Buzurg and Daarivush. Herodotus and Thucydides called them Xerxes, Cyrus the Great and Darius. Parsis cannot even speak their own first names.

From 500 BC, Parsis fought Europe. They spilt and drew blood in history’s most famous battles: Marathon, Thermopylae, Salamis and Plataea. Hollywood’s cardboard Leonidas looks heroic in 300 (Xerxes is shown as demented), but actually the Parsi Immortals butchered the Spartans at Thermopylae and the terrified Athenians abandoned their city. Alexander the Great conquered the Parsis in 334 BC and the Arabs under Umar drove them from their lands in 644. But the real Parsi surrender came in Bombay when they submitted to the individualism of Enlightened Europe.

We hate sweeping statements about Indians, and generalizations about India. The problem is that everywhere in India the same evidence keeps slapping us in the face. We’ve become good at looking away. We think we are Aryans, descended from the Caucasus. Parsis also believe that.

Zarathushtra’s god was Ahura and his demons were Daiva. But the Rig Ved says Deva must be our god and our demons Asura.