From the continuing controversy around manual scavenging to Hima Das's new running shoes, Lounge takes on the biggest updates of the week This year’s Ganeshotsav provided more than just food for thought with innovative Ganesha idols with a sustainable afterlife. In Ludhiana, Harjinder Singh Kukreja fashioned a 65kg idol of Lord Ganesha out of chocolate. It was dissolved in milk in a symbolic visarjan and the resulting milkshake was distributed among nearly 500 underprivileged children. In Mumbai, the idea of a living god took on new meaning with sculptor Dattadri Kothur’s “tree" Ganeshas. Crafted out of clay mixed with organic fertilizer and ladies fingers’ seeds, these idols need to be placed in soil and watered till the plant germinates. And long after the festivities are over, your Ganesha could still be providing daily sustenance. —DK

Last week, six men in Delhi died while cleaning a septic tank and a sewage pit in two separate incidents, bringing the issue of manual scavenging back into the national spotlight. A dehumanizing and exceedingly dangerous practice, manual scavenging—the removal of untreated human waste by predominantly Dalit workers—was banned in 1993. That law was amended in 2013 to include the cleaning of septic tanks and sewers. But five years later, both private companies and state and municipal authorities continue to flout the ban, depriving thousands of citizens of their right to live with dignity.

According to data collected by the National Commission for Safai Karamcharis, 123 people have died countrywide since 1 January 2017 while cleaning septic tanks and sewers. That’s one death every five days. Given the lack of official data, even this is likely to be a gross underestimate. The Safai Karamchari Andolan (SKA), an NGO that works to rehabilitate manual scavengers, says they have documented 300 deaths due to this work in the same time period, and warns that the actual number is probably higher.

“The Centre is spending thousands of crores on constructing toilets for the Swachh Bharat Abhiyan," says Bezwada Wilson, the SKA’s national convener. “But when it comes to the eradication of manual scavengers, there is no political will to take action." —BK 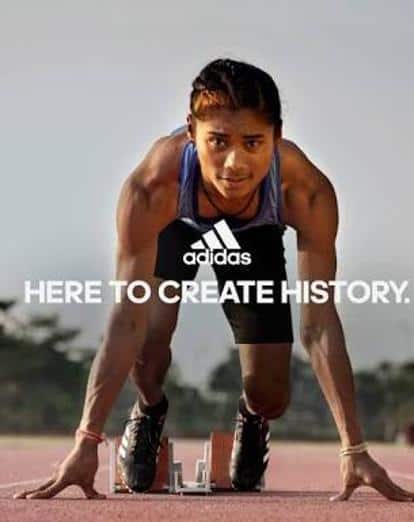 Hima Das starts training in two weeks’ time. There are the Asian Championships, SAFF Games, and the World Championship to look forward to. When she goes on the track again, she will be wearing the best shoes made by adidas. The 18-year-old sprinter from Dhing in Assam, who started running less than two years ago and has taken the world by storm since, became the German sports corporation’s new brand ambassador on 18 September. Das is the eighth young athlete and fourth Indian sportswoman that adidas is supporting. “It feels good when your work is recognized," says Das over the phone. “This also is another reason to work harder and encourage more girls to take up sports." The deal opens up new opportunities as well as a new set of challenges for her. Going forward, she will have to consistently repeat or better her recent performances. “The only target still is to better my time," she says. —PKS German automaker Volkswagen will stop the production of its iconic Beetle car in 2019. The last model of the compact car will roll off the production line in July 2019. Known for its curvy shape, the original Beetle was developed in the 1930s by Ferdinand Porsche and has seen various models hit the roads across the world over the last seven decades. The move comes at a time when Volkswagen is still recovering from the 2015 “Dieselgate" scandal that cost the company billions of dollars. According to an official statement, the company will now look to ramp up its “electrification strategy" and focus on electric vehicles. There are, however, no immediate plans to replace the car, which The Guardian described as a vehicle “pioneered in Nazi Germany and immortalised in Hollywood". —NS