Strumming the notes: The acoustic rock band from Mumbai, Whirling Kalapas, will be jamming at B-Flat.

Arkadius Antonik, frontman of the German band SuidAkrA, will jam with Bangalore’s heavy metal band Kryptos. The event will also present the winner of the Bangalore Open Air 2012 metal battle.

Directed by Soumya Varma, this adaptation of Stella Kon’s Emily of Emerald Hill locates the action in the Kodava community. Originally, the play told the story of the Peranakans, a Chinese community fighting to keep its culture alive amid a vortex of change. This adaptation tells the story of Kaveri, an orphan married into an aristocratic Kodava family; the culture here is that of Coorg. 1 hour, 40 minutes.

Dubbed as “a musical get-together for the Indian indie and rock fraternity", this event is being organized by the music group Rock Circuit for indie rock musicians and music enthusiasts from different walks of life, to enable them to come together and create something new. The evening will feature performances by bands such as Aks, Altered Scales, Welwet Rose and The Indus Valley Project. There will be a talk featuring members of established bands such as Swarathma and Agam, and Ranjon Ghoshal of the first Indian band Mohiner Ghoraguli, who will share their experiences on the Indian rock scene.

Murals and Collages of Shekhavati Shekhavati scenes: Historian Jyotindra Jain will talk about the murals of Shekhavati.

The Atta Galatta book store will host an interaction over high tea with romance novelist Nandita Bose, who will speak on the “shrinking spaces for love in public discourse and consciousness". Bose will be in conversation with humour writer Rachna Singh; stage actor, photographer and blogger Sambrita Basu; corporate coach and theatre professional Rahul George; and co-founder of the hospitality chain Linger Leisures Sameer Shisodia. There will also be a reading from Bose’s debut novel, Tread Softly.

Cinnamon has on display saris and stoles (and fabric tiles of Madhubani art) by the design group Jiyo!, an initiative of the Asian Heritage Foundation which has artists and designers working closely with rural artisans to create craft and textile products.

Berlin-based artist Steffi Silbermann, who’s currently the Goethe-Institut’s artist in residence at the 1 Shanthi Road studio gallery, will display different kinds of larger-than-life bamboo sculptures for visitors to explore. These sculptures invite guests to hop on, climb, swing, paint, scrawl, write (and even nap) atop them. Some of them will also be on display at the Indo-German Urban Mela at the Palace Grounds this fortnight. Silbermann has worked with Bangalore-based group Manasaram Architects and the Indian Plywood Industries Research and Training Institute for this project.

The annual music festival returns with a two-day line-up of gigs at the Alliance Française de Bangalore, featuring 33 bands from across the city, and spanning the genres of rock, classical, folk, Blues, metal, jazz and fusion. The event will begin around noon on both days and go on till late in the evening. D. Ramanna, accomplished in the leather puppet dance form Tholu Bommalata from Andhra Pradesh, is holding an exhibition of his work as well as puppetry workshops. A variety of puppets from south India are on display at the Art Gallery. Special screenings of films on puppetry and puppeteers will be arranged on weekends. These include films on Rajasthani puppets, Pava Kathakali, doll’s theatre, Tholpavakoothu, Yakshagana puppets and Noori puppets. Nee Enge, a film by R.V. Ramani on Tamil Nadu’s puppeteers, will also be shown. At the workshops, Ramanna is teaching the craft of making lampshades and vibrant puppet door-hangings.

Enjoy Iyengar cuisine with an authentic spread of delectable dishes made without onion or garlic. These vegetarian dishes include panakam, pazha rasam, saathamudhu and kariamuthu and were traditionally prepared only in the most “aacharam" Iyengar Brahmin kitchens.

Silence! The Court Is in Session

The Madras Players presents its version of Vijay Tendulkar’s play, originally written in Marathi in 1963 and titled ‘Shantata! Court Chalu Aahe’. It’s a study of everyday, ordinary characters. When a theatre group reaches a remote village a bit too early for their show, they decide to while away the time by playing a game. What starts off quite innocently gradually turns sinister. 1 hour, 40 minutes.

Directed by Bong Joon-ho, this 2006 Korean film, with English subtitles, deals with the implications of the American military presence in Korea. The story of the film follows an American military pathologist, who dumps over 200 bottles of formaldehyde into the sewer system leading into the Han River. Over the next few years, a strange amphibious monster emerges from Han River and attacks people at random. Till it snatches up the main protagonist’s daughter and returns to its hideout under Wonhyo Bridge. Rock DJ: James Zabiela from the UK will play at blueFROG. On show: The works of Dayanita Singh and Pablo Bartholomew, at Ojas.

The Parisian electro-jazz five-member dance band No Jazz mixes the original celebratory spirit of jazz with hypnotic rhythms and contemporary sounds. Acoustic and Jungle, Trip Hop and Fanfares, melodies and samples, funk and jazz mingle happily with drum and bass. They have performed in around 40 countries so far, appearing at clubs and festivals. Their shows are explosive, fantastic displays of energy and rhythm where the magic of George Clinton, Frank Zappa and Miles Davis fuses to create an other-worldy experience.

Directed by Andreas Dresen, the 2005 film Sommer vorm Balkon (Summer in Berlin), with English subtitles, is the tragicomic story of two women and their daily struggle for survival during a summer in Berlin. Katrin, a jobless single mother, and Nike, a nurse, are best friends and live in the same house. They are always dating the wrong men and spend many nights together drinking on Nike’s balcony and chatting—until the day Nike meets trucker Ronald. 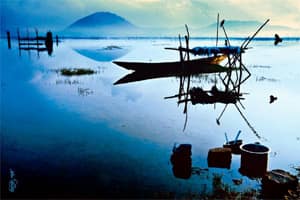 Snapshots: A photography festival is on at Birla Academy.

The play Eka Tughlaq, written by Rudrarup Mukhopadhyay and directed by Arna Mukhopadhyay, will attempt to unveil unknown facts about Muhammad bin Tughlaq, the sultan of Delhi from 1325-51.

The Umak (Ustad Mushtaq Ali Khan) Centre for Culture will celebrate the 101 birth anniversary of sitar maestro Ustad Mushtaq Ali Khan of the Senia ‘gharana’. The evening will include a performance by his disciple, Pandit Debu Chaudhuri, who will be accompanied by Pandit Kumar Bose on tabla. There will also be a recital by Hindustani classical singer Ulhas Kashalkar, Suresh Talwalkar on tabla and Jyoti Guha on harmonium. 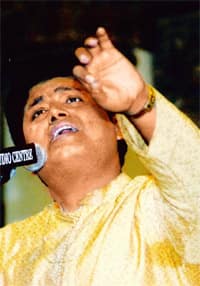 The multidisciplinary arts project, Project Cinema City, has been working since 2007 on the relationship between Mumbai and movies. The project includes installations, photographs, paintings and films and is being exhibited at the National Gallery of Modern Art (NGMA). Curated by Madhusree Dutta, a documentary film-maker and director of the cultural centre Majlis, the show displays factual documentation of Mumbai’s film-making practices and artistic interpretations of the images produced by cinema. Dutta has selected artists, architects and film-makers who have engaged with the city in their work, including Atul Dodiya, Pushpamala N., Anant Joshi and Shreyas Karle.