Portrait of an Indian Soldier

A tribute to Hangpan Dada, killed in an encounter near the LOC on 26 May

I first met Hangpan Dada in a WhatsApp forward. A clean-shaven, square-jawed, handsome man from Arunachal Pradesh, posing with his good-looking, smiling wife Chasen. In the photos, clearly taken on an Agra holiday and repurposed for this sombre occasion by trimming the background, he was clad in a tie and suit, looking quite pleased with life. The text described him as one of the bravest Rhinos, as Assam Regiment soldiers are called. He was a motivator for his company, a legend, said the forward. And then that line that we read so often on social media: Salute to the martyr.

Struck by his calm face, I scanned newspapers hoping to find out more about him but there were only a few paragraphs, buried in the inside pages. So I contacted the army and spoke to several officers who helped me reconstruct his life and death.

On the morning of 26 May, when Havildar Hangpan Dada, 36, spotted four armed terrorists who had crossed the Line of Control, trying to infiltrate the area near the remote, high-altitude post he commanded, he waited patiently for them to enter his kill zone. His initial burst of fire killed two terrorists as the others ran for cover behind big boulders that were just emerging from the thick snow they are hidden under for more than half the year.

When the other two men bolted, Dada, father of Roukhin, 11 and Senwang, 7, charged them. Dada had asked repeatedly to be posted to a Rashtriya Rifles (RR) battalion in Jammu and Kashmir so he could be on the front line and his wish had finally come true in March.

Before they could take cover, Dada shot a third man up close. A bullet got Dada in the neck, but he managed to injure the last terrorist. Dada’s teammates closed in and finished the job. Even in death, apparently, Dada’s hand didn’t let go its grip on his AK-47 rifle.

Dada commanded a military post at 13,000ft, somewhere in the Shamshabari mountain range near the Line of Control, that ethereal boundary between separated-at-birth twins India and Pakistan. It was rare for a non-commissioned officer to be in charge of a post but Dada was known for his tactical skills and physical proficiency. All the officers thought highly of him. 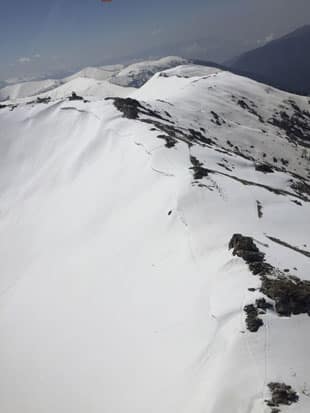 The area gets around 20ft of snowfall annually. It is avalanche prone and cut off from the world for six months in a year. Maintaining the morale of your platoon isn’t easy when your shelter is under snow, the nearest road head is 5 hours away, the network is erratic and the 24x7 surveillance is not just visual but also requires you to move from place to place. When the snow melts, you can see the huge boulders—sometimes the size of a small room—and steep crevices. Most infiltration bids occur at night and as the weather starts to get warmer.

“When you’re serving in a place like this, what area you come from or what faith you follow don’t matter. It’s all about your task and your mission; your loyalty to your team, your company, your battalion, your regiment. That is the basic fuel on which you work," says Lt General (Retd) Gurmit Singh, who was based in Kashmir for 10 years, some of them as general officer commanding, 15 Corps. RR is that classic loyalty to your paltan in play. 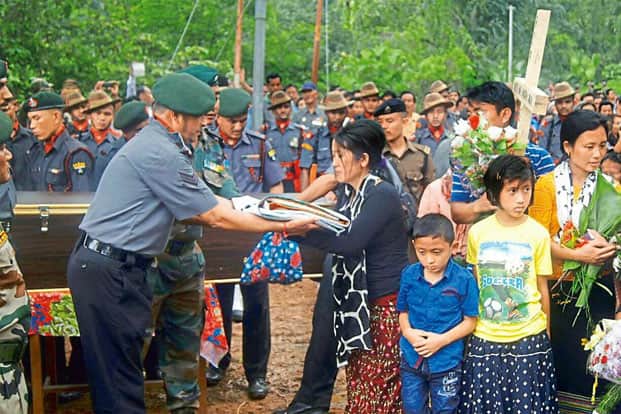 What part of India are you from, the general suddenly wants to know. It’s embarrassing to confess that I was born and grew up in south Mumbai, India’s most somnolent political constituency, in fact a different India altogether.

We love to pontificate about the idea of India but an RR battalion is that idea in operation. Men from every state serve together (and learn to live together when they come on deputation for two-three years) in many of these 63 counter-insurgency battalions spread across Jammu and Kashmir (excluding Leh). In Dada’s 35 RR battalion, for example, no state is unrepresented. Yet, it isn’t always easy to manage. When the RR was first set up, its fighting men came from various regiments. They often did not get along, and discipline was an issue. Today, the RR fighting component—the infantry units—are almost always from a single regiment. In this case it was the Assam Regiment, composed of men from all the seven North-East states. Back home some tribes may be daggers drawn, but here they are brothers.

The diversity is so overwhelming it can almost seem like a cliché. Maharashtrians are very good swimmers, but not so Gurkhas and Sikhs. South Indians and Bengalis find it difficult to withstand the cold. North and North-East Indians—that swathe from Kashmir to Mizoram—and south Indians love their meat but middle India is mixed, often preferring vegetarian. Then there’s that age-old north vs south, chapati vs rice difference. The men shop differently and have different saving habits. Of course they all dream of being back at home with their families at different key times of the year—from Holi to Christmas, Dusshera to Durga Puja and Eid.

As résumés go, Dada’s was an inspiring one. He always wanted to be the first one out there, a volunteer for any task no matter how big or small. Rank never mattered to him. In an ambush situation, for example, even in the presence of senior officers in charge of the operation, he would take the initiative, radioing team members through the night, making sure they were alert and okay.

He was always the first scout, a risky job traditionally reserved for soldiers with less experience. In Manipur with 4 Assam, he was often first off the blocks. He would cordon the area, cut a long bamboo and check for improvised explosive devices or home-made bombs. He loved facing dangerous situations. Once on leave at home he was bitten by a snake—twice—because he refused to give up after the first bite.

Dada once took the initiative to construct a church for his battalion and even played resident pastor. He would give regular sermons and conduct church-related events. He was the preferred choice for company commanders and commanding officers headed out on a patrol. Before any patrol left, and after every operation, he would step out, face the team and pray for everyone. He was put in charge of the mess because the officers loved to interact with him. Many of them paid their condolences on Facebook after he died. His colleagues say he was an elder brother to everyone.

In his 18 years of service, he did a stint as a paratrooper in the airborne infantry wing of the army before moving to the Assam Regiment in 2005. He joined 35 RR in March and by May he had his own post.

There has been an increase in the tempo of anti-terror operations in the Kashmir Valley, and an increase in terrorist-related incidents in the first five months of this year compared to 2015, largely because of the warmer than normal temperatures this past winter, so in that sense Dada’s story is not unique. My inbox has other stories of lives lost these past three months too.

You remember 23-year-old Pawan Kumar, a graduate of Jawaharlal Nehru University, who died in a terrorist encounter in Pampore in February, whose last Facebook post famously said: “Kisiko reservation chahiye to kisiko azadi bhai. Humein kuchh nahin chahiye bhai. Bas apni razai (Some want reservation and some want independence. I do not want anything, except my quilt)"? Or 34-year-old Naik Gawade Pandurang Mahadev, who died on 22 May in an encounter with five terrorists? He was a good hockey player and took leave last in February for the birth of his son.

Hangpan Dada was buried with full military honours at home in Borduria. The chief minister attended, as did the entire village. There were no reporters. Who knows what makes a soldier’s death go viral? Extreme emotion like the kind evoked in us when an 11-year-old daughter raised the Gorkha battle cry at the funeral of her colonel father, and which was immediately taken up by the soldiers in attendance? Live action? Remember how we watched Lance Naik Hanumanthappa Koppad being rescued from under an avalanche on the Siachen glacier and then mourned him when he died?

What decides which rape/lynching/battle/death will be the flashpoint? Or which face will forever represent something horrific/sad that occurs repeatedly but moves us only occasionally. Dada’s will be that face for me, I know.

Priya Ramani shares what’s making her feel angsty/agreeable every fortnight. She tweets at @priyaramani and posts on Instagram as babyjaanramani.