There was an air of expectancy at the Middlesex County Cricket Club where Calcutta Cavalry were gathering for their morning training session. This was no ordinary session, this was when the custodians of the team would put into action the master plan that would set them on a winning streak in IBL 2009. Project Tire Gautam, Fire Gautam was ready to be rolled out.

Jeff Buccaneer sat on a reclining chair under a lawn umbrella on the sidelines, with his two assistants, the fielding coach and a trainer squatting on the ground near him. They were going through the details of the gruelling drill that Gautam would be subjected to. It was a drill that Gautam wouldn’t survive, or so they believed. One of them even harboured the hope that it would tire him out of next year’s IBL as well. 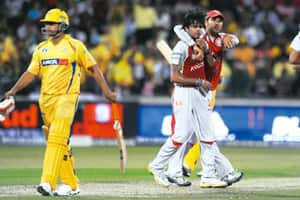 McMillan joined his boss near the boundary line as the second batch started warming up. The Execution Squad was filling McMillan in on the schedule when they were distracted by the sound of a vehicle drawing up. The third batch had arrived. Anticipation running high, they listened for the faint voices which got louder as the players walked towards them. They trudged in, one by one, and the think-tank’s excitement turned to anguish as they saw that, instead of five players, the third batch had only four. Gautam Sarkar was missing.

‘Where’s Gautam?’ screamed McMillan at the top of his lungs.

‘Isn’t he here already?’ replied one of the players.

‘No, he isn’t. Can’t you see?’ an irritated McMillan snapped.

It didn’t take long for realization to dawn—the entire team had arrived, with the exception of the one man who was wanted the most. Two assistant coaches, a fielding coach, a throwing coach, a physiotherapist, a trainer, a running coach and a captain stood around Buccaneer, the man with the plan, wondering how Gautam Sarkar had, yet again, wriggled out of their grasp. Although no one said it aloud, there was just one question on everyone’s mind—‘Did someone tip him off?’

The frustration of Gautam’s absence was taken out on the hapless others who went through a harder than usual training session. Three hours later, they headed back to the hotel, groaning and grunting as they massaged their tired muscles. After dumping their bags in their rooms, they headed straight to breakfast and soon after to the swimming pool. And there he was. Wearing red shorts with a Mickey Mouse pattern and a white floral shirt, sun glasses on his head and a glass of orange juice in his hand, Gautam Sarkar was relaxing on a poolside recliner.

‘I had very disturbed sleep last night,’ Gautam said when they asked why he hadn’t been at training. ‘I decided to sleep a couple of extra hours so that I am mentally alert for the game today.’

‘Why weren’t you answering your phone?’ McMillan asked, gnashing his teeth to control his anger.

Looking for all the world like he had no idea what they were talking about, Gautam said, ‘I must have slept very soundly in the morning to not have heard anything.’ He smiled, ‘Boys, I think I am all set for today’s game.’

The Gamechangers is due to be released on 11 March.