New Delhi: Maneesh Sharma can’t ever forget his 31st birthday, when he received his first film trophy at the Star Screen Awards from superstar Shah Rukh Khan (SRK) for his directorial debut in Band Baaja Baraat.

“None of it—that I would win, that the event would take place on my birthday or that he (Khan) would give away the award—was planned," said the 36-year-old, who is SRK’s director in Fan and shares a good rapport with him now.

Barely two years before that in 2008, when assisting Yash Raj Films chairman Aditya Chopra on his directorial venture Rab Ne Bana Di Jodi, Sharma hardly knew Khan, except that he felt a special connection with him as he grew up in the same city as Khan (Delhi) and studied in the same institution as the superstar (Hans Raj College, Delhi University).

“Shah Rukh was one of my favourite actors while I was growing up but I looked up to him more like that really cool guy who rose from the closed lanes of my city, that Dilli ka bhaiya who’s doing very well for himself," said Sharma. “It’s like your neighbour making it on his own. Of course, the respect has always been there and has only multiplied over the years." 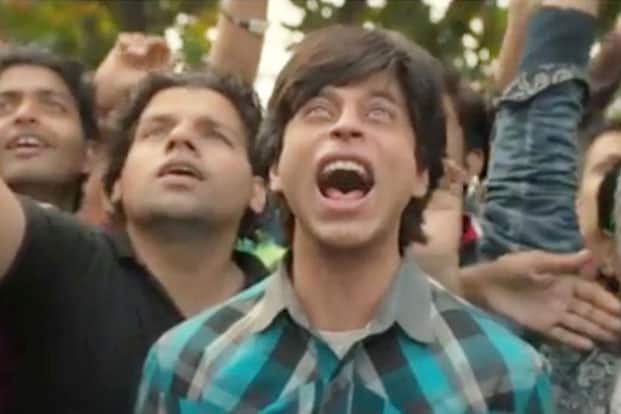 But Sharma was never the kind of obsessive fan that the superstar portrays in the film Fan, produced by Yash Raj Films. The film, which will be released on 15 April and has been written by Habib Faisal and Sharat Katariya, is about the relationship between a superstar and an obsessive fan.

“Although I don’t have a personal association with the kind of obsession that Fan is talking about, I understand the emotion…," he said.

The idea for Fan came from Sharma’s observation of the desires and expectations that fans harbour, especially in India, not just from movie stars but also from celebrities of any kind that they adore and worship. It is an emotion, he feels, that hasn’t been explored much despite being prevalent enough to be regarded as a sub-culture. “In today’s world, people have virtual access to whoever they like but that doesn’t mean they know the person… It excited me as we explored it as a story and somewhere down the line, it took the form of something set in a thriller genre," said Sharma.

The real challenge lay not in directing Khan, whom Sharma calls “the most receptive, alert guy on set despite the fact that he has more experience than all of us put together", but in conceptualizing and executing the look of Gaurav, the young fan played by Khan who looks similar to the star.

Born and raised in north Delhi’s Pitampura area, Sharma was keenly involved in theatre throughout college after which he moved to Los Angeles for a masters in fine arts at the California Institute of the Arts. Shifting base to Mumbai soon after, he assisted on a couple of Yash Raj productions, including Fanaa and Aaja Nachle, besides Rab Ne Bana Di Jodi. Fan, a script he had discussed with Chopra then, remained a long-cherished dream since he first got down to making Band Baaja Baraat for the studio, which was a less risky project but was a widely acclaimed tale of two young wedding planners in Delhi.

“My bond with Adi (Aditya Chopra) is just out there," the director confessed. “At any point, if an idea strikes me or there’s a script I remotely think of considering, it becomes that quick five-minute conversation where he gives me his feedback and we move forward. I don’t know if this sounds right or wrong but it’s not very structured."

That Yash Raj is a very important part of Sharma’s creative pursuits is evident from the fact that he produced Dum Laga Ke Haisha, an intimate but hugely successful family drama last year—a rare instance of a non-family member producing for the studio. The Sharad Katariya-directed film set in Haridwar about an uneducated cassette shop owner (Ayushmann Khurrana) and his overweight wife has just won the National Award for Best Hindi Film and managed box office collections of ₹ 30 crore despite the unimpressive poster value of a new girl and Khurrana who had delivered a string of flops.

“I was never planning on producing. How could I? I was preparing to make my dream film (he was deep into research and development for the visual effects (VFX) in Fan) and that’s when it happened," said Sharma, adding that it was chairman Chopra’s idea that he produce for the studio when he recommended Katariya’s script to him.

But he does seem to have taken up the new role quite effortlessly.

“Maneesh is a completely different person as a producer," said Katariya, who has also written the dialogues for Fan. “As director, it was great to have someone around who wasn’t as chaotic as I am, to put structure to the madness. He was disciplined, particular about deadlines on script, mixing, and trailer."

But in the role of a director, Sharma is equally chaotic, added Katariya, with a laugh. To be sure, Fan, which comes three years after Sharma’s previous directorial outing Shuddh Desi Romance (2013), is his biggest film to date. He has not only taken a risk with the VFX that have gone into making of Gaurav, the fan, but also in making the dark, unconventional and undisclosed vibe of the film.

“All films, big or small, require blood to come alive. And I’m mighty impressed with him as director and how he’s told the story," said Katariya, who has watched the film.

But the commerce of it does not have the director worried. He has learnt from previous experiences like Band Baaja Baraat (that made about ₹ 17 crore in box office collections) that one may wish more people had come to watch the film in the theatre, but it is the acceptance and appreciation the film garners in the long run that matters the most.

“Like with any other film, there’s a mixed bag of emotions—you’re nervous, you’re excited. But the way I see it, we make around 700-750 films a year, and I think there are about 25-30 movies which are commercially successful. So any film is a big risk in terms of the commerce of it. So far, I’ve been doing decently. I know it’s not the greatest, but it’s not that bad. I’m an above average student right now," said Sharma