Forget carrying that charger everywhere or reaching for a power bank every now and then. Smartphones like the new Zenfone Max are ushering in big battery phones

Asus has a massive range of Zenfone smartphones in India, priced right from ₹ 5,000 to ₹ 25,000. The latest addition to this portfolio is the updated Zenfone Max. Priced at ₹ 9,999 for the variant with 2GB RAM and ₹ 12,999 for the 3GB RAM variant, the phone offers a more powerful processor and the newer version of Android than the first Zenfone Max which was launched in January and is currently selling at ₹ 8,999. What remains the same with this upgrade is the big battery, but is that alone worth your money? 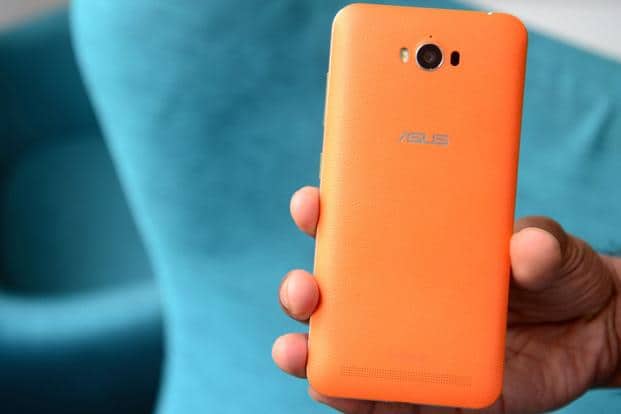 Asus has tried to mask the phone’s chunky form factor with a curved back design which results in a rather sleek spine when looked at from side-on. The curved back fits well into the palm and due to the coarse plastic finish, it really feels good to hold. The only niggle is that the phone feels heavy, and tips the scales at 204g. This is considerably more than what an average 5.5-inch smartphone weighs.

The new Zenfone Max has eye-popping colours such as orange, blue and black. The golden metal frame along the spine lends the phone solidity and adds a dash of premiumness to it.

We feel that the bezels around the screen look a bit too wide, and that has added to the overall size of the phone. There are three touch based navigation buttons below the screen, and these aren’t integrated in the on-screen interface.

The 5.5-inch display has a screen resolution of 1280x720p. Even though the screen resolution is lower than what you are getting in a lot of other Full HD smartphones at this price point, the display doesn’t look visually inferior to its rivals. While texts and icons are not the sharpest, in terms of colour reproduction and brightness the display looks as good as many mid-range smartphones. This makes watching movies and web browsing an enjoyable experience.

The phone allows users to adjust the colour temperature and also comes with a Bluelight filter mode to reduce stress on eyes. Additionally, there is a layer of the scratch resistant Gorilla Glass 4 over it, which is a bonus. The wide viewing angles work fine but visibility under bright light is a bit poor due to the reflective nature of the screen. 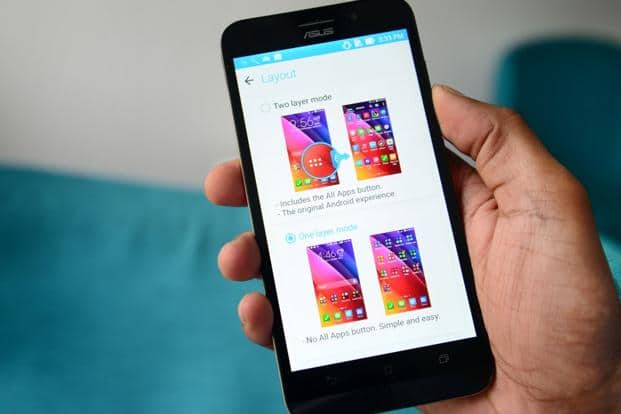 The Asus Zenfone Max retains the highly customisable Zen UI. For someone who likes tinkering with the interface, it is a treat. But for a user switching from a plain Android interface to this UI, it can be nightmare. There are far too many preloaded apps, which you may not always use.

Interestingly, the phone runs the latest 6.0.1 (Marshmallow) version of the Android OS. This means users can access new features such as the Now on Tap which shows contextual search options by pressing and holding the home button. You can also change app permissions.

Due to the heavy customisation, the UI does feel a bit sluggish at times, especially while switching between apps. It also allows user to switch between an app drawer mode and no app drawer mode where all apps will be stacked on the home screen. 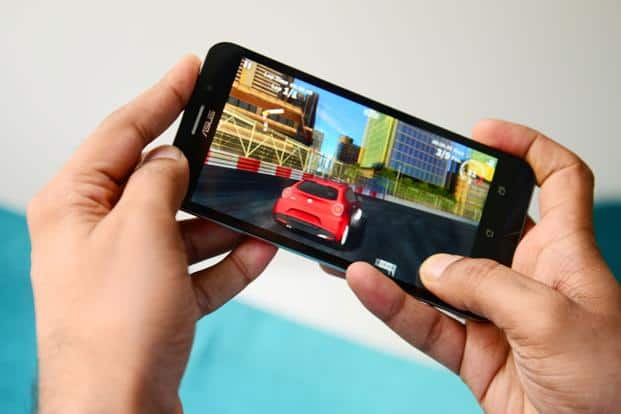 The smartphone impresses when it comes to performance. Barring the occasional lag while switching between apps (which we can largely blame on the heavy custom interface), the phone breezes through most tasks with ease. It is good with multi-tasking and can even handle games such as FIFA 16 and GT Racing 2 without any heating up or sluggishness. The phone is powered by Qualcomm’s Snapdragon 615 octa-core processor which has been used in a number of budget and mid-range smartphones and has paired it with 2GB RAM. The phone offers 32GB of internal storage and supports a microSD card.

The phone’s biggest highlight is the 5,000mAh battery which delivers two to three days of backup comfortably. This places the Zenfone Max comfortably at the top of the pack in terms of battery life, with the Gionee Marathon M5 (6050mAh), which comes close. Asus has added a Power saver mode, which adjusts processor performance, screen brightness and restricts access to features that use up more battery. It is spilt into multiple categories such as performance, normal, power saving and super saving.

The Zenfone Max comes with a 13-megapixel camera with dual LED flash. It processes images fast but takes a bit of time to lock focus. Picture quality in daytime looks impressive. Not only does it handle finer details very well, the camera also manages to get the colour right as well. Though Asus has added special modes for low-light photography, we couldn’t find any major difference in the picture quality in low-light shots.

The new Zenfone Max is ideal for those users for whom battery life is critical. The phone also impresses with its bright design, consistent camera and performance. However, if the massive battery isn’t that big a point for you, the Lenovo Zuk Z1 ( ₹ 13,499) is worth considering for its clutter-free yet highly customisable UI, sharper display, light form factor and more internal storage.