People have been up in arms against Kapil Sibal, the Union minister for communications and information technology, after his suggestion that sites such as Google, Facebook and Twitter need to screen for “offensive" content. 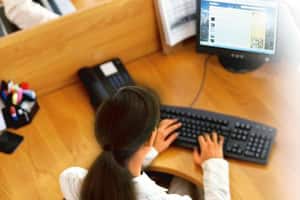 The rules for using social media without hurting yourself professionally are fairly simple and commonsensical. Mumbai-based Arvind Agrawal, president and chief executive, corporate development and HR, of the Indian business conglomerate RPG Enterprises, says employees need to keep confidential data offline, and stay away from obscenities. Mumbai-based Suman Rudra, India HR leader of the financial technology firm NCR Corp., says their company does not allow people to post personal views while sharing NCR content, and requires them to respect copyright and trademarks as well.

A spokesperson for BT (formerly British Telecom), India, one of the largest telecommunication firms in the world, said in an email interview that BT follows the same rules as the two companies mentioned above, but also requires that employees identify themselves as working for the firm when speaking about BT or the industry. The company also requires them to offer a disclaimer with such updates, stating the views are their own, not the company’s.

We spoke to representatives of 10 companies, and they all suggested that people must stay calm on social networks. BT, in fact, had some specific suggestions—don’t pick fights, be respectful, and back up statements with facts. If the other person won’t let it go, leave the conversation for some time instead of shooting off an angry rejoinder. Adobe’s Delhi-based spokesperson mentioned that as a matter of policy they do not want their employees to discuss their colleagues on social networking sites, and to carry out conversations in a respectful fashion.

On the company radar

Even if you don’t add someone from work to your Facebook or Twitter contacts, these accounts are public. And companies are constantly looking for their names on the Internet, so comments will be noticed.

Sameer Wadhawan, vice-president, human resources, Coca-Cola India, says: “As part of employee engagement, we focus on listening to our internal and external stakeholders. We are exploring opportunities in the social media space to encourage enterprise collaboration, sharing and managing information for associates working across the globe. With respect to speaking on behalf of the company, the same rules that apply to our messaging and communications in traditional media still apply in the online social media space."

In other words, as far as Coca-Cola and several other organizations are concerned—when you say something on Facebook, it’s the same as being on TV or in the newspaper.

The biggest problem today is that many companies have not formed any clear rules about the use of social media, and react to problematic posts without thinking everything through.

In March, an employee of auto maker Chrysler accidentally posted on the official Chrysler account, using abusive language and complaining that people in Detroit, US, can’t drive. The company responded by deleting the post, claiming their account had been hacked and firing the employee. Of course, people found out; the episode hurt Chrysler’s reputation.

A better response is to own up to a mistake. In February, an employee with the humanitarian organization, the American Red Cross, posted to the company Twitter account instead of her own account, talking about getting drunk at a party. The tweet could have been embarrassing for the Red Cross, but they deleted it and posted a joke acknowledging what happened: “We’ve deleted the rogue tweet but rest assured the Red Cross is sober and we’ve confiscated the keys."

When companies have clear rules about social media, it becomes easier to respond to negative posts or mistakes. For example, Intel has a full framework on the use of networks, defined by internal and external stakeholders.

Mumbai-based Sandeep Aurora, director (marketing), Intel South Asia, says Intel employees can access social networks from office, and do use it for collaboration. People from the legal, marketing, PR and communications departments all contribute to the framework, and Aurora says: “We actively make social media part of our business strategy. Unless our employees are engaged with social media, the programmes will not be successful." He adds that the company also monitors what is being said about Intel and the industry, bringing feedback inside the company to respond where appropriate, on discussions including “some financial topics, legal matters, etc."

Agrawal adds: “Social media is where the private and the public meet. We have very specific guidelines to help our employees. For example, it’s completely against the rules to use any ethnic slurs in a public conversation. Also, all client information must stay offline. We also don’t allow people to talk negatively about the competition. Sensitive work information has to stay offline of course, but discussing colleagues should be done in a respectful fashion, and no employee should post obscene material."

Each company has slightly different guidelines, and employees need to be familiar with them, because even if an organization is not monitoring employees, a careless update will wind up in circulation, leading to embarrassment and possibly, the loss of a job.

Delhi-based Pradeep Chopra, CEO, Digital Vidya, works to educate corporations in the use of social media. Chopra, who has worked with companies such as eBay, Yahoo India, Nokia India and Bharti Airtel Ltd, says: “There is a need for education in this space. Many companies are only now waking up to the importance of social media, both as a marketing tool, and for reputation management. And instead of institutionalized responses, they are taking ad hoc decisions. If an employee doesn’t know about the social media policies of their organization, there’s no mechanism to protect them today. They should raise the issue with their employers, and employees should work with the company to evolve a framework together."

While social media is a great tool for collaboration on company business, it’s also a public platform, so several companies aren’t sure whether they should allow people to use these networks for work-related use or not. The solution is to create an internal network for collaboration, so anything work-related stays within the company, and employees can use public networks freely without bringing work into it at all. People outside the company can also be added to these networks for sharing documents when needed—and otherwise, email covers the rest.

Delhi-based Minhaj Zia, national sales manager, collaboration, Cisco India and Saarc, says: “Social collaboration is the order of the day but public-facing services like Facebook have a potential of embarrassing and negatively affecting corporations. An internal network only for employees can be used much more freely to work together across large distances. Virtual teams can collaborate and get work done by bringing together content, business applications, communications and enterprise social software into a single, unified workspace."

For most employees, having separate personal and work networks is a great start, but they must remember to keep their personal networks free of references to the work they are doing, or anything related to their colleagues or bosses.