A century ago, on 15 August 1912, an iconic figure in Hindustani classical music was born in Indore. In the highly complex and orthodox world of classical music, which often does not take kindly to deviations from the hoary path of tradition, he established himself as a path-breaking vocalist. His commitment and reverence to tradition, taleem (instruction) and riyaaz (practice routine) could not be questioned, but who, at the same time, transcended the aforementioned parameters to soar free and unfettered to forge a style all his own. 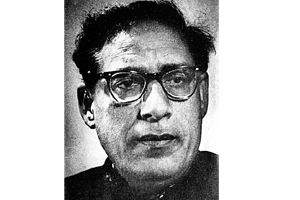 Ustad Amir Khan sahab died tragically in a road accident in 1974. I never had the chance to hear him in concert, but the legacies of creative geniuses like Khan sahab are shared by all who wish to draw from these treasures. Therefore, while his estate and assets would have been handed down to his legal heirs, his music is, in a sense, inherited by all who wish to draw from its wealth. Indeed, some of the leading singers of Hindustani classical music today borrow generously from the style of Amir Khan sahab, although many do not openly acknowledge his impact on their musicality.

It becomes necessary to try and articulate the distinctive elements of Khan sahab’s gayaki. Was it his unique voice alone that gave his music its identity and distinctive quality? If that were true, each artiste with a gorgeous voice could claim to have forged a unique style. As it happens, the specific timbre and texture of voice does help identify a singer, but that alone does not constitute gayaki. It is the manner in which the voice is used, the aesthetic impulses reflected in the handling of melody and raga, rhythm and taal and lyrics that help etch a unique style. In Amir Khan sahab’s gayaki, one notices a tranquillity that beautifully illustrates the term “itminaan". Often there is even a tinge of melancholy and poignance, but so understated that it actually adds majesty, depth and grandeur to the music rather than turn it maudlin. Grandeur cannot be crammed or tucked into tiny corners, and therefore the majesty and grandeur of Khan sahab’s alaapchari created for itself large expanses of metrical space, dragging down the pace of each unit or matra of a taal to an unprecedented sedate pace. Through the ati vilambit (extremely slow) use of taal, his music flowed unhurriedly in broad sweeps, curves, cascades and gushes.

Yet, when it came to the taan (melodic patterns sung at great speed) and sargam (use of sol-fa syllables) sections of his raga renderings, the same voice that had displayed such deep tranquillity and quiet would turn into lightning, moving unpredictably in awe-inspiring leaps and streaks and complex patterns that have left his followers and imitators in a chronic mess, trying to figure out the mysteries of “merukhand" (http://en.wikipedia.org/wiki/Merukhand). Above all else, there is a magnificent sense of deep repose, reflection and discipline in his gayaki, which is also mirrored in his persona. This video clip (http://www.youtube.com/watch?v=8vaZM-pllRE&feature=youtu.be) reveals a tall, lanky, bespectacled man with a scholarly air, gently twirling his hand occasionally as he sings. The tranquillity of his manner camouflages the mind-boggling complexity of his craft and art. The craft, subsequent generations of musicians will continue to analyse, study and attempt to master. The art will continue to inspire the adventurous among such students to seek their own voice, and abandon the stranglehold of imitation.