The biggest challenge that the makers of Fire in Babylon faced was to convince all the principal characters in the documentary, the West Indies cricketers, to speak on camera.

Co-producer Charles Steel says that when they started out around four years ago, they didn’t know if they could persuade everyone to be interviewed. “The question they would ask is ‘you guys are from the UK; why are you doing this?’ Their story is their legacy and pension. Everyone has commercial interests in it and we didn’t have the money," says Steel over the phone from the UK. 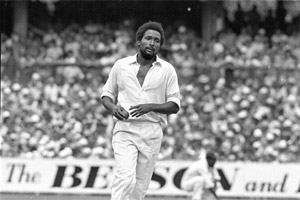 It was only after former captain Vivian Richards agreed that “everything fell into place. It was a domino effect. We did a deal with everyone to get paid the same," adds Steel. Fire in Babylon, the documentary film about West Indies cricket through the 1970s and 1980s, which released in the UK in May 2011, will release in India on 21 September as part of PVR Director’s Cut.

It recounts the defiant and total dominance of the West Indies cricket team through two decades, including the events which led to the cricketers becoming an all-conquering force that inspired a generation still struggling to emerge from racial discrimination. Told from a West Indian perspective, featuring some of the best-known cricketers from that era, including Richards, Michael Holding and Clive Lloyd, the film uses the vibrant, well-known music of Bob Marley, the Wailers, Gregory Isaacs, Faithless and Horace Andy to give a cultural perspective to the time it is set in.

“I don’t think the film was meant to represent Caribbean cricket (alone)," says Holding in an interview conducted over email and phone from the UK. “It tells the story of the development of a region and a people through cricket and music. It shows how the Caribbean region gained recognition throughout the world by the prowess of their cricketers and their music." 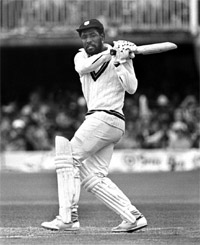 It was the humiliating 1-5 Test series loss in Australia in 1975-76 that inspired the captain, Lloyd, to start building an unbeatable team. His team was already beginning to fill up with new talent—fast bowler Andy Roberts, batsmen Gordon Greenidge and Richards had already made their debuts while Holding had played in the Test series in Australia. The team was soon to add on Joel Garner, Colin Croft and Malcolm Marshall, a formidable all-round force.

Their next tour was to England and captain Tony Greig made the mistake of saying his team would make the West Indies “grovel". Supported by some hostile bowling and attacking batting, West Indies won 3-0, and never looked back.

“Being a part of that team was a great feeling," says Holding. “We were well respected on and off the cricket field because we enjoyed our cricket, which reflected among the fans in the stands. We were not known as an unmannerly set of cricketers. On the field we were a close-knit team, but off the field, with so many different personalities, there were always certain different groups who hung out together."

Steel explains why it took a year for the film to release in India. The nature of the independent film is such that we don’t sell the rights to different territories, he says. So the film was sold in the UK first, then the US, and so on. “It was only after it did well that we got requests from India. It was a natural progression, different from when you make it in a studio," says Steel, managing director of the company Cowboy Films, which also produced the Oscar-winning feature film of 2006, The Last King of Scotland.

“It’s important to release this film all over the world," says Holding. “It can be used to inspire people everywhere and show them what a group of talented people can do for a nation and a people, for them to be recognized and respected in every sphere of life."