Home > mint-lounge > features > When in a news coverage famine...

The one magazine whose arrival I anticipate is Private Eye. Printed on terrible newsprint and with little advertising (though Audi and BMW are regulars), it reports the doings of Britain’s public figures: journalists, politicians and bureaucrats.

Private Eye also carries satire. It does this with what is called public school humour, which means upper-class. Europe’s financial crisis is shown as Greek tragedy, written by “Europides" and featuring the play We want our money Bacchae.

Some of it is popular culture. They had many years ago a section called split personalities, where one celebrity’s last name was fused with the first name of another. Ice-T and T.S. Eliot thus became Ice T.S. Eliot. The images also fused, in this instance showing a white man in a hoodie with the speech bubble: “This is the wasteland, muthafucka." Brilliant.

Private Eye is often sued for libel when it exposes some wrongdoing. One law firm, owned by Peter Carter-Ruck, often filed frivolous suits harassing Private Eye. The magazine unfailingly refers to him as Carter-Fuck. The magazine loves giving people names. When CNN’s Piers Morgan was a tabloid editor, he was Piers “Moron" Morgan. Then he became, and remains, without explanation Piers “Morgan" Moron.

The Guardian, long believed to have sloppy editing, is The Grauniad. Private Eye is a fortnightly, and so an infrequent treat.

I like The Economist, which is twice as frequent, but cancelled my subscription after they wrote something nasty about me. Cancelling didn’t actually work because they had charged for the year upfront. So I have stopped reading it instead. I hope they’ve learnt their lesson.

I subscribe to The New Yorker on the iPad. I rarely read it beyond the cartoons, and voting for the cartoon caption contest (I cannot participate by writing my own. Only New Yorkers may, though I don’t know why). I might be mistaken but I usually pick the winner out of the three options.

I don’t read Indian magazines and haven’t since 1996. I stopped reading Indian newspapers five years ago, and haven’t watched news television in the last seven. The thing is—the news is all dated. From the 1700s. Corrupt society, incompetent state, extreme poverty, illiterate population quick to religious violence and divided by caste. A parasitic dependence on Europe. All this is unchanged, and latest reports of the same thing hold no interest for me.

Why are we corrupt? Why are we illiterate? Why are we poor? This the newspapers don’t know. If they do, they don’t say. We must all try and figure it out ourselves, assuming we’re interested.

I said I had stopped reading “Indian magazines". I meant general interest ones. I still subscribe to many magazines in several languages.

In Gujarati, I get two. One is Nirikshak, an excellent liberal newsletter edited and published by my friend and former colleague Prakash N. Shah. He’s approaching 80 but is engaging and alert. I asked him how much the subscription was. He told me, and said it was for a lifetime subscription (“my lifetime", he clarified).

The second magazine is Jam-e-Jamshed, the Parsi newsletter. This used to be wholly in Gujarati but now has half its content in English. This is because young Parsis no longer read Gujarati and the obituary section gets longer.

It is like the Symphony Orchestra of India (SOI). I can tell the Parsis are declining because every year the number of those in the audience whose phones go off has risen. My idea is to ban non-Parsis from the SOI (or put them in a separate concert with Sunidhi Chauhan and Sonu Nigam, where their ringtones won’t be noticed). Some might think this extreme so I will keep the idea to myself. 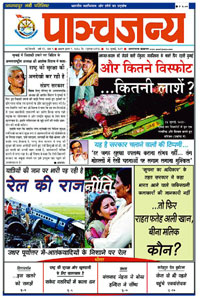 Anyway, the decline of Parsis, our greatest community, saddens me. I was schooled at the Sir JJ orphanage in Surat on Parsi charity. I hope they live forever and speak Gujarati.

I subscribe to a Sanskrit daily Sudharma from Mysore, but do not read it beyond the headlines. I get the Catholic newsletter, The Examiner, but don’t read that either. For some reason, that currently escapes me, I paid for a subscription to Madras Musings. I don’t read it but wonder why I paid for it when it arrives.

I greatly enjoyed M.S.N. Menon’s erudite columns in the Organiser, the Rashtriya Swayamsevak Sangh’s (RSS’) weekly magazine, which I subscribe to. But in getting to him one was often ambushed by the lunatic rantings of my friend M.V. Kamath and I was not brave enough to do this.

I also subscribe to Panchjanya, but the Hindi output of the RSS is worse than the English. I have theorized that Indian languages are inherently defective and unable to express modern thought (this is what The Economist took offence to. In the awful language of Indian journalists, I “stand by my story").

For a while, still talking about Panchjanya, I found the writing of Muzaffar Hussain interesting, because he wrote a clean Hindi, and with a restrained hand. Like the other Muslim Hindu fundamentalist, Mukhtar Abbas Naqvi, I place Hussain as Shia.

I wonder if anyone else notices such things.

The problem we Hindu bigots face is that there is little intellectual material available to us. Vinayak Damodar Savarkar is maudlin. Pandit Deendayal Upadhyay is irrelevant. Tarun Vijay is so embarrassing I suspect the secularists have planted him on us. This is unlike the Muslim bigot who has a wealth of muscular literature available to him. It occurs to me that this is a good subject and I reserve it for another piece. 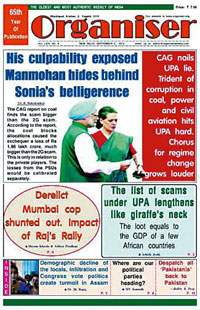 I am a subscriber of the Congress Sandesh. It never comes on time and often skips issues (no wonder the country is a mess). Roughly 80% of Congress’ Sandesh, I am not exaggerating, comprises of photographs of Sonia and Rahul Gandhi. I understand Girija Vyas edits it. Put some heart in it, girl.

Meanwhile, piles of unread The Times Literary Supplement, The New York Review of Books, The Literary Review and London Review of Books gather on my shelves. I have retired from working, so I don’t know why I’m not reading them. It cannot be from lack of time. The reason, of course, is that I’d rather read the book instead of the review of the book.

On the Internet, I like The Friday Times of Lahore, for which I used to write a column. I translated highlights from Pakistan’s Urdu and Gujarati press. For this, I began reading newspapers in the morning, the Urdu dailies, especially Nawa-e-Waqt and Daily Jang. This was great entertainment, because they are utterly unhinged.

For the last six months or so, I have been getting an outstanding magazine called Avantika. From Kolkata, it has writing about Indian high culture, dance and theatre, but especially on Hindustani music written by a most knowledgeable person called Arunabha Deb.

The magazine I get and don’t read often enough is Economic & Political Weekly (EPW), India’s one world-class publication. It has immense range—from Allama Iqbal’s poetry to the last essay of M.N. Srinivas. Sir Peregrine Worsthorne said he tried to look clever behind a copy of Foreign Affairs. For me, such a magazine would be EPW, streets ahead of Foreign Affairs.

Two of my three all-time favourite columnists were Jeffrey Bernard, who died in 1997, and Behram “Busybee" Contractor, who died in 2001, both superb stylists. Bernard, a gambling man, who was always broke, wrote a column called “Low Life" for The Spectator in which he described his drunken life amid “fast women and slow horses". I stopped subscribing to The Spectator after he died.

Graham Greene said of Bernard that “in all the years, I have never once been bored by Jeffrey Bernard".

As high a compliment as may be paid to a columnist.