Home >Leisure >The lives of others

The lives of others

The lives of others

To a greater extent than perhaps any other literature in the world, Indian literature teems with animals. Animals serve different functions in our texts. Sometimes they are viewed anthropomorphically, as creatures with feathers, snouts and tails who nevertheless possess all the human qualities and even speak as human beings do: These are the animals of the Panchatantra and the Jataka tales.

In other texts, birds and animals rouse human beings to a fuller recognition of their powers. In the Ramayan, the grief of a female krauncha (crane) after its mate is killed by the hunter Nishada’s arrow rouses the sage Valmiki to intense emotion. The elevated, rhythmical words that emanate spontaneously from him then are, he realizes, shloka, or poetry, and this is given as the origin of the great epic. 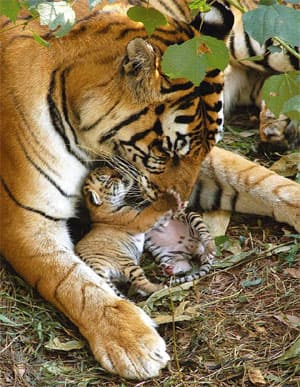 But as contemporary animal rights activists and a number of influential philosophers such as Peter Singer hold, animals are important not just for what they mean to us by way of food, clothing and spectacle; they are important in themselves and should be seen, for both practical and moral reasons, on their terms and not on our terms. Indeed, we forget how much we share in common with animals, from genes and sexual and familial instincts all the way down to highly particularized individual natures. We need to think about an ethics not just for other humans, but also for the other living beings with whom we share our planet.

Certainly, it is difficult to recall another Indian text in which animals are bestowed with such particularity, beauty and dignity as the Assamese writer Dhruba Hazarika’s book of stories Luck. Despite having protagonists who cannot speak, some of these stories beautifully dramatize patterns of moral reversal. The opening story, The Hunt, the very title of which gestures at human predation, perhaps best illustrates Hazarika’s narrative universe.

Of course, Hazarika is well aware that animals, as much as human beings, are themselves, to use Tennyson’s famous phrase, “red in tooth and claw". In another story, The Leopard, it is the tiger that tears into the body of a cow that has strayed; later, the beast is itself slain by villagers as it attempts to make a second kill. Yet there is more to the story than this. “Some days later," Hazarika ends poignantly, “a villager found two starving cubs beyond Blue Mountain."

Indeed, the leading characters of these stories are all animals and it appears sometimes that the only reason humans exist in them is as the thinking and speaking mind that observes them and spins out their stories. This creates a paradoxical situation where, despite having mainly generic qualities, animals come through very strongly in the text—even the title story Luckrefers to the name of the protagonist’s pet pigeon—while human beings, possessors of personality, language and history, are strangely muted presences even as they thrill to the sight of chickens, dogs and vultures. Like some of Hazarika’s narrators, who shrink from human company and much prefer the companionship of animals, these stories are themselves somewhat too one-dimensional and repetitive to work as a whole.