What do you get when you take two weeks of assumed and lost identities, political turmoil, action and inaction, cultural imperialism, melodrama and technological experimentation, and present them under one banner? A festival that is “quite an eyeful", says National School of Drama (NSD) chairperson Amal Allana. 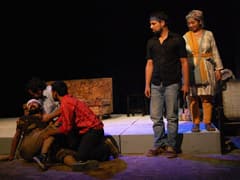 In the Capital, the festival will feature 65 plays—51 from India and 13 international productions. The festival will open with a performance of Awagha Rang Ekachi Zaala, a Marathi play directed by Ashok Samel, about Appa Velankar, a well-known kirtankaar (singer of religious songs) and his family. The play highlights the rich tradition of the kirtan form juxtaposed against the growing popularity of fusion music.

Of the foreign plays in the festival repertoire, some make great use of video and lighting. Allana specially mentions The Painted World, a production from the Czech Republic that works with black light, and Black Tie, a German play “with very interesting use of lights and video". There will also be plays from Japan, Bangladesh, Pakistan, Afghanistan, Germany, Nepal and Poland.

This year’s festival focuses on youth, and 10 young and emerging directors have been invited to present their work. These include Mohit Takalkar’s Matra Ratra from Maharashtra, NSD alumnus Jyoti Narayana Nath’s Enai Lok Kotu Dekha Nai (which is about a person’s priorities in life) from Assam, and Asif Ali Haider Khan’s Fifty-nine Minutes Sixty Seconds (about the last hour of the lives of six Naxalites). Also, 10 established directors such as former NSD director Ram Gopal Bajaj (who has remade Laila Majnu), B. Jayashree (who has revived grandfather Gubbi Veeranna’s company play, Sadarame) are among those invited to present their plays. There are also several plays based on stories by Rabindranath Tagore. 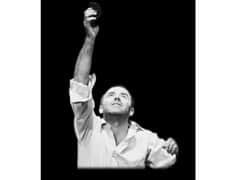 For timings, play synopses and other details, log on to www.nsdtheatrefest.com