Thanks for Visiting Mint
You seem to have an Ad Blocker on. Please turn it off in order to continue, or whitelist Mint
HOW TO TURN OFF AD BLOCKER
OR
REFRESH IF YOU ALREADY TURNED OFF THE AD BLOCKER
Home >Leisure >OS. OH YES

Suddenly, for no fathomable reason, operating systems around me are crashing and burning. Helter-skelter. First the BlackBerry operating system (OS) conked out. It kept loading, going to the home screen, and then...nothing. It has now been dispatched to Berry intensive care for recuperation. And then, over the weekend, an otherwise dependable Sony Vaio laptop with Windows slowed to continental drift speeds (yes. Windows Vista. I blame it solely on persuasive Microsoft marketing). This was shortly after a perky little Eee PC in white, loaded with a trimmed down version of Windows XP, erupted in a Blue Screen of Death.

What in Steve Jobs’ name was going on? Every operating system in sight was going belly up before I could say “Wait. Do I have a backup?"

Thankfully I did have backups. This soothed the pain and inconvenience.

But there is something about fiddling with operating systems that separates the geek men from the geek boys. Pull aside even a fairly advanced iPhone-browsing, Kindle-reading, 3G-anticipating tech geek and ask him to replace the operating system on your device. Chances are he’ll run away “to do some R&D" and never come back.

Operating systems have historically been big, messy, intimidating bundles of software. What made them quite repulsive was that they usually had only one way of installing correctly. But potentially a thousand ways of failing miserably. And mysteriously. Anything, I’ve come to realize, can interrupt, inhibit or irreversibly terminate an OS installation session.

Power fluctuations, bad DVDs, tiny little hard drive errors and even looking at the computer sternly for too long could crash an installation and waste hours of effort.

Which is why so many people never, ever replace the operating systems on their computers. Even if there are perfectly good, fully functional and completely free operating systems you can download from the Internet. As long as most things work and you can do the basics such as browse and email, most users tend to stick with horrible operating systems, such as Windows Vista, which has no place on the planet except, perhaps, in Guantanamo Bay. 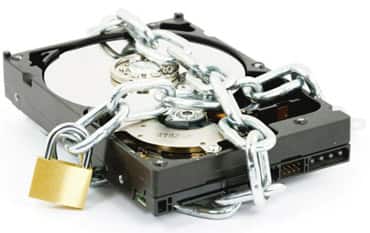 System overhaul: Take a backup of your data before reinstalling OS.

“Tell us where Bin Laden is or we will make you change the desktop wallpaper on this Vista PC with VERY, VERY LITTLE RAM!"

In 2010, there is really no need to be so afraid of operating systems at all. If you have a computer, or even an old iPod, you want to give a fresh lease of life, there are excellent free operating systems that you can download, install and use without blowing up anything.

For the Vaio, in addition to Windows, I installed Ubuntu, a free Linux-based operating system that does more than just the basics. It comes with a Firefox browser, media players and an office suite and, most importantly, is quite fast and clean. And for the entirely tech averse there is a Windows installer that installs Ubuntu like any regular program. Open source, mind you, does not mean ugly and buggy. Ubuntu versions have got better with each release; they look nice, feel nice and the learning curve for most Windows users is not too steep. One of the most common problems with swapping OS types is that the new system might not work well with existing hardware. In my case, Ubuntu seems to be getting along with everything except the webcam. I can deal with that.

The Eee PC is a netbook with little memory and lean processing capacity. The regular flavour of Ubuntu would be too much for it, so I chose Easy Peasy, a variant of Ubuntu specifically designed for netbooks. Downloading and installing it on the Eee PC was painless. And for a small, light bundle of code, Easy Peasy packs a solid punch. Perfect for the no-nonsense netbook platform.

So next time you feel like giving your computer a complete makeover, don’t rule out an OS change. Things are better now. Just make sure you have backups before you start.

Play Things is the official tech and time-pass blog of Mint. Click here for a dose of cool tech gossip and online merriment.