A project by curators, architects and Mumbai's rehabilitated slum residents, inspired by the 'open letter'

For a motley group of artists and urban practitioners, Mankhurd, a Mumbai suburb with many colonies built under the Slum Rehabilitation Act, is prime estate. It recently rented, and fixed up, a shed attached to the Sindhu Housing Society (building No.21) of the Lallubhai Compound with the aim of creating a community-oriented exhibition space.

R and R, which opened its first exhibition, Letter Opening (Khulti Chitthi), on 29 May, is rooted in the intersection of art and community. 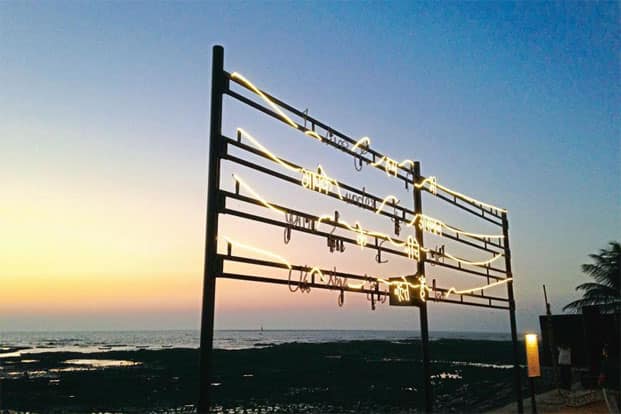 The initial catalyst was Draft, a year-long project initiated by Dang’s curatorial outfit Khanabadosh in collaboration with the Institute for Contemporary Art Research of the Zurich University of the Arts, which intended to look at the effect of art in the public realm in nine cities around the world. Dang invited the members of CAMP, Shetty and Gupte to form the Mumbai Collective.

“We were working off the idea of what it is to claim public space," says Gupte, who like Shetty, is a faculty member at the School of Environment and Architecture, Mumbai. “(The residents) had a letter from the MMRDA (Mumbai Metropolitan Region Development Authority) to the effect that they could use the (shed), as long as the MMRDA was informed about the activities (conducted there). We wanted it to be an ‘open’ space, so we decided to make it more like a pavilion—using metal and PVC sheets. The metal work was done via a grill-welder in neighbouring Kurla, the roofing is recycled tetra packs compressed into sheets, which also is great for this space as it doesn’t heat up," says Gupte.

As the group’s curatorial note suggests, the open letter is important particularly because “it asks who writes, to whom, and where…. It is a matter of ‘literacy’ but also of medium." This is precisely what the exhibition sets out to look at, as it not only presents written letters, but also communication in other formats, media and vernacular. It explores the notion that one needs a certain kind of literacy to be heard, examining, in particular, the landscape of those for whom literacy comes in other languages. 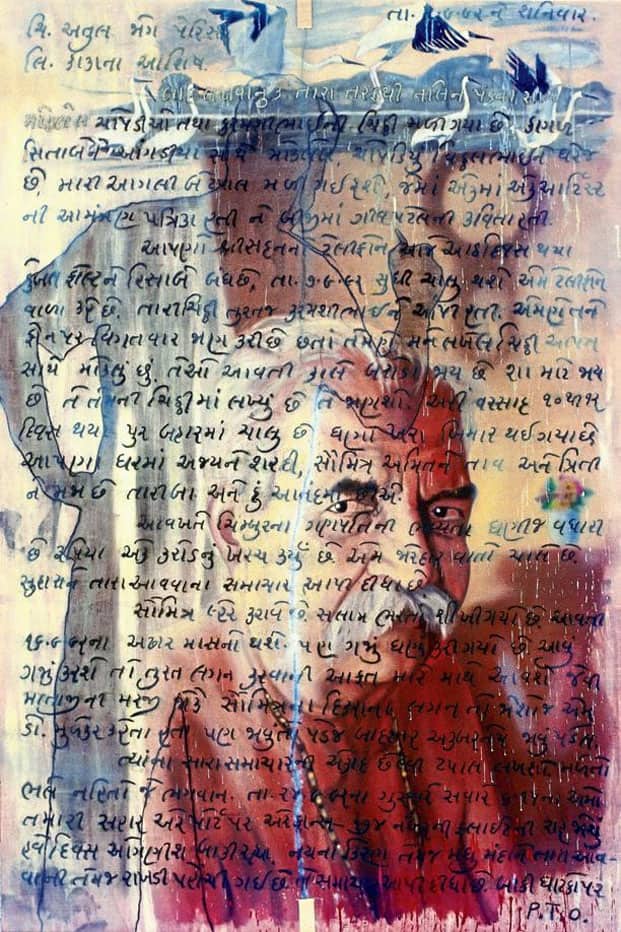 So there is the “I am not your ideal job-seeker", a 1960s job-seeker’s letter written in English dug out by film-maker Kush Badhwar, which combines tall tales with sketchy grammar; there is also Dodiya’s painting, Letter From Father, featuring a letter in Gujarati that Dodiya received from his father while studying at the École des Beaux-Arts in Paris. In keeping with open letters and the idea of multiple copies reaching out to more than one kind of person, many of the works are not originals, but prints or versions of themselves (a necessity, given the inequality between the value of the work and the space itself), but this too lends itself quite well to the idea of communicating with people.

An entire wall in the exhibition is dedicated to demolitions—the other, often ignored side of slum rehabilitation—and by extension, the idea of home and ownership. Javed Iqbal’s photographs of the Hum Nahi Hatenge movement in Golibar in Santacruz (2011) that show inventive graffiti opposing demolitions are presented alongside letters from the Ekta Rehwasi Seva Sangh (a non-profit that works with Project Affected Persons, or those living in transit camps) about fraudulent practices in the distribution of electricity to Sathe Nagar, a mere 10-minute walk from Lallubhai.

These exhibits sit next to several RTI filings by Singh, one of which addresses the 1982 demolition of police colonies in Naigaon in north Mumbai. The tableau can be read as an open letter to local residents even as it makes a case for an alternate look at land occupation and our social justice system.

“Some of us had already been working in the Mankhurd area, as activists, film-makers, etc.," says Sukumaran. “Lallubhai presented to us a kind of ‘future of the slum’ in the sense that these were ‘rehabilitated’ families from all over Bombay (Mumbai) over the past decade or so, but in a very dense, stark and difficult situation."

In its mostly grey surroundings, R and R stands out with its bright exteriors and a dark blue door that reflects the strong Ambedkarite tradition of the area. It’s situated right at the back of the Lallubhai block of buildings, so you have to cut through the ghetto-like buildings, jammed next to each other with barely any space in between, to reach it. The narrow lanes that take you through the buildings are shaded by the flags and symbols of socio-political affiliations.

“We wanted to approach (the project) with magic," says Dang, talking of the whimsical space beyond the blue door. With the evening sun streaming through the mottled green/yellow PVC sheet walls while children from the locality use crayons to fill in the makeshift multilingual colouring book (a bunch of A4 size sheets) filled with words taken from Shilpa Gupta’s 2011 installation, I Live Under Your Sky Too, there does seem to be a little bit of magic in the air.

“The word ‘art’ is necessary to produce such a sense of an infinite but also workable creative horizon," says Sukumaran. Already, a group of locals is actively working on a newly-created garden outside R and R. He concludes: “We now have fixed public open hours, and a show is up. So there are many conversations going on. What these result in, let’s all find out."

Letter Opening (Khulti Chitthi) is open to the public from Wednesday-Sunday, 4-7pm, at R and R, Building No.21, Lallubhai Compound, Mankhurd, Mumbai.