The unpretentious, honest and lucid writing of Patna Roughcut, Siddharth Chowdhury’s debut novel, left the reader wanting more. Here was a new voice rooted in a place one doesn’t come across often in English fiction. The slim coming-of-age tale featured Ritwik Ray who, having come back to his hometown Patna as a newspaper man, looks back on his adolescent and teen years— and the oddball cast of characters that populated it—with feeling and wry humour. 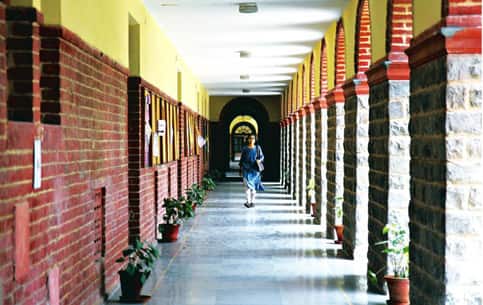 Day Scholar, Chowdhury’s equally slim and readable second novel, feels like a continuation of his earlier work. Like Ray, the protagonist and narrator Hriday Thakur is a Bengali boy who grew up in Patna. While Ray mostly talked about his life up until he turned 17 and left for Delhi, Hriday in Day Scholar picks up the thread as a 17-year-old, first-year student in Delhi University (DU).

The son of an English professor, Hriday likes cricket, doesn’t care about studies and is quite friendly with fixers and crooks who carry kattas (country pistols) and ustaras (barber’s razor) and are known as rangbaz. Knowing such characters had its advantages in Bihar in the early 1990s. Sudama Pathak is one such rangbaz. “…(H)e was a shy unassuming boy whom his friends called ‘tikki’ on account of the long rat-tail that he sported, but in the intervening two years he had blossomed into a tough little bastard," Hriday informs us. 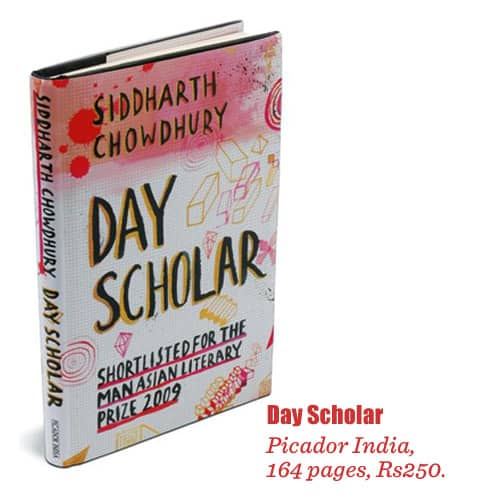 Thanks to Pathak, Hriday appears for his intermediate exams not in the classroom of the College of Commerce, Patna, but in the tea shop outside its gates where he has ample assistance. His decent marks enable him to study English literature at Zakir Husain College in DU. Pathak also helps Hriday find accommodation in Delhi in a private hostel called Shokeen Niwas which is owned by a larger than life Delhi equivalent of a rangbaz, Zorawar Singh Shokeen. The colourful opening chapter delves into how Zorawar—with a combination of charm, sexual prowess of mythical proportions and complete ruthlessness—acquired Shokeen Niwas. The book begins with a memorably coarse description of the newly arrived Hriday and his fellow hostellers spying on Zorawar’s antics in the bed. It augurs well for what lies ahead.

And Day Scholar doesn’t disappoint. Hriday’s North Campus life is typical in many ways—tea and omelette breakfasts, endless drags on Gold Flake, girls, “socials" and films at Batra Cinema. But for all his self-proclaimed lack of drive and ambition, he finds himself in the middle of plenty of action—with a Mauser during a college election campaign, for instance, or with his Punjabi girlfriend in the darkened cinema theatre.

Somewhere along the way, just as we have suspended judgement and are relishing Hriday’s accounts of his big and small adventures, his other side begins to emerge. The one that cares about his parents, feels guilty about being a wastrel, gets up at 5 in the morning every day to write short stories and, most tellingly, begins to see Zorawar and his ilk as bad people.

Sure enough, as the narrative shifts between Hriday’s DU days and his richly evoked past in Patna, Day Scholar moves towards the denouement where he is faced with a choice—to get more deeply involved with the fixer-crooks and their patrons or to embrace the world of reading, writing and literature.

The only problem is that the nice Hriday, with his didactic monologues, is not terribly interesting. Bad boy Hriday’s world, on the other hand, is a discovery for the reader—a bit far-fetched perhaps but so lovingly and convincingly etched that it feels real. Here, Chowdhury’s writing and his descriptions soar, borne aloft by irreverence and pitch-perfect funny lines.

As in his first novel, the pace slackens in the second half and some sections feel flat—his NCC teacher in Patna’s extended lament on the decline and fall of Bengalis, for instance, is vastly more real and entertaining than the exchanges at a book launch soiree in Delhi. Chowdhury’s works start off as a series of picaresque vignettes but as the tone and content become “serious" and a bit melodramatic, the reader’s interest flags.

But Chowdhury’s is an original voice—funny, sly and fresh, but also worldly wise. As he grows as a writer, one eagerly awaits his next offering.