Home > Leisure > Get out of the trap: speak up

Get out of the trap: speak up

Get out of the trap: speak up

In April 2009, Sushma*, a lawyer interested in human rights law, joined a law firm in Delhi. Alongside that, she took up a volunteering position at Jawaharlal Nehru University’s Gender Sensitization Committee against Sexual Harassment (GSCASH). The irony of the situation was this: The values that Sushma fought for as a GSCASH member on weekends were systematically getting eroded at her job on weekdays.

“From the very beginning, I got an uneasy vibe about my (immediate) boss. He knew I lived alone, and would ask me what my weekend plans were. He would then add how lonely he was on weekends," says Sushma. Her boss took care to issue these invitations verbally, and when they were alone. He would often call her on the pretext of work; the conversation would then lead up to more lunch and coffee invitations.

Once she made it clear that she wasn’t interested in any relationship outside of work, he started undermining her professionally. “He began giving incorrect feedback about my work to the big boss. I would write drafts that were never submitted and be given incorrect email addresses of clients," she says. 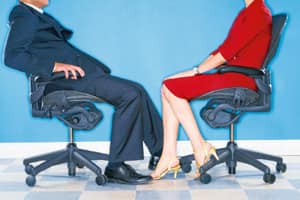 The 1997 guidelines came when women’s groups from all over the country came together on the platform of Vishakha to petition the Supreme Court after the gang rape of Rajasthan social worker Bhanwari Devi. The Supreme Court went a step further than usual to state that the guidelines would have the effect of law.

In what came to be known as the Vishakha judgement, the Supreme Court ruled that sexual harassment is not confined to rape and assault, but includes “such unwelcome sexually-determined behaviour (whether directly or by implication) as physical contact and advances; a demand or request for sexual favours; sexually coloured remarks; showing pornography; and any other unwelcome physical, verbal or non-verbal conduct". On paper, the law is “woman- oriented", adds Singh.

Why women shy off

In practice, very few organizations have a stringent redressal mechanism in place. “There are international organizations that have strict rules on the issue in their offices abroad but here in India they try and circumvent the rules by having different rules," says Anitha Shenoy, advocate on record at the apex court who specializes in human rights and gender issues.

First, it is very difficult for women to even make a complaint because most often they are harassed by their superiors. “Even when they do dare complain, they are victimized. This has happened in 99% of sexual harassment cases overall in India. No action is taken against the culprit, nor are any committees formed," adds Singh. “Organizations either try to hush up such matters, or settle with the women," she adds.

This is what deters women from speaking up. “Most women don’t complain because of fear of losing their jobs. They only raise these issues when they are leaving or have already been thrown out, when they think they have nothing to lose. Which also gives a chance for the management to say that she’s complaining because she’s been thrown out. Not speaking up doesn’t really help," says Shenoy.

In case a woman faces sexual harassment, this is what she can do: First, try to keep a record of everything. “Save all emails, text messages, every little thing. If harassment is verbal, protest to your senior, in writing and send a copy to the management," says Singh. Second, file a written complaint with the management. She must have something to show the court. Ideally, the organization should support her by constituting a committee that will examine her case. “If they refuse to cooperate, she can make a complaint in the police station or file a writ petition in the high court to implement the Vishakha judgement," adds Singh.

Most importantly, however, the woman herself must be convinced of the seriousness of the issue. “Most people—at times women themselves—don’t believe it’s a heinous crime that compromises work ethics," says Shenoy.