Thanks for Visiting Mint
You seem to have an Ad Blocker on. Please turn it off in order to continue, or whitelist Mint
HOW TO TURN OFF AD BLOCKER
OR
REFRESH IF YOU ALREADY TURNED OFF THE AD BLOCKER
Home >Mint-lounge >One box to net them all

One box to net them all

One box to net them all

Starting this week, residents in the UK will be able to enjoy the same streaming video delights of Netflix that American users have been raving about for years. Netflix has recently shown a tendency for PR mishaps and business tomfoolery. But overall it is a service my stateside friends seem to rave about. And while recently there has been some doubt about the ongoing profitability of the company’s business model, it continues to deliver content to some 25 million people all over the world, most of them American. 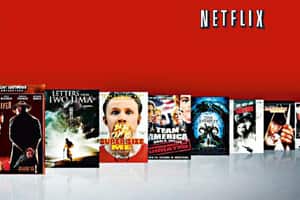 But in case Palin’s cheerful harmlessness and juvenile enthusiasm gets too distracting, I can always listen to some Mozart on my iPhone. This time the music is streaming from the Spotify app. Unlike Netflix, which I am trial-ing, I do have a £9.99 (around ₹ 810) monthly subscription for Spotify. For a flat monthly fee I get to listen to as much streaming music as I want to, and I get to carry around some 3,300 songs offline on up to three devices at a time. Think of it as a digital music rental service with an insane rental limit. When you get bored of the 3,300 on your iPhone, you can swap them for fresh tracks. And the choice on Spotify is pretty exhaustive (I’ve found everything from chart toppers such as Adele to obscure Scottish violinists).

All of which makes me wonder: Will I ever really own content again? Why would I buy CDs and DVDs when I have the on-demand comfort and convenience of Spotify and Netflix? And at prices that most content consumers can easily afford. Netflix will charge UK customers £5.99 per month for unlimited streaming of a massive catalogue of films, TV shows and documentaries. That is only a shade more expensive than buying a single DVD of The King’s Speech from Amazon right now. Spotify costs twice as much but has that delightful offline listening function. 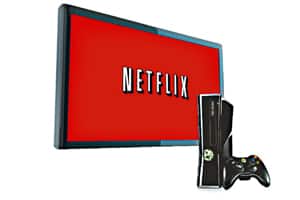 In five years, I suspect, households in developed markets such as the US and UK will have a single box under their TVs that will integrate live and on-demand content. If rumours are to be believed, Apple might integrate this into new TV sets by the end of this year. Google has a TV product that has been launched to middling reviews. Already, I’ve spent hours watching an Internet stream of TV channels on my Xbox. And the experience is every bit as good as watching it on the exclusive set-top box (STB) my cable connection comes with.

Imagine an STB that works like your smartphone. Out of the box, it runs content off USB drives and discs. Hook it up to an Internet connection to stream YouTube. Fancy some BBC, NDTV or Times Now content? Download the apps, pay the charges and you are set. Buy movies piecemeal if you wish. Or pay for a Netflix subscription if you are a movie fiend.

In this scenario, all you need, besides the box and power, is an Internet connection. Nothing else. No cable guy with his fiendish packages, and no plethora of channels you never watch but pay for. Good news for content producers too. Broadcasting a channel is simply a matter of putting up an app for sale. And viewership data is as razor sharp as Web traffic reports.

Write to Sidin at businessoflife@livemint.com