It is an article of faith in Bangladesh that three million people died in its war of independence in 1971. At that time, the population of the former East Pakistan (which became Bangladesh) was about 70 million people, which means nearly 4% of the population died in the war. The killings took place between 25 March, when Pakistani forces launched Operation Searchlight, and mid-December, when Dhaka fell to the invading Indian Army and the Mukti Bahini forces (who was aiding whom depends on which narrative you read— India’s or Bangladesh’s). As per Bangladesh’s understanding of its history, the nation was a victim of genocide. Killing three million people over 267 days amounts to nearly 11,000 deaths a day. That would make it one of the most lethal conflicts of all time.

One of the most brutal conflicts in recent years has been in the Democratic Republic of Congo, where the International Rescue Committee reported that 5.4 million people died between 1998 and 2008. A more thorough Canadian analysis now concludes that the actual figure is about half. At 5.4 million deaths, the daily death toll would be around 1,500; at 2.7 million, around 750. Was the 1971 war up to 15 times more lethal than the Congolese conflict? A history of violence: A scene from the bloody conflicts of the 1971 Bangladesh war. Photo: Getty Images

In Dead Reckoning, the Harvard-trained Oxford academic, Sarmila Bose, tries doing that, arguing that Bangladesh has believed two national narratives—that it was an innocent victim, and that it fought bravely. She challenges both notions, causing considerable hurt, and even a sense of betrayal, among many Bangladeshis. Bose is Bengali, from India, and the grand-daughter of Sarat Chandra Bose, the elder brother of Subhas Chandra Bose. How could she let the side down?

Bangladeshis welcomed Bose warmly when she began her study, and many intellectuals, historians, academics and survivors told her their stories. She also went to Pakistan, and remarkably, was able to get the cooperation of many Pakistani commanders who participated in the war. Pakistan’s army is not entirely an accountable organization to begin with, and except for a judicial commission in 1971, which was set up to examine the narrow question of what led to Pakistani defeat in the war, there hasn’t been a serious attempt to understand what happened. Any effort to get Pakistani generals to talk is welcome, particularly since the war crimes trials, set to begin in Bangladesh soon, will not try Pakistani nationals, but only Bangladeshi perpetrators and collaborators.

Those seeking justice will end up being perplexed after reading Bose’s account, because she makes a valiant attempt to show the Pakistani army as one trying hard to operate professionally, and in many cases acting with restraint. Bangladeshis don’t have an appetite for such a narrative—a recent film, Meherjaan, a love story between a Bengali woman and a Pakistani soldier during the war, had to be withdrawn from public release following an outcry. 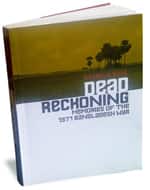 She notes how a Bengali officer mis-remembers the name of his Punjabi counterpart, or how the testimony of the sole Bengali survivor of a massacre can’t be corroborated. But she accepts when she hears of tens of thousands of Biharis (Urdu-speaking, non-Bengali East Pakistanis) dying at Bengali hands. She disparages Mujibur Rahman’s Awami League’s overwhelming victory in the 1970 elections, when the party won 160 of the 162 seats, giving it an absolute majority in the combined Pakistani legislature, by pointing out that only 56% of East Pakistanis voted in the election, when by the standards of most democracies, that’s a reasonable turnout.

Yahya Khan, the dictator who ruled Pakistan at that time, has been the butt of many jokes even in Pakistan, and observers of Pakistan’s politics like Tariq Ali have blamed him for strategic and tactical blunders. Bose’s Yahya is reasonable, trying to get two recalcitrant politicians— Mujib in the east and Zulfiqar Ali Bhutto in the west, who hadn’t secured a majority, but still wanted to be the prime minister—to talk, but who is almost reluctantly driven into using force in the east because of Bengali secessionist demands.

Some statistics are impossible to establish. There has been controversy over the number of rapes Bangladeshis cite (up to 400,000), and Bose’s account hardly mentions rapes, implying that the issue may not be that big. That is peculiar, considering that even in normal circumstances, rape is an under-reported crime, and in a subcontinental context, more so, given the inevitable stigma.

One can debate whether the 1971 conflict fits into the precise legal definition of genocide. But even if it is not genocide, far too many terrible things were done to far too many people, whose dreams of redress and justice remained unfulfilled for too long.

Bose is right in pointing out that the conflict was a complex one. She prefers the Pakistani characterization of the war—that it was a civil war—over the Bangladeshi preference—that it was a war of independence. As evidence, she shows the Awami League negotiating for a solution till early 1971, implying that linking Bangladeshi nationalism to the language agitation of the 1950s was an ex-post-facto justification, rather than a well-thought strategy seeking independence. That is an interesting point, but Bose doesn’t develop the argument further. And she refutes an argument not many reasonable people have made, when she says that Mujib was not leading a non-violent movement.

She writes of several incidents in which Pakistani soldiers act in a humane way. Clearly, every Pakistani soldier was not evil incarnate, nor every Bengali nationalist an angel. And yet, Pakistanis won’t find Bose’s account comforting-some terrible atrocities are documented here. Bangladeshis should not ignore it either. They should rise to the challenge and document their own suffering more accurately.

Missing is the simpler grand narrative: that a nation with two halves separated by 1,000 miles with little in common except faith, was probably a bad idea to begin with. And when the part which felt discriminated against, protested, and demanded respect, cultural autonomy, and greater resources, even winning a majority in nationwide elections, the dominant half ignored the verdict, sent troops, and killed tens of thousands of people, before surrendering to a guerrilla force assisted by a superior army, but not before destroying the new nation’s physical infrastructure and killing intellectuals who could have helped lead the country.

Call it what you will. It was terrible, and it remains a crime against humanity.

Salil Tripathi writes the fortnightly column Here, There, Everywhere in Mint and is researching a book on the 1971 war.