Notes from the Red Corridor

Notes from the Red Corridor

Mao is alive and kicking in India, and how. Jailbreaks, frequent guerrilla attacks on security forces, the emergence of parallel governments in so-called “liberated zones", and the victory of Maoists in neighbouring Nepal have woken Indians up to realities that for decades they could afford to ignore. Not only have the persistent failures and the eventual retreat of the state been clearly exposed, the dismaying possibility of a “Red Corridor" stretching, like a gash on the Indian subcontinent, from Nepal all the way down to Andhra Pradesh has also been raised. 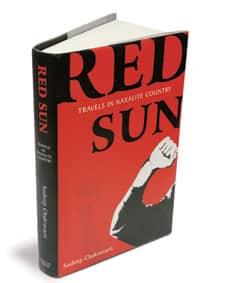 Who are these Indian citizens who want nothing less than the total destruction of the Indian state, of the Constitution, of democracy? What does their rise reveal about the apathy of the Indian state towards some of its poorest and most marginalized subjects, particularly the tribals? To what extent has the state’s response only exacerbated the problem, and what is the condition of the innocent people trapped between two ferociously warring forces? All these questions are answered by Sudeep Chakravarti’s fascinating work of reportage Red Sun: Travels in Naxalite Country.

Although Chakravarti wanders through Andhra Pradesh, Bihar, Jharkhand, West Bengal and Nepal, the region for which he reserves his closest attention is the tribal-dominated area of Chhattisgarh. The reason for this is that Chhattisgarh is not only a hotbed of Naxalism but also of a controversial state response, the Salwa Judum (a phrase from the local dialect translated either as “Peace March" or “Purification Hunt"). In contrast to Andhra Pradesh, where the counter-insurgency is run by a specialized police force, the Greyhounds, the Salwa Judum movement aims to co-opt the tribals themselves into the fight against the Maoists by ushering them into large, easily guarded “resettlement" camps and employing and arming some of them as Special Police Officers (SPOs).

This with-us-or-against-us approach views tribals one-dimensionally—as the potential constituency of Naxalism which must be pre-emptively herded away—and only further aggravates the squeeze made by the Maoists on the tribals for food, cash and manpower. In one heart-rending section, Chakravarti moves from the squalor of a Salwa Judum camp, which looks like any urban slum, to a cleared-out forest settlement nearby, one in which the tribals at least eked out a living no matter how perilous.

Although the Maoists feed off decades of class and caste oppression in the Indian heartland, and exploit the angst of the widening gulf between the booming urban India of the haves and landlessness and joblessness of the rural have-nots, they are themselves by no means as principled or as selfless as they sound. Sometimes the door they open reveals only a new chamber of horrors, such as that of their gruesome Jan Adalats, their internal justice system that perpetrates outrages every bit as heinous as those of the state. Their rejection of democracy as a bourgeois sham and their dogged adherence to Maoist doctrine would be comical were it not so troubling—Chakravarti meets several revolutionaries, both current and lapsed, whose genuine anger and despair gutters into talk of the “objective conditions" for a full-fledged revolution that will topple the state.

And sometimes the Maoists themselves become co-opted into the very nexus they decry. A recent piece by the journalist Prashant Jha in Himal described a convenient détente between Maoist forces and Madhu Koda’s government in Jharkhand—one in which both parties siphon off funds released by the Centre for counter-insurgency—and showed that the “new man" extolled by Maoist rhetoric is not all that different from the “old man" he seeks to exterminate.

The form of Chakravarti’s book is quite distinctive, and almost mirrors its subject. Just as there is something shadowy and amorphous about the Maoists—now advancing, now lying low, at times rejecting the state and at times participating in elections, their commanders working under aliases and their cadre secreting themselves away in the great jungles of the Indian hinterland—so too the sprawling narration of Red Sun proceeds in a piecemeal, zigzag fashion, as if working through a low-visibility zone.

Chakravarti mixes travelogue, interviews, reportage and analysis, quoting here from a Maoist document, there from a taped exchange between police officers, and ferreting out both state apathy and revolutionary excess with an unflinching and often mordant gaze. Red Sun proposes no easy answers, but the author succeeds in his aim of “tearing the veil" off a crisis from which we have averted our eyes for too long.

Respond to this review at lounge@livemint.com