Home > mint-lounge > Veil over the bed

Veil over the bed

Veil over the bed

We need to face a horrible truth and it is best if I say it up front and without circumlocution. Indian writers are like writers anywhere else in the world. The Nigerian writer grapples with the emptiness of the blank page and the French writer is suddenly struck by the horrid feeling that no one could care less and the Japanese writer wonders what word comes next. Indian writers have the same problems. There are a few brilliant ones, some good ones and many mediocre ones, a bell curve like any other.

And in keeping with this awful truth, one that goes against the commonly held belief that India is in some way special, Indian writers don’t write well about sex because writers in general don’t do too great a job of it. Even the poets of India have given it their best. Dom Moraes portrays himself looking into his aunt’s cleavage in his autobiography. Nissim Ezekiel offered us images of love, a woman taking her breasts out unasked, a wife eager for sex on the wedding night, a pair of lovers at a café, a woman naked on a bed. Indian women poets have been savage in their examination of love and sex. There is Kamala Das’ frank allowance for vulnerability, her love poems to her husband, and her image of crossing town to sleep near a lover, and Sujata Bhatt’s poem White Asparagus that takes in pregnancy and the penis. And now, Tishani Doshi is going where these women went before.

So, before we dismiss the Indian writer as a non-starter in the bedroom, take a look at the bad-sex prize list. Who’s on it? Representations of every nation of the Anglophone world. Some of these have borne the yoke of colonialism, but not all of them. Some of the chaps on the list have come from nations which have colonized. Perhaps the cause lies even deeper than the ordinary and boring colonial explanation, which holds that Indian sexuality was crippled by the arrival of the British with their Victorian morality and their notion of what could and could not be done in bed. Of course, this begs the question. The assumption is that we were a jolly nation, laughing and skipping about and generally having as much sex as we wanted, until the British came along. No, the problem is with the language itself.

Greek has three words, or so we studied some aeons ago: agape, philia and eros. Hindi has mohabbat, prem, pyaar, ishq and now, love, at least for those who write the scripts for Hindi films. Those who write in English only have love. They must take it from the kitchen to the altar; from the salon to the bedroom. 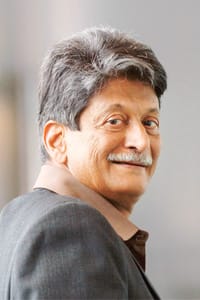 Writing about this should be easy.

But leave those who are about to have sex alone for a moment. Avert your eyes from their wonder at each other, the readiness of their bodies. Look towards the foot of the bed. There stands the author, feeling a little uncomfortable. She is wondering whether she should be here at all, playing voyeur in the lives of her characters. He—for we need to be gender unspecific here, for this discomfort is not one that is only felt by women—is wondering how he should write about it, if he chooses not to draw the veil over the bed and depart to the next chapter or to the post- coital cigarette, often the source of as much guilt as the lovemaking. Should he be matter of fact about their bodies? One of the surest ways to diffuse any accusations of pornography is to have some sagging and some marking. Should he be romantic and turn her body into alabaster and his into adamant? Should he try for the Henry Miller tone of the Tropicsor for the Roald Dahl mode of My Uncle Oswald? In other words, should he aim for the deeply sophisticated continental voice or the rambunctious refusal to take anything seriously? Suppose s/he decides to write the sex scene anyway. Suddenly, the world is very much with the author. As s/he types, “His co…", a child pops up behind and begins reading. At this point, future readers pop into her/his head. Mom always swears she reads his books. Will she wonder how he thought that up? And the neighbours. Will they be listening at the walls for sounds that suggest something other than vanilla sex?

But s/he forges on. Once again, the language offers no quarter. There are only two modes: the pornographic and the medical. He can either insert his penis into her vagina or he can stick his dick into her cunt. Now that Mills and Boon have launched in India, no doubt, there will be many writers considering how to talk about the feminine core of her being and his masculine hardness.

Why is so much writing about sex bad? Because the act itself is clumsy. Because it makes us vulnerable to each other and the world, which explains why so many French farces have naked men in cupboards. Because it is a moment of huge exaltation and of intromission.

Now get that into an elegant sentence. Jerry Pinto is the author of Helen: The Life and Times of an H-Bomb.