Lenovo has been focusing on the battery capacity of its smartphones. After the Vibe P1 ( ₹ 15,999), the Chinese smartphone maker has launched the Vibe P1m ( ₹ 7,999). But does it have anything to offer other than a big battery? True to the big battery phone tradition, the P1m has a fairly chunky form factor. However, it doesn’t really feel bulky in the hand, primarily because it weighs only 148g. The back cover feels more like rubber even though it is made of plastic. This improves grip and the metal frame boosts the phone’s looks. The phone has a nano coating for protection against rain and water spills. Apart from the usual volume and power buttons, it has a battery switch that can turn on the battery-saver mode—this is a first in an Android smartphone.

The P1m has a 5-inch in-plane switching (IPS) display with a screen resolution of 1,280x720pixels. The quality of the display is good. The colour looks real, the text is crisp, and the viewing angles are flawless. Unlike any other affordable smartphone, there are no reflectivity or visibility issues, though the screen does collect dust and smudges.

Overall, it is one of the best smartphone screens in this price band. But the Asus ZenFone 2 Laser has a bigger display (5.5 inches; 1,280x720p) with a layer of Gorilla Glass 4 over it. This is the one to consider If you prefer a bigger screen size. The Vibe P1m runs the Google Android 5.1 (Lollipop) operating system with Lenovo’s own Vibe user interface (UI) over it. Besides the Google apps, it comes with some Lenovo apps, such as Sync it, Shareit and Backup, pre-installed. The interface looks sophisticated and is better organized than the Zen UI used in the Asus ZenFone 2 Laser. For example, the icons look well spaced in the Vibe UI, whereas the Zen UI leaves too much space between the app icons. The Asus ZenFone Laser 2 offers more customization features though. Both have their good points, it depends on what you prefer. 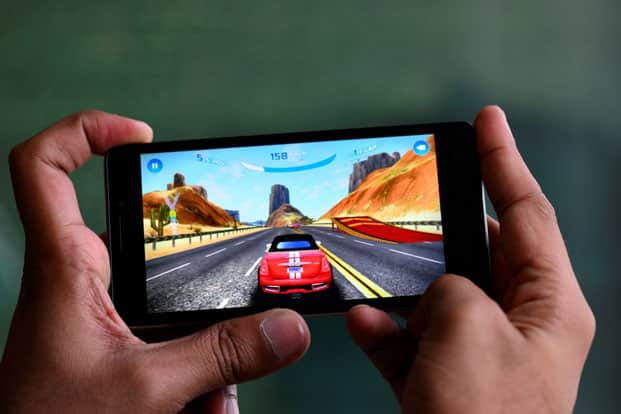 Equipped with MediaTek’s 64-bit quad-core processor and 2 GB RAM, the Vibe P1m delivers smooth performance. It handled HD movie playback, social networking and Web browsing, with more than 10 apps running in the background, quite smoothly. Though it played simple games like Asphalt Nitro well, it struggled with games like FIFA 16. The phone supports 4G.

The Asus Zenfone 2, which runs on Qualcomm’s Snapdragon 410 quad-core processor with 2 GB RAM, offers equal levels of performance, with hardly any visible difference. The phone’s key highlight is the big 3,900 mAh battery. Even with moderately heavy use, we got over two days’ backup on a single charge. The phone also features a battery-save mode, which restricts use to a few apps and functions, such as calling, messages, music, calculator and Facebook, and improves battery life considerably. The ZenFone 2 Laser has a 3,000 mAh battery, which gives over a day and a half with similar usage. The phone’s 8-megapixel camera gives good results in natural light, capturing detail and colour well. However, it lacks sharpness; the moment you zoom in, the image begins to blur. Though it supports touch to focus, it isn’t fast, and sometimes requires two-three taps to set the focus. Low-light results were poor and blurry.

The ZenFone 2 Laser’s 13-megapixel camera is one of the best we have seen in the same price range, at least in good light conditions. The picture quality is sharp and detailed, but low light performance is still not the best.

The Lenovo Vibe P1m provides smooth performance, offers long battery life and has a good display. But if you want a better camera and a bigger display, opt for the Asus ZenFone 2 Laser.